Mother’s Day Tribute To Our Mothers 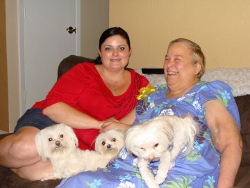 [dropcap]T[/dropcap]o honor one’s parents is the first commandment that comes with a promise–a long and prosperous life! I would like to honor my mother-in-law Susan Roaten, a true servant of the Lord. I married into the Roaten family four years ago, and even before my husband David and I had discussed marriage, Sue was buying us wedding gifts and baby blankets and clothes. She was confident that I was the one for her son, because her gift was prophecy and dreams, and when she was still pregnant with David she had a dream about me, right down to the fact that I would be called into ministry. All that the Lord showed her has come to pass. She is the one who brought me to Christ four years ago.

She is my hero. She had such a beautiful anointing, and instead of giving up on life when seriously ill, she was living the victorious life all Christians are called to. I asked her if she was one of the angels that Paul mentioned would dine with us without our knowing it. I know what the Lord looks like–I saw him in the joy in her eyes! On December 28, 2010, the Lord called her home. She was 59 years old. At her funeral there were more than a thousand people who attended, and more than half of them came up to us and shared their testimony about finding the Lord through our beautiful mother Sue. 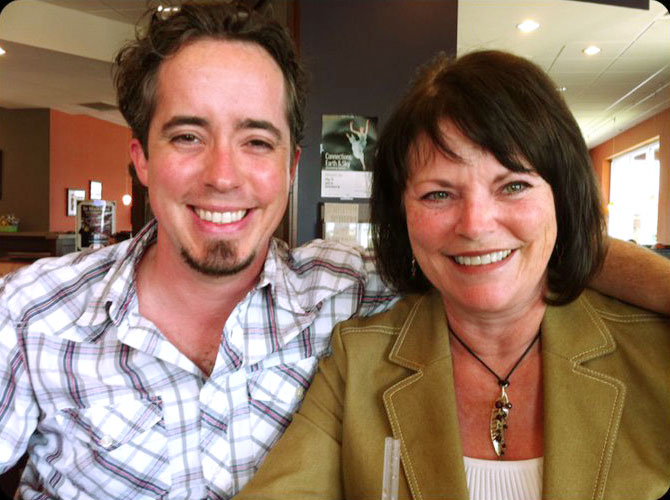 As children, my brother, sister, and I would periodically ransack drawers, cupboards, and closets all over the house in hopes of discovering goodies from our oh-so-distant youth. But the mother lode was finding treasures from our parents’ past. Toys, keepsakes, books…they were all fascinating.

But there was one keepsake that I would always go back to: my mother’s sketchbook. In my young eyes the drawings were the most beautiful I had ever seen. The pages were only letter-sized, and I don’t even know if she had drawn the pictures as a child or an adult. I did know, however, that I wanted to draw pictures like the woman I loved so much.

Today my mom would laugh if she heard me describe those simple sketches as beautiful, but they were certainly enough to set me on a path that led me to major in studio art in college and then pursue a career in graphic design.

Sometimes my mother says, “I wish I would have…” in reference to some inner feeling of motherly failure, and I stop her before she can say more. Because her three children love beauty. They’ve had the courage to follow their dreams. And they all love Jesus. I can think of no better gift a mother can give. 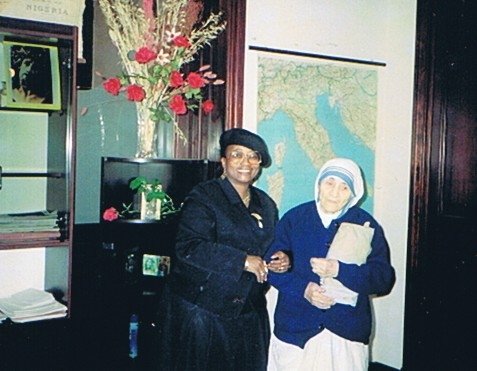 “Continue my legacy of helping others–I know you are already doing that, but I want you to do more for people in need.” These were my mother’s words to her children as she sensed her time to go be with the Lord was at hand. Her words sank in, though the thought of losing her was too much to bear. My mother believed in two things: enjoying life to the fullest and helping people to the maximum. I remember her always reaching for her checkbook and giving to people of all ages. There were times she bundled us in the car with cleaning supplies to go and clean the quarters where some reverend fathers and sisters lived. There were many times we were deprived of things because someone else needed that money.

The day she met and talked with Mother Teresa–one of her inspirations–was one of the happiest days of her life. That occasion fueled an increased desire to do more for mankind. Till her departure from us on August 16, 2007, she never stopped giving. I salute my mother, Elizabeth A. Oyairo, this Mother’s Day, and I thank God that I came to this world through her. 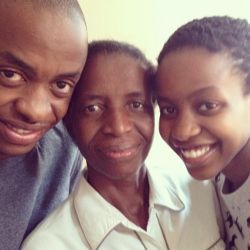 I have been thinking of so much I could say about my mother. I could talk about her patience and kindness, which she displays daily in her job as a nurse. Or the way she is playful and funny, which I see a lot when she interacts with my nephew, her grandson.

She is a woman full of life, character, and the wisdom of age. Yet in thinking of what I’d want the world to see and know about her given a chance through my eyes, it is her love that stands out the most.

It almost sounds cheesy to say her love stands out because, well, isn’t that what mothers do? But I choose to talk about her love because it is the one thing that’s changed me, challenged me, and molded me.

I’ll always remember an incident from my final year of high school. I had to pay my exam fees with a tuition top-up at the same time. She had bills to pay, a lot of them.

In her bank account she had enough to pay my fees and nothing else. She had a choice: spend that on her to-do list, which was important to her, or pay my fees. She chose the latter.

Something about that incident has helped me understand God’s love for me. And that’s the one thing Mum effortlessly does. Which is to model the love of God to me! 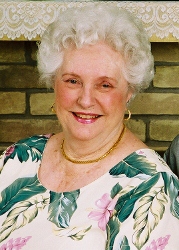 My mother was born and raised in Texas. I was also born and raised in Texas. My two brothers were not as blessed. They were born in Oklahoma! Our dad was born in West Virginia. All of our lives start in a place not of our choosing. All of our lives place us in the context with other people not of our choosing. Not every family stays together. Some appear to manage better than others. Why is this so? What’s the determining factor that holds a family together?

No doubt there are many solid and reasonable answers. For the family I grew up, a major factor was the daily choices my mother made. In our most formative years she stayed home. When we were teenagers, she worked but got home the same time we did. She stayed married to a husband with a drinking problem.

Mom exemplified her love for the Lord and His church by taking us to church. She didn’t drop us off. She attended with us. She wasn’t perfect, but she did exemplify the kind of priorities and values she wanted us to live. Thanks, Mom! 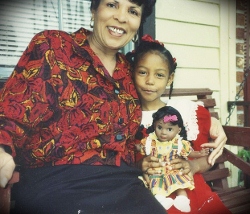 A mother’s nurturing is essential to the success of every child. Unfortunately, many people aren’t privileged enough to have a personal connection with their biological mothers.

My mother worked and was rarely emotionally available to us. My grandma took it upon herself to represent womanhood in my life. She took me in as if I were her own and afforded me the opportunities that my own mother couldn’t provide. Because of her influence, I’m the woman that I am today.

This is my tribute to the “unsung mothers” who come to the aid of needy children. On the behalf of all of the children you’ve sincerely served, I say thank you. You are loved and appreciated.

If you are interested in giving your dad a tribute like this for Father’s Day, send your picture, and tribute of no more than 300 words to editor@mannaexpressonline.com.