You better put the devil in his place 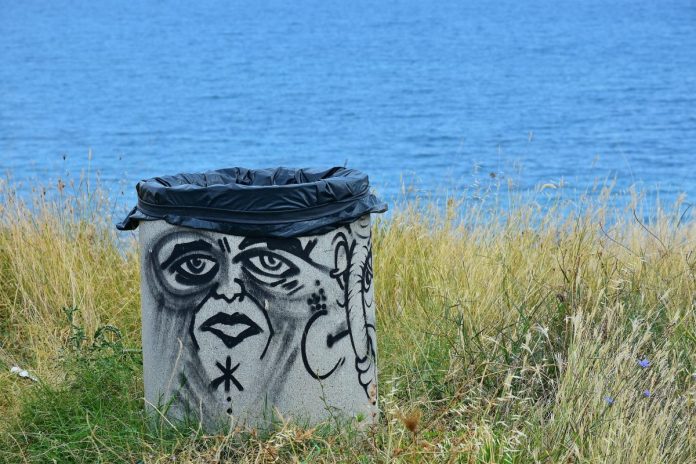 “This is just great!!!”  That was what I was thinking in my heart as seven hundred people pressed to the front of the building to be prayed for.  I had never seen a leper before, but the leper colony on the outskirts of Katmandu, Napal was no stranger to the disease. Some that belonged to that colony were now standing in the midst of many others who desperately tried to receive from the Jesus I had been preaching.   It was against the law to proselyte in this Hindu state, but this church had taken the risk passing out flyers and inviting the sick to come for a miracle.

As I stood looking at the crowd, I felt very aware of the smallness of my team and the lack of personal ability.  Still, I knew we served a big God, so I stepped into the sea of sick humanity.

A man fell onto the floor in front of me.  He began to have something that looked like a seizure.  There was white foam coming from his mouth as his body contorted.  A woman wailed and fanned him.    I had had enough experience to know this was a demon spirit, but I had six hundred and ninety nine more people waiting for prayer.  I left the man there as we prayed for all we could get to quickly.  It took a while.

At the end of the prayer time, this man was still in a weird fetal position.  He was lying in a pool of white foam and his eyes were glazed over.  I had heard of this type of reaction before, but I had not cast out a spirit like this.  I began to use the authority of Jesus against this spirit.  It would not budge.  I did all I knew to do and it would not go.  I stopped and asked the Holy Spirit what to do.  He told me what to cast out.  As I did what He told me, the man began to tear and convulse.  Then he sat up free.

The story came later of his battle with tuberculosis that would not respond to any of the drugs the doctors put him on.  He was dying.  He had given his life to Christ seven years earlier, but soon the persecution and rejection of his family drove him back to the Hindu temple where he renounced his faith and invited a spirit from the temple to enter him.  When that spirit entered him, he began to have symptoms of tuberculosis.  After several years, his body could no longer keep the disease in check.  He had opened a terrible door.  When that evil spirit left him, he was healed of the tuberculosis and gave his life back to Christ.

How can these things happen?  Sometimes we think it only happens to those that are in poor and ignorant third world countries.  We will even go as far as to think that we are exempted from the activities of demons because we go to church.  Nothing could be further from the truth.  There is no neutral ground in the gospel.

Since this is a battle, it helps to know what the rules of engagement are.  Do we have to deal with demons personally if we have received Jesus as savior, or better yet, how much can they get away with in our lives as believers?

These very questions have brought great verbal contest between those that call Jesus, Lord.  Many think we do not have to worry about trouble with the devil and will vehemently argue the point.  However, how can we explain things that seem to sit on the hearts of believers and steal their joy or health?  This man from Nepal invited this demon spirit, but can a believer do this without realizing that is what they are doing? Is it possible to open doors that will allow oppression that appears so strong it alters the believer’s perspective on life?   I want to show you some scripture and let you decide.

22 That ye put off concerning the former conversation the old man, which is corrupt according to the deceitful lusts;

23  And be renewed in the spirit of your mind;

24  And that ye put on the new man, which after God is created in righteousness and true holiness.

25 Wherefore putting away lying, speak every man truth with his neighbor: for we are members one of another.

26  Be ye angry, and sin not: let not the sun go down upon your wrath:

27  Neither give place to the devil.

We are instructed in Ephesians that the old man, or the flesh is to be put off and the new man that is created after God in righteousness and true holiness is to be put on.  There is a list of things that we don’t do anymore because we are part of each other.  The big overview of these verses boils down to what we say and our attitudes towards each other.  The renewed mind will help govern this new speech and we will not harbor the sin that goes with prolonged anger.

The interesting thing is the last verse.  Neither give place to the devil.  The word place from the Strong’s Concordance means location or opportunity.  The point being, words laced with old corruption and angry attitudes can open a place of oppression in the believer’s life.   Unresolved anger and conflict can ‘give the devil a foothold’ as some translations read. If a foothold is not dealt with in the believer’s life it can become a stronghold. This over time will become a legal place of oppression by demons.

Thank God He has already made a provision for any such kind of stronghold.  According to Paul in II Corinthians, there are weapons designed to pull down these strongholds.

4  (For the weapons of our warfare are not carnal, but mighty through God to the pulling down of strong holds;)

5 Casting down imaginations and every high thing that exalteth itself against the knowledge of God, and bringing into captivity every thought to the obedience of Christ;

Everything that needed to be done for our freedom was done at the cross.  The devil is not God’s equivalent in evil.  He is an enemy however. Therefore we must understand that we cannot walk out our freedom and live in sin at the same time.

Addressing open doors in our lives is not a picnic in the park, but it is imperative if we want to live in the freedom that Jesus promised.

This is how it is done.

Remember there are other weapons such as praise, worship, and blessing.

Don’t give place to the devil, but put him in his place.  The place of a defeated foe!

Facebook
Twitter
Pinterest
WhatsApp
Previous articleIs it Mandatory For Christians to Still Obey Old Testament laws?
Next articleOwn your face in spite of what the mirror is showing you