Whitney Houston and the Curse of Addiction By J. Lee Grady 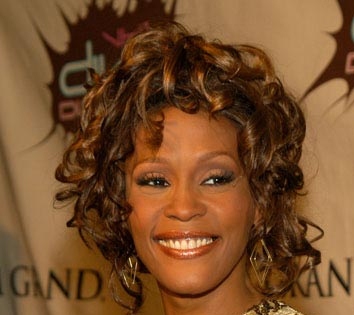 [dropcap]T[/dropcap]he pop diva’s death should remind us of an uncomfortable reality: People in church take drugs.

Anyone who has listened to Whitney Houston’s rendition of “I Love the Lord”—or who saw her perform with CeCe Winans and Shirley Caesar at the 1996 Grammy Awards—knows she had an incomparable voice best suited for gospel music. But Whitney chose a broader path: When the doors opened for her to make a pop album in the 1980s, it became the all-time best-selling debut album by a female artist. She became America’s diva.

But all her worldly success didn’t help her overcome her personal demons. Her stormy marriage was marred by domestic violence. She admitted in the 1990s that she took cocaine every day. She tried rehab three times over the course of eight years. Her voice was so damaged by her drug habit that people walked out of her comeback concert in London in 2010. She became a pathetic shell of her former self.

Christians in the music industry reached out to Whitney and prayed with her during her up-and-down battle with addictions. But the drugs had a powerful pull. In 2006, a photo was released of her bathroom sink in Atlanta filled with crack pipes, drug paraphernalia, cigarettes, and beer cans. Even after she divorced Bobby Brown in 2007, the downward spiral continued.

It all ended last month when Whitney’s body was found in her hotel bathtub in Los Angeles, just two days after she sang an impromptu version of “Jesus Loves Me” at a Hollywood nightclub. I’d like to believe it was a feeble cry to the God of her childhood.

The woman who knew Whitney Houston best—her mother, gospel singer Cissy Houston—had been deeply concerned about her daughter’s choices for years. During a 2009 interview with Oprah Winfrey, Whitney recalled her mother’s words: “I am not losing you to the world. I’m not losing you to Satan. I want my daughter back. I want to see the child I raised, and you weren’t raised like this.”

Her mother knew that Whitney’s choices—and perhaps the enormous temptations that come with worldwide fame—had taken her down a dangerous road.

I can’t judge Whitney, nor can I say whether she made it to heaven. Only God knows her private conversations with Him. I hope that somewhere underneath the tangled mess of her life she reached out to the Savior she sang about as a child while growing up at New Hope Baptist Church back in Newark, New Jersey.

What I can do is plead with Christians today to stop ignoring the monster of addiction that is killing so many people, including those who may be sitting next to you in church.

Let’s not kid ourselves. Whitney Houston was not the only person who talked about Jesus yet struggled privately with illegal drugs. I frequently meet men and women at church altars who have never found the strength to kick their habit. I even know of pastors, youth leaders, and worship leaders who live double lives—hiding their addiction under the cloak of Sunday morning religion. They hide because they’re afraid they’ll be shunned or shamed if they ever admit their problem to anybody.

What we need is less judgment and more transparency about this problem. Drugs, including alcohol, are harsh taskmasters. Crack and crystal meth are impossible to overcome apart from serious intervention. Once a person’s brain is altered by these substances, he or she needs a miracle. Telling them to “Just say no” is not going to cut it.

But we can’t pretend people are OK when they are hooked on drugs. If the addiction continues, they are likely to end up dead. I agree with Cissy Houston that Satan was involved in Whitney’s sad journey. Hell is directly connected to every crack deal ever made.

If you are addicted, please be willing to seek help by admitting your problem to your pastor or a trusted Christian friend. If you have someone in your family who is addicted, don’t wait until it’s too late to intervene. Barge into their lives if necessary to show tough love. (And pass on this article to them.)

If you are a pastor, extend mercy. Talk about addiction from the pulpit and make sure your congregation knows your church is a safe place to find healing. Then, identify effective Christian drug rehab ministries in your area and refer people there, especially if your church counseling team is not equipped to tackle hard cases.

Remember: Jesus has a message for anyone struggling with drugs: “Come to me, all who are weary and heavy-laden, and I will give you rest” (Matthew 11:28).

Whitney Houston’s death was tragic, but perhaps the warning that emerges from her story will end up saving lives.

J. Lee Grady is contributing editor of Charisma magazine. You can learn more about his ministry at themordecaiproject.org. This article is reprinted by permission from Charisma magazine online.