Where Have All the Fathers Gone? 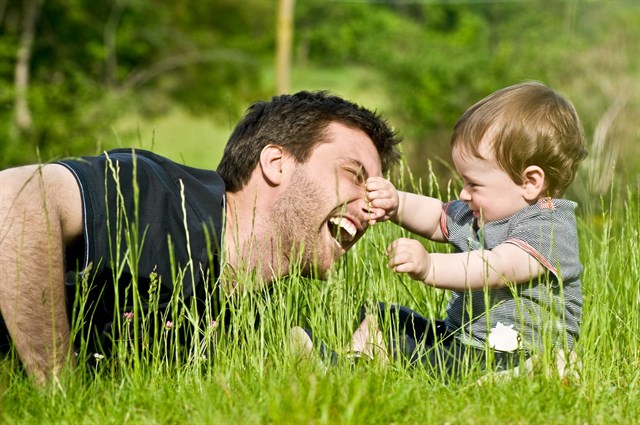 Around this time of the year, my thoughts wander back to my father. He’s been gone quite a spell but his memory lingers. I often wonder what he would think of what is happening in our world today if he were to come back. I grew up with a father who believed in being “the” father. I confess he was not always right all the time, but what he said was law in our house. That is, of course, unless his wife contradicted him. Then it was time for us kids to seek sanctuary outside where we could not hear what was going on.

I cannot help but believe that some of the problems we are having in our society today would not be such a problem if we had fathers. How many families are there where children grow up not knowing their father? No wonder they have no respect for authority. Although my father was not a very well educated person, he knew how to use the Board of Education on the Seat of Learning for all his children. Some of the stuff he did back in “the day,” would bring him some real legal problems today. For example. My father believed he had the right to be judge, jury and executioner concerning all things in his children’s life, with no appeal to a higher authority.

In the kitchen hanging next to the door to go outside was a very interesting parenting tool, at least in my father’s eyes. It was a paddle with a religious inscription, “I Need Thee Every Hour.” The inscription was quite true to the reality of life in our home.

Spanking was a routine exercise in our home. My father had the idea that if you were in trouble in school you were also in trouble at home. He had this fantastic idea that the teacher was right and I was wrong. I guess he knew me and that I could take a little bit of truth and spin it into a lie. I wonder who I learned that from?

Several times I got in trouble at school, which involved a spanking down at the principal’s office. The first time this happened I well remember walking into the kitchen and saw my father standing there holding in his hand that infamous paddle. Within a few moments, the paddle was doing its duty and I was doing the “paddle dance.”

After the paddling, my father sat down with me and said, “Okay, what trouble did you get into at school requiring the principal to paddle you?”

I wished he had asked me before the paddling, because now I had no incentive whatsoever to lie. Looking back, maybe that was the whole purpose of the paddling.

I well remember one time out in the backyard, I did something requiring parental action. My father looked at me and said, “Go get me a switch. You need to be taught a lesson.”

At the time, I thought it was funny, however, after the fact I could see no humor whatsoever in it. I went to get the “switch” according to my father’s instructions and came back with a twig. I thought it was funny, but my father had no sense of humor about this. In a few moments, my sense of humor evaporated because my father went and got a switch, which is a whole lot different from a twig, just ask my backside.

Ruminating over these things, I tried to calculate how many spankings I actually got during my lifetime. Let me just say, it was significant. More than that. It taught me respect for authority.

I wonder if some of these young people getting into trouble today ever had a spanking? Of course, today that is completely against PC. My father did not believe in PC, but he did believe emphatically in BS (Back Side). I think if parents today would focus more on BS than PC, things might be a lot different.

To spank or not to spank, that is the dilemma today. Most gravitate towards the “not to spank” aspect unaware that they are creating a lot of damage for the next generation.

I think if some of these youngsters could spend a week with my father and his infamous “paddle” they would grow to respect authority. Unfortunately, there is no authority figure in most homes today. Even those homes that have fathers are coerced into believing the father has no real significance in the family.

All I can do is to quote a famous psychologist, “How’s that working?”

Well, how is that working?

The wisest man in the world, Solomon, said, “For whom the LORD loveth he correcteth; even as a father the son in whom he delighteth” (Proverbs 3:12).

True love always corrects that which is wrong, especially in the person they love.