When you abandon your parental responsibility 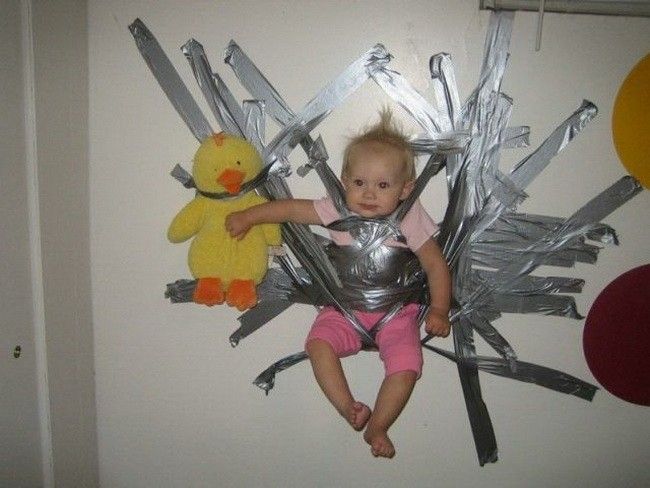 Is this slop the best you can come up with, Dad?” the lanky teenage boy objected as his father dropped a microwave dinner in front of him.

My friend George had invited me over for dinner-and-a-video, but this display of utter disrespect from his son Matt was somewhat unsettling.

“This is what we eat when your mother’s working late,” George snapped back.

“Why don’t you show some initiative. You know, serve something that is actually edible,” was the comeback.
“Give it a rest, will you? I’ve only just got home from work, so this is the best I can do.”

Matt picked at the food and then popped what appeared to be a slice of beef into his mouth.

Seeing that I had not touched my food, George smacked a palm against his forehead. “Sorry, Barry! Completely forgot about grace. Hang on Matt, we’d better pray first.”

“I’ll pass. Christianity’s a crutch for wimps,” Matt mumbled through his food.

George shot a worried look in my direction. “Don’t forget, son, that I met your mother at church.”

I rose both eyebrows in surprise–what was happening here? I had thought George to be a strong Christian, yet here he was, too embarrassed to talk about God in front of his son.

Matt suddenly gagged and spat out a piece of cauliflower. “What is this trash–cardboard’s got more taste. You trying to poison me, Dad?”

“Just for once in your life, how about you show me some respect?” George menaced.

“Respect? To you? What a joke,” his son mocked.

“I will not sit here and be spoken to like that by my own son!”

“Oh, pop a pill or something. Just get off my case,” Matt goaded.

Receiving the distinct impression that my presence had been overlooked, I made a quick mental note of all exits and possible hideyholes.

Shoving his plate away, Matt rose angrily to his feet. “I wouldn’t waste my breath.”

This was apparently the last straw. George scooped his plate off the table and flung it across the room with such force that it exploded against the wall.

I wondered if I could fit into the space between the fridge and the dishwasher.

Obviously concerned for his own wellbeing, Matt bolted for the door, grabbed his keys, and made his exit.

My friend returned slowly to his seat and with a jolt, suddenly remembered that I was still sitting at the table before a plate of untouched food. “Sorry you had to witness that, Barry. Oh man, where did I go wrong? Sarah and I are Christians–how did Matt end up like this?”

“Do you really want to know?” I asked, feeling a sudden boldness take hold of me.

“If you know the answer, then yes, don’t hold back on account of me.”

“This is a result of your abdicating your responsibility as a father. You are supposed to be the head of your household and raise your child in the way he should go. Instead, I’m guessing you sidestepped your responsibilities by entrusting the task of his Christian upbringing to others, such as Sunday School and church. How often have you read the Bible to him? How often have you prayed with him?”

George hung his head. “You’re right, I’ve never done those things with him. I thought he would pick up our faith automatically, simply by taking him to church. And then, as he grew older he became so hostile against Christianity that I was too embarrassed to mention it. What can I do?”

“You need to tell God that you are sorry for not fulfilling your fatherly duties, and then praise God for being greater than this situation. This will release His power into your lives.”

“No, that’s the beginning. Next comes the hard part. Apologise to Matthew for not facing up to your responsibilities, and share your testimony with him. Don’t worry if he throws it back in your face. Be patient and change the way you live. Pray before meals and pray openly with your wife. Let him see you reading the Bible. Talk openly about your relationship with Jesus. Then get together with your wife and pray like never before.”

George nodded while sniffing back tears. “Thanks for the words of wisdom, Barry. Seems I have some work to do.”

Proverbs 22:6 ‘Train a child in the way he should go, and when he is old he will not turn from it.’

Peter Stone, a Bible College Graduate, has an international marriage and two children. Suffers from epilepsy and otosclerosis. He teaches Sunday school and plays the piano in church. http://cornerstonethefoundation.blogspot.com/