What you need to know before considering divorce 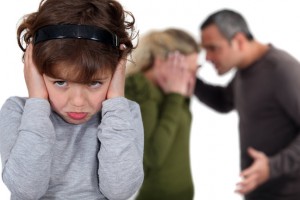 Recent evidence from a 20 year study of families who have experienced divorce make it very clear that many efforts as a part of a divorce settlement which seeks to specify and set into a legal code the contact between children and their parents as well as expanded family members can and will have disastrous impacts on children. Children’s live experiences are not always such that fit neatly and nicely into a schedule which has to room for modification and adjustment. The impact that divorce decrees have on children is long lasting, not easily dealt with and can create negative growth situations even for the children of the children of the children involved.

A set of parents may make the decision that they no longer wish to be married and the courts will assist them to do so. BUT the court system and the officers thereof MUST act in a truly professional manner and take the well being and future of these children into account. Sometimes the parents and even extended family members will engage in a battle to settle their differences and use the children as pawns in that battle. Parents and all parties involved need to be encouraged to rise above their own petty ego and vengeance needs and carefully consider the welfare of the children involved.

Attorneys must resist the temptation to see a messy divorce situation as a way of spending more time and effort and therefore making more money for themselves by aiding and abetting a vengeful battle. Encourage both parents to settle their differences without a prolonged battle and without infringing on each parent’s access to the children.

The research is particularly specific in regard to the need for a continuing relationship between the children and their biological father. The absence of this relationship will have a profound negative impact on the development of healthy self-esteem in the children involved. The court should work to avoid substituting legal language and easily written schedules which may appear to be unbiased and fair in a legal sense but which do not account for the specific and individualized growth and development needs of the children involved. In many cases, older children in particular may need to be given the option of determining of their own accord what kinds of visitation and access works for them and what really is in their own best interest.

It seems clear from my own professional experience that many attorneys have done a great service in encouraging divorcing couples to settle their differences in such a way as to not damage the children. Often this is done in such a way that the attorney might even not receive as high a fee as he or she would have received had they encouraged conflict. On the other hand, I have seen couples and families who may have been able to reestablish their marriage or at least a friendly relationship so that the children would not have to be caught in the middle if it were not for the absolute insistence of one or more of the attorneys involved to “make sure you get everything that you deserve,” or “Don’t’ give in to your emotions now that you have him or her exactly where you have always wanted him or her.” Of what great value is it when at the end of a long and lengthy court battle one or more of the parents is so deeply in debt that they cannot even afford reasonable food and housing for their children? If there are serious parental inadequacies which are potentially damaging to children this may be more appropriately an issue for Child Protective Services not the divorce court.

All individuals who find themselves involved in any level with the problems of and process of a divorce should familiarize themselves with the findings of the research of Dr. Judith Wallerstein. The evidence seems to conclude that very few if any problems are solved by divorce and many more are created by the legal battle involved in the divorce process. One set of problems are simply exchanged for completely different set of problems. The individuals most directly involved need help in understanding the implications of their decisions and how best to deal with those implications in their own life and of the lives of their children. Too often divorce is somehow expected to be a solution to existing problems but only serves to create more problems that were not expected. Parents and others involved in the divorce process should understand all aspects of the situation and not go into it blind – only finding out the real truth of the matter after it is too late to do anything about it.

In her book Second Chances as well as The Unexpected Legacy of Divorce Dr. Wallterstein describes the results of her study of the impact of divorce on children and adults. Contrary to her expectations she found that when she conducted follow-up interviews most families were still in crisis. Their wounds were wide open. Turmoil and distress had not noticeably subsided. Many adults still felt angry, humiliated, and rejected, and most had not gotten their lives back together. An unexpectedly large number of children were on a downward course. Their symptoms were worse than before. Their behavior at school was worse. Their peer relationships were worse. The illusion she had held – that divorce can bring an end to marital conflict – was shattered. She observes:

“Divorce has ripple effects that touch not just the family involved, but our entire society. As the writer Pat Conroy observed when his own marriage broke up, “Each divorce is the death of a small civilization.” When one family divorces, that divorce affects relatives, friends, neighbors, employers, teachers, clergy, and scores of strangers. Although more people stay married than get divorced, divorce is not a them versus us problem: in one way or another, has been touched by it. Today, all relationships between men and women are profoundly influenced by the high incidence of divorce. Children from intact families are jittery about divorce. Teachers from all over the country tell me that their students come to school wide-eyed with fear, saying that their parents quarreled the night before and asking in terror, “Does that mean they are going to divorce?” Radical changes in family life affect all families, homes, parents, children, courtships, and marriages, silently altering the social fabric of the entire society.”

Sometimes two simple questions needs to be asked of litigants in a divorce case: “What do you really hope to gain from all of this?” and “What is the long term impact of what you seek on the well being and development of the children involved?” The wishes and needs of children need to be considered in all decisions and agreements. It may sound fair to award visitation to parents on an every other weekend basis from Saturday morning to Sunday night. But what impact might that have on the religious life of a child or even an entire family where a religious affiliation is an important of their stability, growth and well being. Attending one religious affiliation on one week and another one the following week is more likely to engender confusion, instability and emotional as well as spiritual distress all in the name of equal distribution. Perhaps it takes the wisdom of Solomon. Remember? Two women claimed a child and to settle the conflict he offered to slice the child into two parts so that each of them might have their portion. He knew immediately which mother had the best interests of the child at heart by her quick reaction to stop such an action. It may be perfectly acceptable for some children to have a “required” visitation on a school night but for others it may destroy their ability to succeed in school. There must be room for negotiation and modification to allow for the increasingly complicated schedule children find themselves in as they grow into their later teen years. Somehow the right of children to make decisions and make their own choices must be a reasonable part of the process and amenable to change rather then set into legalized stone.

Dealing with divorce in such a way as to allow for and encourage the positive growth and development of children is a difficult process and may indeed call for the wisdom of Solomon on the part of judges and officers of the court, but the attempt must be made to do a better job than seems currently evident.

All involved in the divorce process must understand the impact of divorce on children.

Dr. Lee Burnham, Director of the Rocky Mountain Center for Human Development and Rocky Mountain Aquatics has worked with families, schools and troubled teens for over 20 years. He is a licensed psychologist, a high school counselor, and is well known for his work with and success with teens who have needed help in getting their life on track.