What I Learned From My Husband’s Depression And Suicide 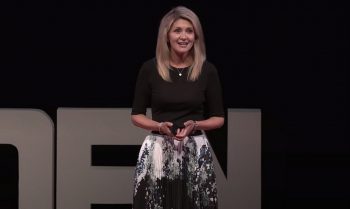 How do you beat back the bully inside your brain that weaves a web of lies telling you you’re not good enough, successful enough? Lori Prichard walks us through her husband’s struggle with depression that ultimately led him to take his own life. It was a struggle in which he suffered entirely alone having hidden his depression from those he loved. Lori shares the lessons she learned and the journals she found after her husband’s death that gave her a window into how he was trying to fight off what he called “the bully in my brain.”

For those who are struggling with depression, Lori has an urgent message for you. Lori Prichard is the morning anchor for KSL TV. In 2019, she suddenly lost her beloved husband, Travis, to suicide. Since then, she has been an advocate for suicide prevention and the need to talk openly about depression.