What Do I Do? My Daughter Says She’s A Boy 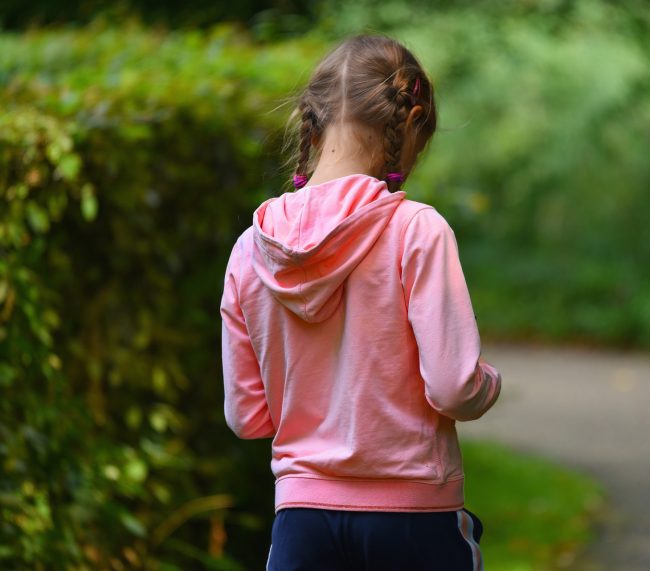 A real question from a real mom: “Sue, my daughter insists she’s a boy. She has rejected all things feminine since she was a toddler. Now as a 15-year-old she says there’s a mismatch between her brain and her body. She wants “top surgery” (a double mastectomy) and testosterone to bring her insides and outsides into alignment. She says God made her this way and He doesn’t make mistakes so she is embracing a transgender identity. What do I do?”

Oh sister. I am so sorry. I can only begin to imagine the pain, the chaos, and the conflict this is causing in your family.

Let’s start with, what do we know is true?

What do you do? Well, first, you love her well. You stay focused on the wonderful gifts and talents and personality that you appreciate about her, and you keep affirming her for these aspects of who she is. Her sense of self, her sexuality, is not WHO she is, it’s HOW she is. For right now.

Like any child or teenager (or adult, for that matter), she longs for her parents’ acceptance—but acceptance is not the same as approval. Acceptance means acknowledging their experience, and their perception of reality, without endorsing the conclusions they come to or the choices they make. (Consider that God accepts us, Romans 14:18 and 15:7, but He certainly doesn’t approve of everything we do!)

Loving her well means listening in order to communicate that you are seeking to understand her. It means showing compassion. Believing that one is transgender is hard. Those with internal conflicts about their gender are more likely to suffer from depression, anxiety, a sense of not belonging, and often have thoughts of suicide. She needs your tenderness.

What else do you do? Educate yourself about this issue, so you can speak the truth in love (Ephesians 4:15) to your daughter and to friends and family as this comes into the light.

Gender Dysphoria is a thinking disorder, not a body disorder. If your daughter announced she were a cat, or a unicorn, how would you deal with that? Dr. Phil McGraw teaches that the first test that one’s thinking is rational is that it has to be grounded in objective fact{1}. Our sex—male or female—is an objective truth that becomes apparent at birth. God, who knits us together in our mother’s womb where we are fearfully and wonderfully made (Psalm 139:13-14), is the one who chooses and then reveals His plan for our gender. That is objective fact. If someone thinks or feels that they are something other than what God has made them to be, it’s their thinking that is skewed, not their body. Unfortunately, our culture is very good at elevating feelings above objective truth, and that is at the core of the transgender issue.

I think that when children and adolescents claim to be the opposite sex, it’s really about not fitting into gender stereotypes. You said your daughter “rejected all things feminine” since she was very small. That was about pink and purple sparkly princess dresses and bows in her hair, right? And she hated them? I respectfully suggest it wasn’t femininity she was rejecting, it was a certain KIND of femininity, the stereotype we as a culture (particularly a culture infected with Disney princess images) label feminine. God also delights to make sporty, athletic, very physical and competitive girls who don’t really care for frilly, girly-girl clothes. They can have a hard time playing house because nobody wins! These girls are still sensitive and compassionate, still emotional and verbal, but they’d rather be outside climbing trees and throwing perfect spirals to the neighborhood boys. These are not inferior girls, they’re not lesser-than girls, they’re just not in the majority. They are girls who love sports and are good at it, or girls who don’t care for dresses or nail polish, or girls who just don’t get the superficiality of many of their girl peers. They are the kind of girl God made them to be. When they are supported and celebrated for the kind of girl they are, their sense of disconnect with their femininity can decrease as their awareness of God’s good creation of femininity increases.

Please see my post The Gender Spectrum for more information.

Sometimes, the impact of various kinds of abuse can make a girl think that it is neither good nor safe to be a girl. They can convince themselves that if they were a boy, they could protect themselves and they wouldn’t be at risk because boys don’t get abused or molested. (Which, of course, is not true!) The solution is not to impersonate a boy and mutilate her body, but to get help processing the deep soul wounds of abuse and molestation.

Just as depressed people can often take comfort and refuge in the idea of ending their pain through suicide, those who experience a sense of misalignment with their birth sex can put their hopes in transitioning to the opposite sex through cross-hormone therapy and ultimately surgery. But very few are aware of the testimonies of those who regret doing this. Walt Heyer of sexchangeregret.com has recently released a book, Trans Life Survivors, comprised of letters and emails from people who are very sorry for what they did to their bodies: the ongoing medical problems and the deep sense of loss at mutilating their bodies.{2}

I know you are afraid of your daughter committing suicide because that is the drum that is constantly beaten by the pro-trans side: “If you don’t cooperate with your child’s plans to transition, there’s a high suicide rate when kids are not supported in their preferred gender identity.” That is a bone-chilling fear, one my husband and I personally know in our family. But you should know two things: first, it’s not necessarily true. See the article “The Suicide Myth” here: www.transgendertrend.com/the-suicide-myth/ Second, we do know that the suicide rate is 20 times higher in those who DO transition.

When ‘the tumult and shouting dies,’ it proves not easy nor wise to live in a counterfeit sexual garb. The most thorough follow-up of sex-reassigned people—extending over 30 years and conducted in Sweden, where the culture is strongly supportive of the transgendered—documents their lifelong mental unrest. Ten to 15 years after surgical reassignment, the suicide rate of those who had undergone sex-reassignment surgery rose to 20 times that of comparable peers.”{3} (Emphasis mine)

This means that the risk of suicide is far greater In those who transition, than those who don’t.

Be aware of the power of social media. One of my heroes is Collin Karchner, who is “on a crusade to save teens from social media’s potential destruction to their self-esteem and mental health, and empowering parents to reconnect with their kids.” (savethekids.us/) I am amazed at the number of young lives he is saving by showing them how destructive social media can be, and the good that happens when teens cut themselves off from the negativity online. The destructive forces of social media certainly manifest in the growing numbers of kids and teens thinking they are transgender.

Recently, my colleague Kerby Anderson had me on his Point of View radio program talking about Rapid Onset Gender Dysphoria, which is a part of social contagion. He posted this article on the ministry website: pointofview.net/articles/rapid-onset-gender-dysphoria/

Tumblr is a magnet for young girls, who are extremely vulnerable to the ideas and images on social media, and it is egregiously pro-trans. You should know about this social contagion phenomenon on that platform here: 4thwavenow.com/tag/tumblr-trans-contagion/

As I said above, educate yourself. But know that the pro-trans activists have been extremely successful at shutting down the voices of those concerned about the full-steam-ahead transgender agenda. You’ll have to do some digging.

Check out the work and the writings of psychologist Dr. Kenneth Zucker, who counseled over 560 children and teens with gender confusion at his clinic in Toronto over 35-40 years. He found that when kids were able to go through puberty naturally, Gender Identity Disorder (a phrase he coined) resolved in 98% of boys and 80% of girls. This is profound! Apparently, there is something about the rush of the correct hormones during puberty that resets things internally in the vast majority of adolescents. The best treatment for those who feel at odds in their body is to wait and watch.

You should also know about Dr. Paul McHugh, for many years the Psychiatrist-in-Chief at Johns Hopkins University, who shut down the sex change clinic when he found that post-surgically, the patients still had their neuroses. In the article “Surgical Sex,” he wrote,

“When I became psychiatrist-in-chief at Johns Hopkins, I realized that by doing sex-change operations the hospital was fundamentally cooperating with a mental illness. We would do better for these patients, I thought, by concentrating on trying to fix their minds and not their genitalia.”{4}

Be very skeptical of anything from WPATH, World Professional Association for Transgender Health. They are completely uninterested in providing any balance to their reports or articles, and their poorly designed studies have no control groups. (For more information, watch this video from pediatric endocrinologist Dr, Quentin Van Meter, “The Terrible Fraud of ‘Transgender Medicine’” at www.youtube.com/watch?v=6mtQ1geeD_c )

My last suggestion is the most important. PRAY. This is a spiritual warfare battle. The enemy prowls around like a roaring lion, seeking whom he may devour (1 Peter 5:8), and he is coming after our kids like nothing we’ve ever seen before. I have seen numerous people snatched from the enemy’s claws as God does “spiritual cataract surgery,” allowing them to see what they were blind to before, because of the faithful prayers of faithful parents and family members. Pray that the Lord will strengthen and protect your daughter from the evil one (2 Thessalonians 3:3). Pray for the eyes of her heart to be enlightened so she can see the truth about herself (Ephesians 1:18).

Pray and don’t give up.