[dropcap]W[/dropcap]e live in a hyper-technological society, bombarded constantly with opportunities to “connect” with “friends” with tweets and status updates and comments and likes and YouTube videos. There’s always more to skim, post, and respond to. God help you if you have a smartphone alerting you in real time to the email you just received.

You know what I miss in this media-saturated din? My eyes. They are strained from iPad and laptop screens and apps and Facebook perusing and TV consumption. They suffer from a lack of depth perception.

I want the eyes of Elisha in 2 Kings 6:9-17. Do you know the story? Elisha the prophet forewarns the king of Israel about where his enemies, the Arameans, plan to mount an ambush. The people of Israel give the Arameans the slip time after time, so much so that the King of Aram suspects there’s a mole in his ranks. When the king discovers Elisha is the root of his problems, he and his army surround the town of Dothan, where Elisha’s staying. This is the sight that greets Elisha’s fear-stricken assistant (probably representing the rest of us) in the morning. “What shall we do?” the assistant asks. Elisha responds, “Do not be afraid. Those who are with us are more than those who are with them.” The assistant probably thinks his boss has gone senile, but Elisha prays for his eyes instead. I can only imagine the awe of the sight of celestial chariots, flaming gloriously, reducing Aram’s army to a dingy foil.

Elisha’s vision is sharper and deeper than anyone else’s in the story, because he could see beyond what was in front of him. (The Aramean army eventually gets struck blind and led away from Israel before their sight is restored.)

If Elisha were here, I think he’d be a part of movement of discernment, a movement to get our eyes back for good, worthy use. Let’s call it the Unbusy Movement. This counter-cultural campaign would be characterized by strategically abandoning diversion in order to be present in actively seeking God’s movement. “Unbusies” break the insidious codes of the culture that demand that every moment be preoccupied, and resist the urge to pull out a phone or iPad in the pauses of the day. In a society blinded by trivial amusement and zombie-like distraction, Unbusy people can see the real brokenness and hope and beauty and challenge. They see God at work. They work where he’s working.

We don’t have to be Old Testament prophets to have super-sight, but we do need to be awake and aware. We unwittingly boost the enemy’s ability to surround and ambush when we miss the depth of life simply by failing to look up and around. We drain our time with frivolity (don’t you just feel when you’ve crossed the line of healthy amusement into the anesthetic use of social media, the Internet, or TV?). The dull buzz of entertainment and information droning out the trials of life (which build character) numb us into passive, preoccupied people (when we ought to persevere…and pray). We’re not necessarily busy, but we’re not available either.

This is not Unbusy. It’s just a blind waste.

Jesus is the hero of the Unbusy Movement. Too many times, my eyes wander to the insignificant, the urgent, and the unimportant. Unbusy people desire to echo with their lives the words of the author of Hebrews: They fix their eyes on Jesus. He is both the end and the means; the inspiration, subject, and model of how to properly see. I long to emulate the way He allowed the Holy Spirit to direct His path, through fasting, testing, through silent retreats to the water; from the wilderness to the mountaintop; from the teeming waters to the garden, the Cross, the sky.

Jesus focused. He connected. He did not parse out his day into 15-minute power slots. He carved out time to stop on the way to his appointments. You wouldn’t get Jesus’ shushing index finger in your face while he wrote a text message.

My family is originally from Jamaica, and though we are fully acculturated into American society, there are still valuable vestiges of the JA culture that remain. An, ahem, alternate view of punctuality, or “Caribbean Time,” is one of those vestiges. Although it’s really annoying at meal times and weddings, Caribbean Time helps me to make sense of Jesus’ flexibility. If Jesus mercilessly kept a schedule, then Mark 5–the entire chapter–would not have happened. A demon-possessed man would continue to be the tormented living dead; a woman with 12 years of blood issues would remain an anemic outcast; and a little girl would die. Jesus was just trying to ferry across some water, after all.

Whatever his agenda, Jesus unbusied himself so he could reach his ultimate goal. There were many pressing in on him, day by day, but he reserved his time so that each word and deed answered a single question: How do I get to glorify the Father today?

He was not careless with his time, however. More surprising, Jesus did not spend every moment of his 33 years preaching, healing, and exhorting. He went to a lot more dinner parties than I would expect if I were drawing up the schedule of the Savior of the world.

What a relief! Pleasing God doesn’t require looking busy all the time. It requires a hushed and humble discernment, and the daily goal of answering the question: How do I get to glorify the Father today?

One day, glorifying God means perseverance through excruciating trial. Another day, it might mean sushi with friends.

The way you glorify God is as unique as your fingerprint. Pinterest and Facebook can be unhealthy tools of comparison, competition, and false presentation. That mother who makes sculpture out of veggies for her preschooler while she miraculously loses all her baby weight in five minutes? She’s doing her. You do you. Stop looking for comparison and competition and look up and around at your life. It’s a beautiful gift.

Kinda puts each day in stark relief, doesn’t it? We can see more of the world than any generation before, with as little effort as a mouse click, but are still in desperate need of the discerning eyes of Elisha. What if, as followers of Christ, we unbusied ourselves so that God could put people in our paths to pray with, hold afloat, encourage and exhort, or chill and dine with?

God is crafting an exquisite and unique story within our time each day that we can only begin to fathom when we are still enough to look up and around. 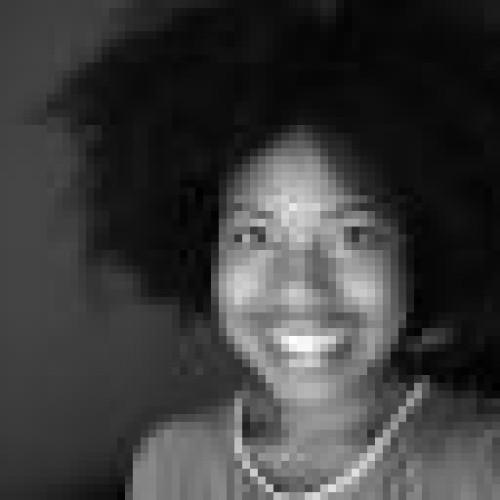