The Taste of Tears – Hoppin’ John 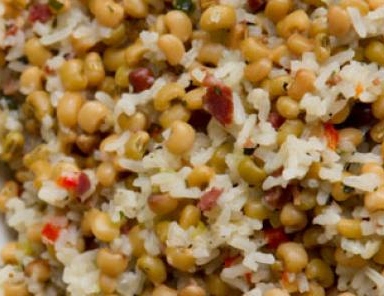 [dropcap]W[/dropcap]hat is the language you cry in? Can a song of lamentation reconnect us to our roots and bring us redemption? Renew our memory across time, distance, and exile? The Psalms are not just songs of praise and celebration. They are full of lamentations that speak of real sorrows. They often take the form of a cry that God answers in another Psalm. Take for example Psalm 22:2: “O my God, I cry in the day-time but thou dost not answer, in the night I cry but get no respite.” The cry is answered in Psalm 106:44: “And yet when he heard them wail and cry aloud, he looked with pity on their distress.”

The Language You Cry In is a documentary film about the Gullahs of Coastal South Carolina and Georgia. Their language, from which proceeds their name, was an amalgam of English and tribal dialects spoken in West African countries such as Sierra Leone, Ghana, and Senegal. The very first slaves brought to America came from these tribes. Isolated from other Africans on island coastal plantations, they kept their history and traditions alive in the patois they invented.

The documentary traces the linguistic history of a five-line song learned from a Gullah woman living in a remote fishing village in 1930s coastal Georgia. She did not know the meaning of the words but passed them onto her daughter, Mary Moran. After intensive research, it turned out that the song was similar to a graveside lament sung in an obscure dialect of Mende spoken by the largest ethnic group in Sierra Leone. In the late 1980s, a Sierra Leonean woman who remembered the song as taught to her by her grandmother prophesied that a long-lost kinsman would return to their isolated village and would be recognized through this song.

In 1997, Mary Moran traveled to the village in Sierra Leone where the song originated. The visit rediscovered and reclaimed a remote part of the Mende and Gullah past, and linked the two peoples as kinsmen. When asked why this song would have been preserved for 200 years across time, despair, and exile, the village chief, quoting a Mende proverb, said, “You know who a person really is by the language they cry in.” A song of lamentation is celebration.

In Savannah where I live, there is still a Gullah presence on nearby Sapelo Island, one of the last, living Gullah communities. To this day the Gullah retain many of their oral traditions, and some practice a kind of folk medicine called “the root.” The Gullahs originally taught their owners how to cultivate rice, build dikes, and grow low-country foods such as okra, root vegetables, and black-eyed peas. Black-eyed peas, or field peas, are the chief ingredient in the low-country dish that we eat on New Year’s Day called Hoppin’ John. While the origin of the name is obscure, Hoppin’ John is supposed to bring luck for the New Year. I like to think of the dish we serve with rice on New Year ’s Day as a Psalm, a cry of both celebration and lament sung from the heart. “For with the Lord there is mercy and with him is plenteous redemption.”

Joanne’s Quick Tips: Beans do not need to soak overnight. Simply bring them to a boil, remove from heat, soak I hr., then proceed with the recipe. For a modern twist on the recipe, garnish with cilantro and lime. 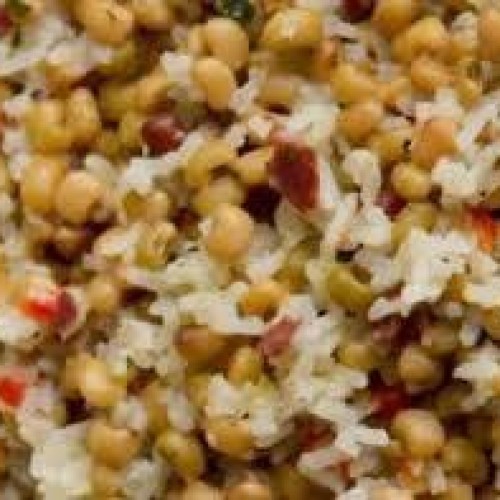