The Problem With Lies As Seen in David’s Life 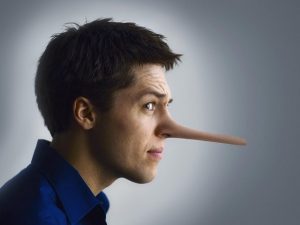 Going through David’s life, there are some parts which bother me and one is his dance with the truth.

David told three major lies to get out of trouble in his early life:

1. to the Priests at Nob; [Ref. 1 Samuel 21, Nob and point 2.]
2. when he first fled into Philistine territory and had to feign madness to escape, and
3. when he deceived the Philistine King Achish, whilst attempting to avoid Saul’s persistent persecution. [Ref. 1 Samuel chapters 27 and 29].

Despite the severity of the circumstances which led him to lie, they leave me with a really bad impression of his character. Was lying a nasty trait which followed him through life? As so much of David’s life was marked by outstanding faith and he was righteous, his lies stand out even more. They have had me questioning just how far he could be trusted, especially as some Middle Eastern cultures approve of habitual lying to save face. So I decided to delve into the matter further, to try and comprehend why he sinned that way.

Logically, I can understand why he lied those three times: if you can’t escape by fight or flight, you lie, and any of us would be very hard pressed not to react the same way when backed into a corner with our life at stake. However, David is supposed to be a type of Jesus: a human who exhibits the character of God, teaching us what God is like and that we can trust Him. Repeated incidents of lying threaten to destroy that.

Lying from a psychological angle

Looking at lying from a psychological angle, the size of the consequences of not telling the lie determine how serious the offense is. If a protective lie saves you from death, it is easily forgivable, as it wasn’t casual deception which foretells deep moral character flaws. If David wasn’t lying for financial or power gains, or to bolster his ego, his lies can be considered as unwise without deeply tarnishing him. In 1 Samuel 24:5 we can see that David was well aware of what was right and wrong, and would self-correct, so I am led to continue to trust him.

But whenever I read about David, I expect to see him react with faith, looking for God to help him as he did with Goliath, not legging it into enemy territory and lying to save his hide. He is to be the best David, flawless through and through to not disappoint me but that expectation doesn’t take a key fact into account: this time in his life featured a hard growth curve on the path to spiritual maturity. He was growing up and messing up along the way, as he struggled to build his trusting, God-dependent spiritual nature. His later character traits which produced the Psalms were in the process of being forged in the furnace of much affliction, and like all of us, he started out weak, then through hard lessons, became stronger.

I have no idea how bad he felt about his deceptions, though I am sure he must have deeply regretted the consequences of his flight to the priests at Nob, (Saul massacred them in revenge). Living in Philistine territory must have also been an arduous task that he gritted his teeth through and hated. No one chooses to live with the enemy unless they believe that this is the only option left. God hadn’t delivered him yet, and David had yet to learn to wait no matter what. The events of this long period, (from Nob to Gath was around seven years or so,) had to have awakened an awareness that he had to be totally dependent on the Lord for safety and deliverance; if not, he would only get himself, and others, into greater trouble. It would be an agonizing experience to watch people die and suffer because of you, as you found your way through the maze of choices, striving to grow. I feel a deep compassion for him.

The bad parts of David’s story are as helpful to us as the good. This portion of David’s life reminds me that  I need to be patient and encouraging with people while they are growing. They are going to make some big, serious mistakes; but blaming people and judging without understanding what they were feeling and where they were coming from is useless. Thinking about what David did, I cant excuse his wrongs, but I can appreciate the stress he was under and where he was in his spiritual journey. Im just glad that he came through safely to leave us with his testimony to the Lords great patience with us as we overcome our own failings, no matter how many times we fall apart as were learning.

A psalm of David, the servant of the LORD

He sang this song to the LORD on the day the LORD rescued him from all his enemies and from Saul. He sang:
I love You, LORD;
You are my strength.
The LORD is my rock, my fortress, and my savior;
my God is my rock, in whom I find protection.
He is my shield, the power that saves me,
and my place of safety.
I called on the LORD, Who is worthy of praise,
and He saved me from my enemies.
The ropes of death entangled me;
floods of destruction swept over me.
The grave wrapped its ropes around me;
death laid a trap in my path.
But in my distress I cried out to the LORD;
yes, I prayed to my God for help.
He heard me from His sanctuary

He reached down from heaven and rescued me;
He drew me out of deep waters.
He rescued me from my powerful enemies,
from those who hated me and were too strong for me.
They attacked me at a moment when I was in distress,
but the LORD supported me.
He led me to a place of safety;
He rescued me because He delights in me.
The LORD rewarded me for doing right;
He restored me because of my innocence.
For I have kept the ways of the LORD;
I have not turned from my God to follow evil.
I have followed all His regulations;
I have never abandoned His decrees.
I am blameless before God;
I have kept myself from sin.
The LORD rewarded me for doing right.
He has seen my innocence.
To the faithful You show Yourself faithful;
to those with integrity You show integrity.
To the pure You show Yourself pure,
but to the wicked You show Yourself hostile.
You rescue the humble,
but You humiliate the proud.
You light a lamp for me
The LORD lives! Praise to my Rock!
May the God of my salvation be exalted!

For this, O LORD, I will praise You among the nations;
I will sing praises to Your Name.
You give great victories to Your king;
You show unfailing love to Your anointed,
to David and all his descendants forever.

Cate Russell-Cole has been a Christian since 1981 and is a qualified Creativity Coach, Author, Editor and Social Worker. She studies and writes primarily about the life of King David from a psychological, historical and fundamentalist viewpoint. Cate lives in Brisbane, Australia with her husband and two cats and habitually writes everything in Australian English Cate can also be found at http://www.cateartios.net where there are links to her ebooks for writers of any genre.