The Is Our Month Of New Beginnings 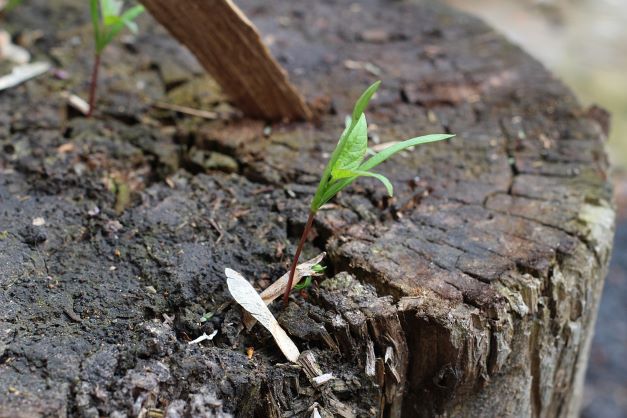 August is the 8th month of the year! In Christendom, the number 8 stands for “New Beginning.”  This is our month of new beginning in Jesus’ name. Let’s look at an example in the Bible. In 1 Sam 16 we read the story of how Samuel anointed David as King. The Chapter starts with God sending Samuel to Bethlehem to meet with a man called Jesse whose son will be anointed as King (to replace Saul, who was rejected as King of Israel). Let us fast forward a little to verse 5 when Samuel arrived at Jesse’s house to anoint his son. By the way, Samuel was the kind of prophet that whatever he said came to pass. He wasn’t one to say you should buy holy water to drink for your healing, or invest in a miracle handkerchief and nothing happens nor was he one to say that the Lord said when the Lord hadn’t spoken. The Bible recorded that the Lord was with Samuel and he let none of Samuel’s words fall to the ground (1 Sam 3:19). He was not a fake prophet.

When the sons of Jesse arrived, Samuel took one look at Ehiab and thought to himself “Surely, this is the Lord’s anointed” and the Lord said to Samuel, “Don’t judge by his appearance or height for I have rejected him. The Lord doesn’t see things the way you see them. People judge by outward appearance, but the Lord looks at the heart”. God unlocks the secrets we do in the dark places. A lesson to Samuel was not to look at the outward but the inside.

There are some of us that are very deep (no one knows what is happening on the inside). People look at us and feel we are “holier than thou,” we keep a smile on our faces all the time but we know what is going on in our lives. We know the deep-rooted things that we have been involved in. God can neither be deceived nor mocked.

Jesse brought his sons to Samuel but left out one. Why might this be? Maybe the son was goofy, marginalized, underestimated, or just simply overlooked? God also taught Jesse “do not overlook any seed I have given you.” How many of us overlook, laugh at, demean, size-down, and/or down-play others? Have you thought of the fact that the same blood that was shed for you was also shed for that person?
Jesse presented his sons, one after the other, from Ehiab, to Abinadab, to Shimea to the seventh son but none of them was “the chosen.” Samuel then asked if there was yet another son and Jesse responded that there was one who was in the field tendering to the sheep and goats. He sent for him at once and here came Number 8!!! As David arrived, the Lord said “This is the one, anoint him.”

Until it got to Number 8, the oil did not start flowing. Number 7 stands for completion. The seven sons prior to David had been presented but it was a complete “No!” for all of them. Number 8’s are spontaneous, creative, feel the pain of others, solve problems, help others even when they are still struggling, and don’t mind playing in the background because that’s how they grew. But when given the opportunity, they shine and evolve! I am Number 8! Are you a number 8? Say it loud with conviction that “I am a number 8! I am experiencing a new beginning this month! in Jesus’ name”

The devil attacks number 8’s because they are great but don’t fret because the bible says that there hath no temptation taken you but such as is common to man: but God is faithful, who will not suffer you to be tempted above that ye are able (1 Cor 10:13).  I decree great and new things in your life this month of August in Jesus’ name. On that fateful day, David came into Samuel and his family’s presence as a Shepherd boy and he left as an anointed King. You will not end August the same way as you began it, in Jesus’ name!

The question arises, where did David go after he was anointed? David went back to the field and continued like normal. Pride did not set in. After the Lord does great and mighty things for you this month of August, I encourage you to go back to your field with humility and praise God for His faithfulness.

Although David wasn’t perfect, he was committed. Yes, he fell into the hands of temptation while he was the King but he got up, took responsibility, and continued. I don’t know where you are in your journey of life right now but be rest assured it can only get better.