The Man Who Would Not Lead His Family 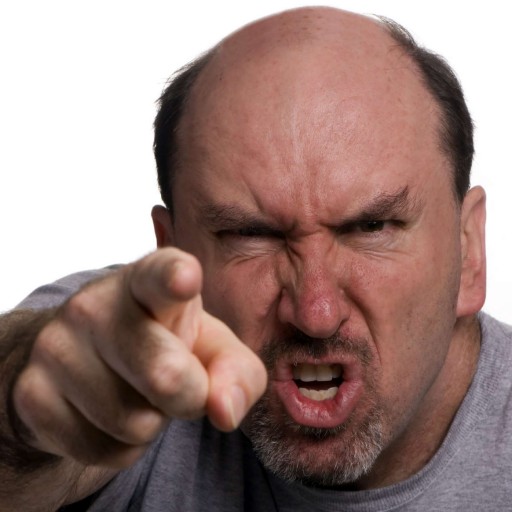 [dropcap]”M[/dropcap]y husband won’t lead the family in bible study or prayer. He won’t even discipline the children. What can I do?”

“Is your husband a Christian?” “Oh, yes.” She replied.

“Have you talked with your husband about how you feel?”

“Yes, I have told him until I am blue in the face about his lack of support in the home.”

“Well, that’s the problem. You’re telling him what he should do rather than allowing him to appreciate what his God-given responsibilities are. When a wife is bossy or naggy with her husband it makes him feel like a child. But he isn’t married to his mother. You should allow your husband to lead in the way that is most comfortable for him; let him feel in control by letting him be in control”

“What if my husband doesn’t want to participate in his God-given responsibilities in the home?”

“You said he was a Christian, right? He needs to know that he can trust you. A wife is a husband’s right arm, not both arms. A man needs to feel accepted in his humility before God. Don’t try and undermine or control him. Maybe he has never spiritually led the home before because you have always done it for him. Your husband wants to be taken seriously. He knows what his responsibilities are. Let him meditate on those things without speculation and interference from you.”

“What about the children?” She asked me. “I have two rebellious teenagers who need their father’s discipline and protection. Someone needs to counsel them.”

“You’re right about that. Your children are at an age where others can easily influence them. And of course, you want to impress on them the grace, mercy and love of Christ. So right now, you will need to counsel your children about the big bad world out there.

“I don’t know if they will listen to me.” She said.

“Stay focused in your prayers on what God can do for you and your family. Stay faithful and believe that God does hear your prayers and will answer them in His way. He will not allow anything to happen to your children that they themselves cannot handle on their own. God will answer your prayers because you are His child and He loves you.”

“I will try and do what you have told me.” She replied.

“Keep praying for your husband everyday. It could be that your husband has repressed his spiritual influence in the home for some reason. If that is the case, he needs reassurance from you about his headship position. I would encourage you to be humble, compassionate and submissive with him as he tries to listen to what God is asking him to do. Your husband will find his true calling. But he won’t if you boss him around or if you treat him like a child.”

“A Christian husband’s true calling is to lead his family in the wisdom and knowledge of God. Everything else is secondary, even his career. What’s the use being a Christian if you aren’t going to share what you know with your family and teach them to follow in the ways of the Lord? Christian’s are to serve others by helping them to see the kingdom of God here and now. Christian’s have been given spiritual gifts and we are to use those gifts for the glory of God.

“What if a man isn’t married and doesn’t have any children?” She asked curiously.

“If he is a Christian, then he is to lead others in God’s wisdom and knowledge in whatever serving capacity he has been given by God.”

“But, what if he doesn’t know what that capacity is?” She asked.

“It may take some time for him to figure out what his spiritual gifts are, but a true Christian man will eventually come to find his place with God and serve according to what God has led him to do using those gifts.”

“So are you saying that leading means to serve?” She asked.

“Yes, exactly! That is what I am saying. You lead your family as a mother and wife every single day. When you discipline the children you are leading them to do what is right and good. When you respect and honor your husband and his position you are actually leading him to become the man of God he was meant to be. A wife is a leader in her own right”

“Wow! I never thought about it like that before.” She said in wonderment.

“Be Shepard’s of God’s flock that is under your care, serving as overseers – not because you must, but because you are willing, as God wants you to be; not greedy for money, but eager to serve, not lording it over those entrusted to you, but being examples to the flock.” (1 Peter 5:2,3 NIV).

**Love The Man You Married** is a great teaching tool for couples. Every Christian wife and husband should read this informative book on marriage. ISBN: 1411677501. Marriage Resources – http://www.heavenministries.com.