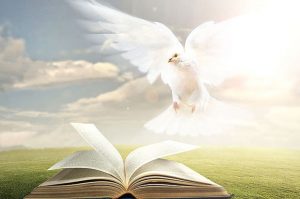 He opened his eyes to see the one speaking, but no one stood near him. The seats of Baylor’s football stadium around him lay empty, but the voice spoke clearly. He spelled out the word into Google on his iPhone just as it had sounded. U-g-b-e. The search results that came up jolted Juan. One website identified the Ugbe as an unreached people group in need of a Bible translation. The other provided their location: Nigeria.

Juan had prayed for over a year for God’s direction. Now, at a missions conference in Waco, Texas, he got his answer. Juan would train to become a Bible translator for the Ugbe people in Nigeria. Juan’s journey didn’t start with the Ugbe miracle. Juan has always had a love for languages, and he majored in translation in his undergraduate degree in Spain. Yet, even while he considered working for the UN as a translator (a well paid job including many exciting travel opportunities), he knew that only thing held eternal value: the proclamation of the Gospel of Jesus Christ.

During a semester of study abroad at the University of Oklahoma, Juan took a short-term mission trip to Juarez, Mexico. This experience prodded him in the direction of missions. Speaking of this experience, he said: “I got to see how much suffering there was, and how people have no way to channel that suffering because they don’t know the Lord. We saw this with kids at the orphanage and prostitutes on the streets as we evangelized. One guy at the supermarket came up to me and said, ‘I want what you have.’ He sounded like he needed it. It made me realize we have the Holy Spirit in us, and others can see this. It became real. Others needed what I had.”

After his mission trip to Mexico, Juan experienced the Ugbe miracle at the missions conference. When asked if he saw God’s providence at work in the timing of these events, Juan replied, “Absolutely. Even before the womb He had it all planned out. ”Five years have passed since his call, and Juan plans to graduate from Dallas Theological Seminary this spring. After a time of fundraising, he will head off to the African bush. Having had some more to think about his call to Bible translation, I asked him a few more questions. Why Bible translation? “Because there are a lot of people who don’t have access to the Word of God, and I think everyone should have the opportunity to hear His Word and respond to it in the language that speaks to their hearts.” Do you think it will be hard?“It isn’t going to be easy, but I don’t think it’s easy for them either. It isn’t like torture though, I’m just not used to it. If I made it through Kenya for two weeks, I can do it for longer in Nigeria.” Laughing, he added, “I’m going to miss Western luxuries, like a toilet. But I know if God is calling me there He will equip me.”Can you summarize your goal in a few sentences?“My ultimate goal will always be to do God’s will and glorify Him in all that I do. In regard to my mission to the Ugbe people, my goal is to bring them the best thing I can give them—the hope and truth that God’s Word provides. My hands are empty. The only valuable thing I have to share is the Gospel. This is the only thing that will last forever.”In the book of Revelation, John gives us a scene of people from every tribe, language, people and nation worshiping the Lamb Who purchased them with His blood.

After my interview with Juan Navarro Martinez, I praised God for my brother in Christ who has committed his life to make sure that the Ugbe people won’t miss the party.

Connor is a graduate student of Dallas Theological Seminary. His passion is to know the Triune God and make Him known.