The emotional power of Touch 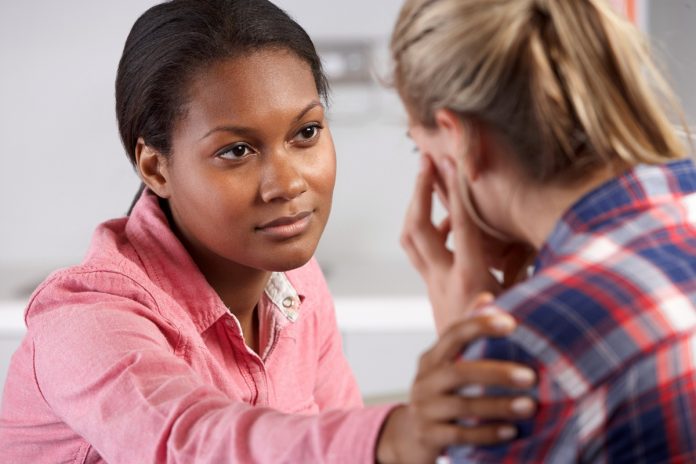 We live in a ‘touch phobic’ society says one psychologist. Humans like to have their own space without unnecessary intrusions. Even animals define their own territory. Dr. Edward Hall Professor of Anthropology called this tendency ‘proxemics.’ The space we create around us depends on intimacy with others, our cultural upbringing or on socially acceptable boundaries which differ in eastern and western cultures. Touch varies from one culture to another. A kiss or a hug in one culture may not be appropriate in another. Nose rubbing in some societies will seem bizarre in others. Even a simple handshake may be frowned upon by some.

Yet touch is a primeval need not just in humans but also in animals. Anthropologist Ashley Morgan in his book ‘Touching’ says physical contact of babies with their mothers is essential for development. Many animals spend a long time licking their young ones after birth. This is not just to keep the young one clean but the tactile stimulation conveys security and warmth to the baby. Whether it is a dog, cat, monkey or human baby, they all need the touch of a mother.

Touch is a nonverbal body language and is the swiftest method of communication. The skin has a very complex nervous system. A warm touch stimulates oxytocin the ‘cuddly hormone’ that enhances bonding and trust. No man is an island and human beings need that bodily contact with others.

To a baby, the mother’s touch is his main source of comfort and security. Babies crave to be cuddled and carried several times a day. This intimate contact is important for bonding. While breast feeding ensures frequent and intimate body contact, it is not milk alone that adds to the child’s wellbeing. According to some studies by pediatricians, babies who do not get sufficient cuddling and care have a higher Infant Mortality rate. Even an autistic child who is touched and cuddled frequently can overcome his self hugging isolation. Children want to touch and hug parents. But as they grow older, touch gives way to body language.

The importance of touch in marriage cannot be stressed enough. Touching or being touched communicates intimacy. It nurtures tenderness. A lot of touching takes place at the beginning of marriage. It peaks in the early years but then gradually tapers off, contributing to problems in marriage. Husbands stop touching except when they want sexual favours. Affectionate touching becomes rare. What they don’t realise is that affection is what a woman’s body craves for. It enhances her self esteem. Her skin is far more sensitive than a man’s. The true indication of a healthy and stable relationship is not how often a partner touches his wife but how often she responds to his touch. The stronger the reciprocity, the greater the level of intimacy.

The touch of consolation can speak more eloquently than words. An arm around the shoulders of someone who is grieving assures the person of sympathy and concern, when words are difficult express their condolences. As Michael Kraus says, “Touch strengthens relationships and is a mark of closeness.”

Touching brings a smile to lonely people stuck in old age homes. It gives them the feeling of reassurance that they are not forgotten.

A pat on the back of someone who has done something outstanding, is congratulatory and increases the self esteem of the person.

A person who is ill or in pain, craves for the touch of a friend or care giver. It brings comfort. The Bible is full of incidents when people brought their children for Jesus to touch. He touched the blind, the maimed and even lepers. Why did He need to touch? Because he wanted them to feel His love, warmth and identification with them. There is the beautiful story of a hemorrhaging woman who touched the hem of His garment and was healed. Her faith was made known to the crowd when He asked “Who touched me?” because He knew he had transmitted healing to her.

However, compulsive touchers who can’t keep their hands to themselves are a menace. This is a punishable offence, because recipients recoil at the touch and feel embarrassed and frightened.

Inappropriate touching in crowded trains or buses has sexual overtones. This kind of sexual harassment needs to be exposed and punished.

Some conservative cultures prefer ‘no touch’ greetings. They prefer to bow or hold their hands together in greeting.

Some regard touch as spiritual contamination especially with lower castes, ill people or menstruating women. An accidental touch would have to be followed by a cleansing bath.

Touch can have negative effects when it violates cultural, social and personal norms.

Touch is a wordless trait and fulfils an emotional need. As Henry Thoreau said, “If I can put a touch of one rosy sunset into the life of one man of woman, I shall feel that I have worked with God.”

Eva Bell is a Fellow of the Royal College of Obstetricians & Gynaecologists,
She is a freelance writer, and her articles, short stories and children’s stories have been published in magazines, newspapers, on the Net, and in several anthologies.
She is the author of:
Novels – “Silver Amulet,” “When Shadows Flee,” “Halo of Deceit,” “Runaway Widow” “Power Surge in Eden.”
Non-Fiction- “Grace Abounding,” “Womanism- The Adventure of being a Woman.”
Children’s Books: “Lost on the beach,” “Sniffer Dog and other stories.” “Wandering into Wonderland.”
E-books: Cactus Hill, Survival Strategies in an Angry World, Storm in the Desert, Womanism and Runaway Widow, Back From Beyond (Amazon Kindle).
Website: http://www.evabell.net
Blog: http://muddyloafers.blogspot.com