The doctor said my mother was barren 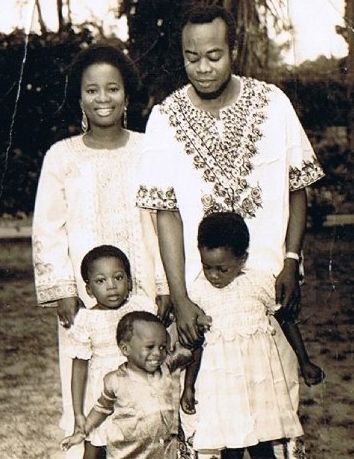 [dropcap]M[/dropcap]ay is a very special month for me. Mothers are honored on Mother’s Day, and I celebrate my birthday on the first day of the month–that should answer any questions about how I got my name. I want to seize this opportunity to wish all mothers a very happy Mother’s Day and congratulate them on the difficult but rewarding role of raising children. For those single men raising children in place of their mother, all I can say is you are blessed. Keep up the good work.

Anytime I think of the phrase “It is not over until God says so,” my mind always races to my mother–her easygoing way of life and strong belief that what will be will be. If she didn’t employ this approach to the way she lived her life, you might not be reading from me today.

My mother’s teenage and early adult years were plagued with excruciating menstrual periods that often resulted in her admission to the hospital. Although the harsh nature of her cycle, the complications, and the pain all spelled trouble, my mother was unprepared for her doctor’s verdict. “You will not be able to have children,” he told her while she was recuperating from being critically ill. The results of some tests seemed to buttress his claim. This news shattered my mother’s lifelong dream of having kids. She became an orphan at the age of 11 and looked forward to having children of her own to fill the void her parents’ deaths created. She’d been dating my dad for a few years, and as she prepared to break the news to him, she feared for the worst. My father was the first son of his parents, and they were eagerly anticipating the arrival of grandchildren. My mother wasn’t sure he’d remain with her without the possibility of children in the picture. She did what she knew to be best: Leave the situation in God’s hands.

My father’s response shocked my mother. “I love you and will marry you whether you can bear a child or not,” he told her. My mother thanked God and respected my father all the more. Their families, however, did not approve of the union. My parents were very much in love and made up their minds to leave their respective families out of their relationship. In 1966, they eloped to another Nigerian state far away from home, got married and started their lives as husband and wife. My mother was 29 and my father was 32, and they planned to live their lives to the fullest.

Three months after their wedding, my mother started having strange physical symptoms. A visit to her new doctor revealed she was pregnant. Shocked and unable to believe what she was hearing, she called my dad, who marveled at the Lord’s doing. The report of the Lord completely erased the doctor’s report, and at 11 a.m. on May 1, 1967, my mother gave birth to a very healthy eight-pound baby girl–me. My parents named me Esohe, which means the grace of God, and gave me the middle name Honey May, which a very close family friend came up with. (I deliberately leave Honey out of my name because I was teased a lot about it growing up.)

Over the years, I loved hearing my mother describe her experience after the first few days of my birth. “I kept pinching myself to see if I was dreaming–I used to sneak into the nursery to spy on you and count your tiny fingers and toes to make sure they were 10 each,” she’d say with a huge smile on her face.

With three children under her belt, my mother was convinced that she was serving a God who can never fail. She took care of us to the best of her ability, did not spare the rod and spoil us but made us believe that nothing is impossible. She passed on to glory on August 17, 2007, leaving behind a legacy of unshakable faith in God.

To all of those waiting to experience motherhood, I encourage you to let go and let God–let His will and not your will prevail in your life, in Jesus’ name.

Facebook
Twitter
Pinterest
WhatsApp
Previous articleAre You Ready to Ride the Waves of Change?
Next articleIs Your Senior Loved One Safe at Home, Or Is Assisted Living Necessary?