The Divorce of Marriage 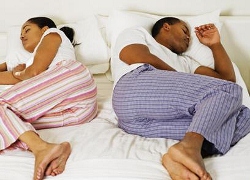 [dropcap]W[/dropcap]e have moved beyond the need for mere “marital counseling” to a need for “marriage promotion.” People are not getting married. Extreme secular culture has even gone as far as declaring marriage as old fashion, obsolete, and antiquated. The results are live-ins and/or disposable marriages. This cancerous ideology is metastasizing among heterosexuals while those who promote the gay agenda are seeking to distort the definition of marriage beyond that of a covenant relationship between one man and one woman. Simply put this most primary and historical institute of humanity is under attack on every front, whether divorce, abandonment, or perversion.

What havoc has this phenomenon wrought on our communities and society at large? The degradation of the sanctity of marriage is the source of the unwedded and unwanted pregnancy epidemic, teenage delinquencies, increased child abuse and molestation, continued propagation of divorce, the embrace of homosexuality, and countless mental, emotional, and spiritual wounds to the posterity of the broken marriages. Marriage may be optional or disposable in our minds, but this is anything but a reality. The pain is real; the price is high, and the pathology is virtually unstoppable.

The most extreme consequence being realized today is that it is becoming more in vogue to simply not get married: sometimes out of fear, after experiencing the horrific details of the divorce of their parents, and sometimes out of seeking a personal lifestyle of convenience, not wanting the difficult challenges of this covenant keeping task; moreover, in a culture of “feel-good seekers,” either motivation serves as a catalyst for abandoning marriage.

Lastly, long-term effects of a self-serving, self-esteem seeking, and self-gratifying culture is that our children are taught to enter into marriage with as much independence and autonomy as possible. The idea being, establish one’s self firmly before entering into marriage. Parenthetically, one need only to converse with a few average adults passed age forty-five to quickly surmise that personal establishment is a life-long task which is refined and/or re-defined every decade of a person’s life. Additionally, such establishment faces added difficulty and slower progress apart from a context of marriage and family contrary to popular credence. Moreover, even when the bonds of matrimony after this so-called personal and career achievements are met, the bonding glue on the tape of marriage is hardly sticky; rather, interdependence is thwarted by separate bank accounts, separate friendships, separate visions and ideals for the family, attending separate churches, and even separate lifestyles. When marriage in youth is postponed for social and material achievement, there is practically nothing left around which to build and grow a marriage.

All the ideals mentioned are sourced in man’s cognition and not God’s word. We’ve abandoned the instructions of the one who invented male and female, instituted marriage, installed its purpose, and informs its success: “And God created man in his own image, in the image of God created he him; male and female created he them. And God blessed them: and God said unto them, be fruitful, and multiply, and replenish the earth, and subdue it; and have dominion” (Gen 1:27-28).

This is the sole purpose of marriage: the propagation of God’s image in the earth. Whatever pleasure we find in it is an incidental fringe benefit to the duty of faithfulness to God’s word.

No doubt this does not sit well with our epicurean culture; however, rest assured that the Christian life will always bring us to the choice of seeking our pleasure or seeking God’s glory, and both cannot be sought simultaneously. The glory of God still remains in the promotion of youthful, fruitful, faithful and dutiful matrimony, which will in turn provide for a more blessed and stable society.

Yuri Solomon holds degrees from Gospel Ministry Outreach Theological Institute and the College of Biblical Studies. He currently serves as Senior pastor of the New Life Baptist Church in Houston, Texas, and is the Secretary of Christian Education in the Union Baptist Fellowship of Churches.