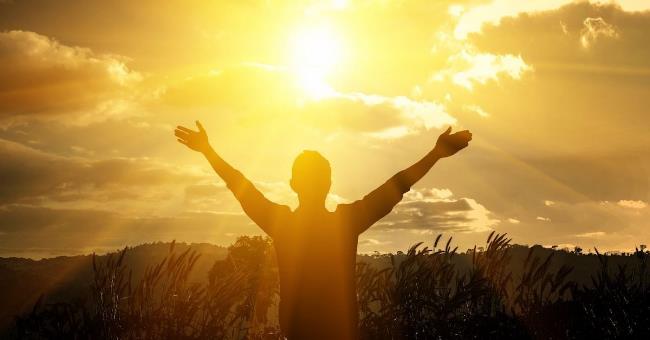 When the Spirit came to the Galatians. In the Bible’s Galatians 3:2-5, Paul appeals to the manifestations the Galatians had received, and how they had received them. By way of review, here are some of the records of what happened in Galatia when Paul first visited:

(Acts 13:52) The true disciples of Jesus in Antioch of Pisidia were filled with the Holy Ghost.

(Acts 14:3) In Iconium, as the apostles preached, the Lord granted signs and wonders to be done.

People ask, what sort of power is released in our own day? Is the Gospel accompanied by the miraculous now?

Harry Ironside, the former pastor of the Moody Church in Chicago, gives a good answer: “When the gospel of the grace of God is preached, men and women believing it are delivered from their sins… the drunkard finds the chains of appetite are broken. The licentious man who reveled in his uncleanness like a swine in the mud gets a sight of the Lord Jesus… and becomes pure and clean. The liar who has not been able to speak honest words for years… learns to speak the right words, true words…

“When men genuinely believe, they actually become new creations. There were no such signs and wonders accompanying law-preaching.”

In none of these cases was the hearing and obeying of the Jews’ Moses a prerequisite to God’s moving upon them. The very first falling of the Holy Spirit upon Gentiles, in Peter’s presence and during his message, is further proof that God responds to this Gospel in ways He does not respond to Moses.

So, you want to be under Moses, Galatians? Listen to Moses awhile, what he really said, from Genesis on. Notice Paul calls the entire Pentateuch “the Law” because it was written by the great lawgiver, Moses (4:21).

This is well-known history to a Jew and to many of us. Abraham first had a son by a “bondwoman”, that is, a servant or slave. We know her as Hagar. Then he had a son with a freewoman, namely his own wife Sarah (4:22).

But the means to that birth, though also of flesh, can be guided by men or by God. People have babies every day, many out of wedlock, many with a partner God never intended, and so on. Ishmael was of this nature, and because Hagar, his mother, was not the legal wife of Abraham, and because the plan to have a child through her was conceived in the carnal mind, he is said to be born carnally, or in the flesh (4:23).

On the other hand, Isaac, who also came into the world by the union of a man and a woman, real flesh and blood child, came in through a legal and God-blessed, even God-promised union. He was therefore a child of promise. God said Abraham would have a son from his own body and his wife’s. There is no other but Isaac who was born this way, by promise, by the power of God, yet fully human in nature.

Being born out of wedlock is not unpardonable or to be judged. This is not the point of the story here. He uses Isaac and Ishmael to make a point, symbolically.

What do the two covenants stand for?

4:24-27 24These things serve as illustrations, for the women represent two covenants. One covenant is from Mount Sinai and bears children into slavery: This is Hagar. 25Now Hagar stands for Mount Sinai in Arabia and corresponds to the present-day Jerusalem because she is in slavery with her children. 26But the Jerusalem above is free, and she is our mother. 27For it is written: “Rejoice, O barren woman, who bears no children; break forth and cry aloud, you who have never travailed; because more are the children of the desolate woman than of her who has a husband.”

He says that these two sons can stand for the two covenants, namely the covenant of Mt Sinai, and the New Covenant of the Spirit.

Ishmael, born from Hagar the servant, born of the carnal will of man, matches up with the Law, born from Mt. Sinai (4:24).

He carries the analogy even further. He says that Hagar, which equals Sinai’s law, is also equal to the present form of Jerusalem, namely the Jews without Christ, still in bondage to the law which curses (4:25).

Oh, it’s very different under the Spirit, that comes directly into the heart, as opposed to the law which torments man from the outside, for he knows he can never obey that Law and be pleasing to God.

Bob Faulkner is a man found of God over 65 years ago, called to the ministry, now retired from school teaching, and serving the Lord in the local church and as a website and Zoom group host. Look for Bob’s books at http://www.amazon.com/author/bfaulkner