The Challenges and the Hope In a Long Marriage 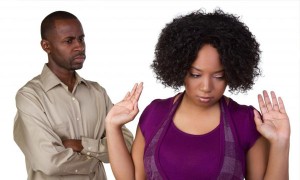 MARATHONS are excruciating affairs of endurance.

The athlete is inspired to register their entry, they do so, and then they devote many hours in the preparation. They prepare mentally, physically, emotionally, and maybe even spiritually. Their well being is under constant surveillance, for the journey is too long to allow a single compromise. Their diet is strictly controlled and days out from the event there is the careful portioning of protein and carbohydrate – not to mention the supplements they choose to take as extra insurance. There is, perhaps, a difficulty in sleeping as race time draws near, and fatigue may be the unwanted nemesis. With the starting line in view, and the starter’s gun fired, she is off!

The race has begun.

Marriage is no race, but for reaching the finishing line – “til death do us part” – intact.

The marathon runner is pacing herself as she strides the opening miles at good, though reserved, pace. The course is known and there is due execution of the plan that has been carefully designed and prayed over.

With marriage, of course, the course is unknown. Many unknown mountains need to be climbed, not to mention the valleys to be endured. The early going sees much excitement – and maybe some trouble – but nothing like what we will experience as the race winds on through the lonely chicanes. Depending on how we feel, we might settle in for some balanced and triumphant miles. But, sooner or later, the drudgery will affect us mentally, and that’s where we need to stay sharp. Such drudgery is an inside job – and we need to say, “Get behind me, Satan!”

The marathon runner, likewise, has temptations to quit. The course is harder than she imagined, and there’s the unexpected encounter with shin splints – a pain that feels like an explosion in the leg every time each foot lands. There’s no blood, but there are tears and lots of them, and the grimacing face is the sign of a will being tested to its bitter extremes. As she keeps putting one foot in front of the other, there is the nagging thought of giving up that gnaws away at her. But she cannot. Not just yet, anyway.

Similarly, the marriage suffers upsets and some of them seem impossible to get through – certainly as they are experienced in bristling momentousness of hurt. But there is hope if we can keep striding by addressing this ‘injury’ on the run. So long as we think laterally, we can stay in the running. And then some marriages become a DNF – did not finish. The injury was too great. The runner(s) gave in to the gargantuan pressure. But the marriage where communication and compromise are regularly met and re-invented is the marriage that endures to the end.

If marriage can embrace the dark valleys and the arduous high mountain climbs it can enjoy the terrific massif vistas that beckon at life’s end.

A marriage enjoyed sets itself apart as the thesis of life that God called it to be.

Steve Wickham is a Baptist pastor who holds Degrees in Science, Divinity, and Counselling. Steve writes at: http://epitemnein-epitomic.blogspot.com.au/ and http://tribework.blogspot.com.au.