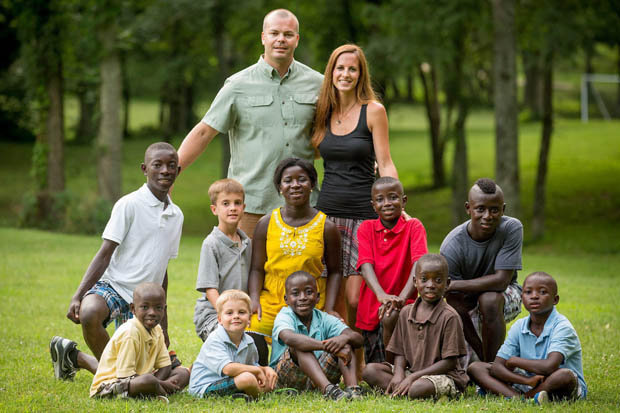 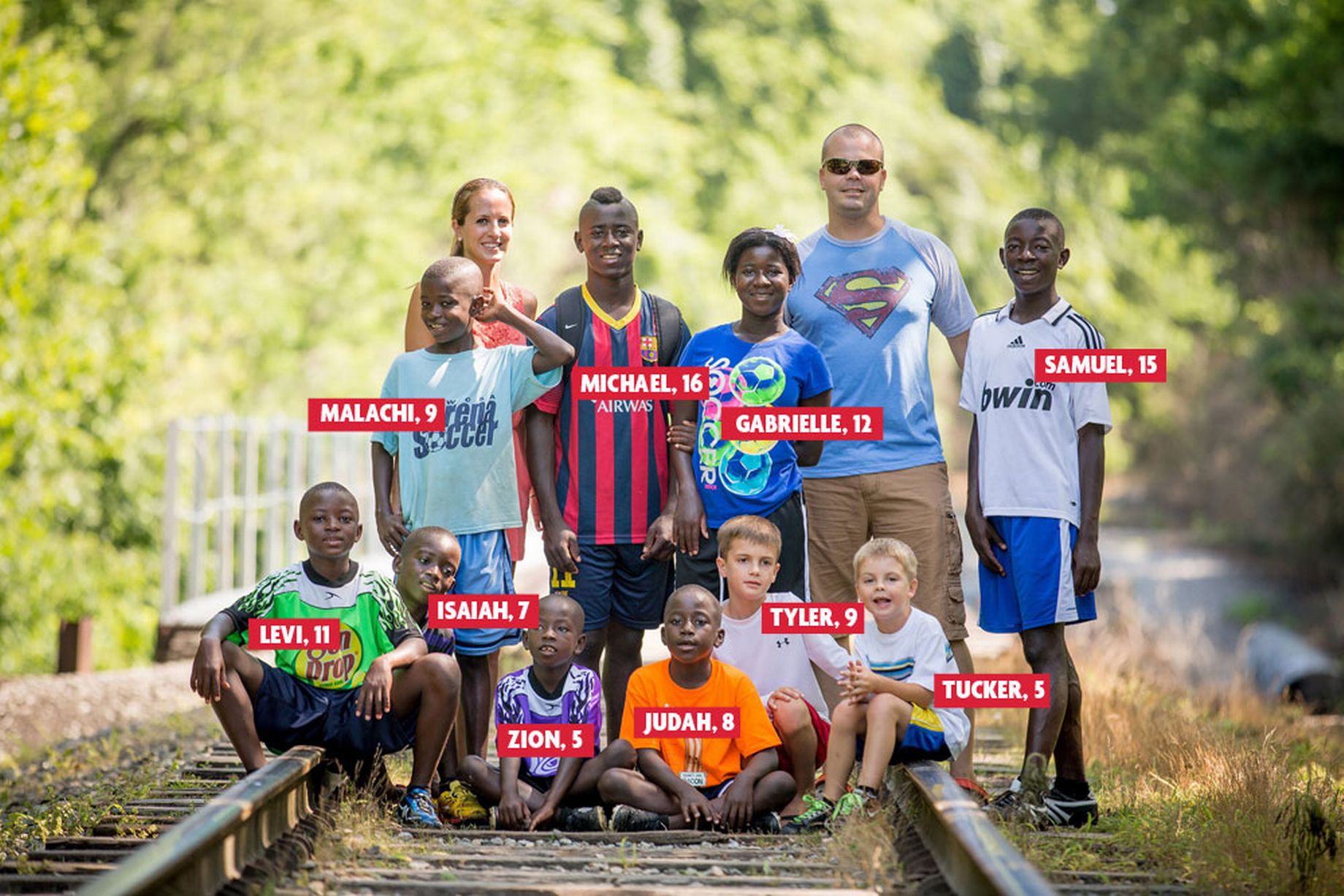 Mike and Harley Jones from Franklin, Tennessee set a world record when they instantly increased their family size from two to ten children after officially adopting 8 children from an orphanage in Sierra Leone.

Although they planned for one child, they learned about a sister and her 7 brothers aged 5 to 16 whose dad died in a boating accident and their mother couldn’t care of them. “When we were told of a group of eight siblings, I got chills all over my body. They were just names on a piece of paper but I knew we were meant to adopt them” revealed Mike.

Mike 34 and Hayley 31 met and married in their local church 15 years ago.  Haley was hospitalized and had very difficult emergency C-section births with their two sons Tyler 9 and Tucker 5. The Jones’ wanted at least one more child and they talked about the possibility of adoption.

Not too long after, Haley, a schoolteacher, was thrilled to discover that an American family adopted one of her students from Sierra Leone. “We met up with my student’s mom to find out more. She had a long list of names and when she said she had a group of eight, I laughed.”

Upon informing Mike, she was surprised at his reaction and readiness to adopt all of them. Their sons Tyler 9 and Tucker 5 were also on board and excited at the thought of more siblings. “I’m so pleased I trusted Mike because he was right. Now our family feels complete” she said.

“They were all waiting for me at the gate,” she says. “They ran up and kept touching me and asking questions. I definitely knew right then they were going to be our kids.” Hence the adoption process began.

The Jones’ launched a campaign on gofundme.com. $16,000 was raised and used to expand their home and get ready for their large family. Some people in their community donated beddings, clothing and bunk beds.

On March 19, 2013, Hayley arrived in Tennessee from Sierra Leone with all eight children to a rousing welcome from more than 100 people at the airport. The Jones’ view that moment as emotional, but are so grateful that all worked out.

The couple’s eight kids have fit into their family very well. Hayley thinks that she and her husband were supposed to have these kids with them, and is convinced that this is fate.

“Now we have eight new mouths to feed, we have to be careful with money, but we find the most joy from just being together as a family – we don’t have to buy expensive clothes or toys to be happy. Our eight new kids were always destined to be a part of our family; it just took us a little while to find them” she said.

Hayley quit her job as a teacher to look after her huge family. The three oldest kids are homeschooled by Hayley to compensate for the years they missed school. The younger ones are enrolled in a local school. They got out in a minibus and are known as the “Jones Dozen.”

Meal times have been the biggest challenge for the Jones since the adoption, with Hayley spending most of her time cooking.

The family consumes 50lbs of rice every two weeks, and if eating meat, they eat approximately 5lbs of meat.

On a daily basis the breakfast consists of 2 packages of bacon, 36 eggs, 24 biscuits, 2lbs of sausage and a gallon of hot tea.

“Our family has tripled in size and happiness” concludes Hayley.

Lisa Cox is a freelance writer based in the New York.