Stop Blaming Your Wife For What You Are Accountable For 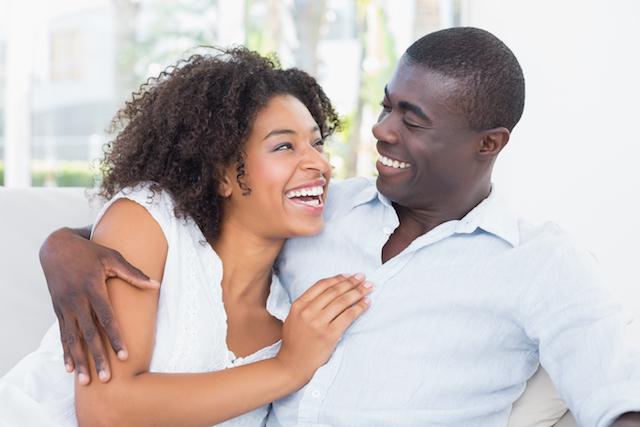 [dropcap]O[/dropcap]ne of the most eye-opening, jaw-dropping verses in the Bible is 1Kings 14:17. Now that’s amazing! After everything Jezebel did, God actually held Ahab responsible. Jezebel is mentioned only as a secondary figure and gets no mention at all in the books of the Chronicles. Now as I read the story, Ahab was a sniveling little worm and Jezebel actually did all the dirty work but in the end the responsibility was placed on the husband. That should cause the men reading this to perk up and take notice.

There are a few truths that apply to men whether they walk in them or not. Men are the spiritual heads of their wives. They just are, whether they know it or not. That’s why women should never marry an unsaved man. If you do you will have Satan as your father-in-law and one of his children as your husband. That’s why Paul tells us not to be unequally yoked. He also says in 1Cor 7 that the unbelieving husband is better off because of his believer wife but if he decides to leave then Paul says to let him. The woman will no longer be bound to that person. This really is important stuff folks.

So, what about believers? Well, the Bible gives a clear lineage of authority. Eph 5:23 says that the husband is the head of the wife “even as” Christ is head of the Church and savior of the body. I can remember many years ago when Bonnie and I were still smokers. I would pray constantly that the Lord would get her to quit smoking and His answer was always “you first”. That’s exactly how it worked out too. I quit first and she followed. Now when it comes to spiritual gifts and church activity there is no such thing as male or female. We are all sons of God and we are all members of the “Bride of Christ”. There’s no sexual distinction. But in the marriage union it’s a totally different scenario that plays out.

“Husbands, love your wives, even as Christ also loved the church, and gave himself for it;”. That was Paul’s admonition to the church in Ephesus in chapter 5 verse 25. Jesus did for his bride what Adam should have done for his. Instead, what do we see Adam doing with Eve? He blamed her didn’t he? He told God it was the woman’s fault. God didn’t buy it. Jesus took the blame for his bride and husbands are supposed to bear the responsibility for their wives. It’s that simple folks. Men are designed to take it. We are in the place of Christ for our wives. We are responsible for where they are spiritually. Indeed we are. As we see the way our wives are we take our concerns to the prayer closet and we do battle there. We declare over our wives who they are in Christ. We don’t correct them to their faces. We do battle in the spirit realm. We speak the truth about our wives alone and when we emerge we can confidently look for the physical manifestation to take place. This is a real phenomenon. I’ve witnessed it over and over. I can remember one instance when a very personal aspect of our marriage was drastically overlooked and under serviced. The Lord prompted that instead of being depressed about it and complaining to Him about it I should get alone and do something about it. I should battle it into existence. So one night while I was alone I began declaring that thing that was absent in our marriage to become a reality. It was something that couldn’t be a reality without my wife’s full and willing participation so this was going to be a real test. To this day I am astonished at how quickly that became a reality in our marriage and we’ve been enjoying the fruit of it ever since. I did nothing in the natural to manipulate the situation. There was nothing I could do anyway. It had to be her complete free will decision and she walked right into the open door I created for her in my prayer time. It really is amazing. I speak peace to her while I’m alone and she experiences it. I speak greatness into her life in my prayer closet and I watch her change before my very eyes without ever telling her about it. This is the most incredible tool you will ever have in defense of your marriage.

It all begins, as it does with everything else, with the first step. And the first step is to repent. Now, repentance is simply changing your mind and agreeing with God. God says that men are the spiritual heads over their wives and are responsible for their well being. They just are. He also says we can do something about it. This will take an enormous amount of mind-renewal; especially if you listen to secular ideas concerning marriage and relationships. The fifty-fifty model simply doesn’t work. It is mathematically flawed from the start. Fifty percent times fifty percent is only twenty five percent, guys. The reason as many divorces happen in the church as in the world is because the church has brought the world in and embraced it. It’s time to kick it out and embrace God’s ways. Every marriage is perfect and every divorce is a perfect marriage sacrificed on the altar of self. A wife will submit to a husband who knows how to give his life for her. It begins with you men. You first.