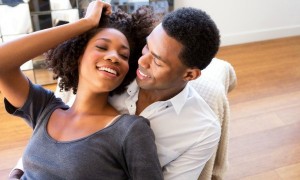 What is Sex God’s Way?

This is an important question because we are daily bombarded with misinformation and perverted ideas about sex and human sexuality.  Thankfully, God did not leave us in the dark and He gives us clear guidance in His Word regarding His view of sex.  The book of Genesis sets forth important, foundational truths which highlight key elements of Sex God’s Way. These key elements include:

After God created mankind, He blessed them with the gift of sexual intimacy and reproduction.  The command to “be fruitful, and multiply, and replenish” plainly designates male and female unions because this blessing carries a Divine expectation for the production of children (fruitful, multiply, replenish). Only heterosexual (male-female) unions can produce children.  The 2nd key element of Sex God’s Way is marriage.

The concept of sexual monogamy has become controversial over the past few years as there is a growing world view that humans, men in particular, are genetically programmed to be sexually unfaithful or to have multiple sexual partners.  The prevailing thought is that men are by nature designed to cheat on their wives.  The often heard lie is that men cannot be monogamous, even if they wanted to.

The fact mankind was created in the image of God, discredits the notion that men cannot live in monogamous relationships.  It refutes the often heard lie that sexual infidelity (unfaithfulness) is entrenched in a man’s DNA.  In reality, the exact opposite is true because  faithfulness and monogamy were a part of man’s original God given nature.  There is no excuse for sexual infidelity.  The problem is men (and women) do not choose to be monogamous.

In summary, Sex God’s Way can be defined as heterosexual (male and female) intercourse within the confines of covenant marriage between couples who are sexually monogamous.