Run, Don’t Walk From These Churches 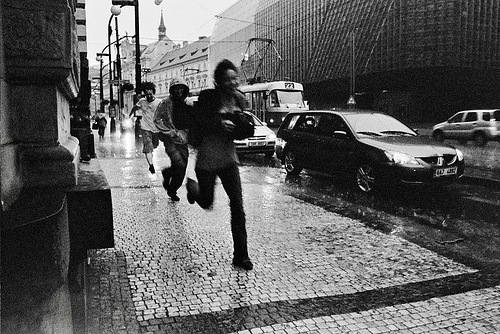 [dropcap]I[/dropcap]f you see any of these seven warning signs in your church, my advice is to run as fast as you can.

A friend of mine from England recently asked me for counsel regarding a serious dilemma. His pastor had been involved in extramarital affairs, yet the man never stepped down after the scandal. My friend grew increasingly uncomfortable. Then he became alarmed when the embattled pastor announced he was going to lay hands on every church member during a weekend service to impart “special revelation.”

This pastor had a base of loyal fans, but the Sunday crowd was dwindling because people could smell trouble. They knew it wasn’t right for this man to remain in leadership without receiving some serious personal ministry. I advised my friend to run for the door.

I’ve never found a perfect church in all my travels—and it certainly wouldn’t be perfect if I joined it. But there are some churches that deserve to be called unhealthy. While I believe we shouldn’t give up on a church too fast, there are some warning signs that should cause you to stop and ask if you’d be better off finding better pasture.

1. No accountability. There is safety in the multitude of counselors (see Proverbs 11:14). There is much less safety—perhaps even danger—when a leader does not bother to seek counsel from a diverse group of his peers, as well as from gray-haired men and women who have the wisdom that comes with experience. If a pastor or church leader isn’t open to correction or financial oversight, he is headed for a train wreck. If you stay in that church, you may crash with him.

2. Spiritual elitism. Healthy leaders love the entire body of Christ. Beware of any church that claims “exclusive” revelation or suggests they are superior to other Christians. This is how cults start. There is a large charismatic church in Hungary that began in revival, but the founder began teaching that their church was the only place people could truly be saved. If a pastor ever makes such claims, it is time to shake the dust off your feet and move on.

3. Entrenched immorality. The Apostle Paul commanded leaders to enforce Biblical discipline. This must be handled with gentleness (see Galatians 6:1) but nevertheless with firm resolve, because the enemy wants to infiltrate the church with moral compromise. If a pastor has been involved in adultery or perversion and continues preaching, meanwhile refusing discipline, his unrepentant spirit will infect the entire congregation—and you can expect to see immorality spread throughout the church. Don’t be defiled.

4. An authoritarian spirit. Some leaders develop a dictatorial style and try to control people through manipulation, threats, and legalistic demands. I’m amazed at how much spiritual abuse is tolerated in churches today. No pastor is perfect, and we are called to be patient with each other’s faults. But if a church leader is verbally abusive toward his staff or members of his congregation, he is in direct violation of Scripture. The Apostle Paul taught that church leaders should not be “violent” or “quarrelsome” but “self-controlled” and “gentle” (see 1 Timothy 3:2-3). It’s best to find another pastor if yours cannot control his anger.

5. Unbridled greed. Paul made it clear that a leader has no business being in the ministry if he isn’t “free from the love of money” (1 Timothy 3:3, NASB). Yet we have turned that requirement on its head today. We have given greedy charlatans access to the airwaves and allowed them to corrupt the church with a money-focused message. Your pastor does not have to live in poverty, but if he insists on living in luxury—and manipulates people during offering time to squeeze more money out of your wallet to pay for his toys—you are supporting his habit. You should leave.

6. False doctrines and manifestations. A pastor should be open to the Holy Spirit’s spontaneous work, but he or she should also protect the flock from deception. In many segments of the Charismatic movement today, bizarre New Age influences have been wholeheartedly embraced—and Christians seem to have thrown away the gift of discernment. If your church is focusing on a particular prophet’s revelations or is going off on weird tangents at the expense of solid doctrine then you should go elsewhere fast.

7. A culture of pride. Some church leaders are so insecure that they manufacture a sense of importance around them in order to function. They surround themselves with security guards, “armor bearers,” handlers, and assistants—and never actually build genuine relationships with their church members. They think church is all about their stage performance, so they rely on volume, theatrics, clothes, and a grand entrance to impress the crowd rather than just being normal, touchable, accessible servants. If your pastor is building a personality cult rather than a dwelling place for God, run for your life!