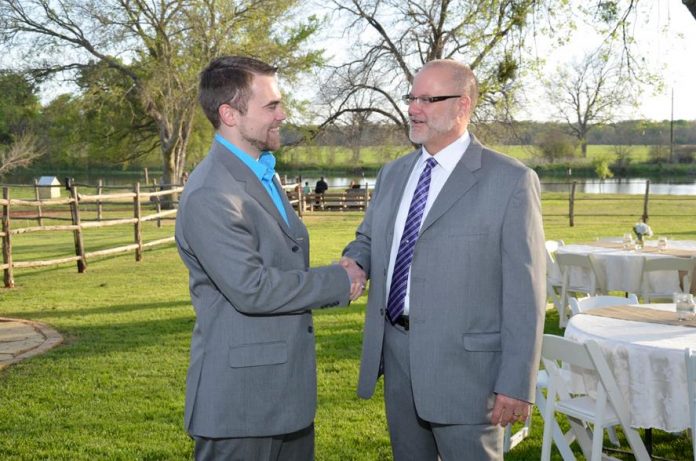 [dropcap]G[/dropcap]etting married is the second-biggest decision a person makes in their life.  Accepting Jesus as their Lord and Savior is the first and greatest decision a person will ever make.  Being joined together by God as husband and wife, a couple begins to experience a level of understanding and intimacy with God through one another  that is profound.  Speaking of this fact, the apostle Paul says, “This mystery is great; but I am speaking with reference to Christ and the church” (Eph. 5:32).

I had the esteemed privilege of officiating at my oldest son’s wedding in April.  In preparing for the ceremony (yes, I actually did their pre-marital counseling as well) I enjoyed a pleasant ride down memory lane.

Getting married is a huge step.  It should never be taken lightly or entered into frivolously.  Your spouse can make or break you in your profession.  This is especially true if you are a preacher.

As much as getting married can make you feel like a “real man” I told my son I never felt the full weight and responsibility of being a man as much as I did the day the doctor placed him in my arms.  I remember saying to the doctor, “Hey Doc, aren’t they supposed to blink?  This little guy has been staring at me without blinking.”  He eventually blinked.

And this is the first lesson, in hindsight, that my wife and I learned about all three of our children.  Their personalities were evident from birth.  Throughout my oldest son’s life teachers and adults at church would comment on how respectful he was.  They always attributed it to his looking them in the eye.  Many even remarked on his unblinking gaze.

Parents need to pay attention to the uniqueness of each of their children.  Our other two don’t have that innate unblinking stare.  They all three are respectful and responsible.  And my wife and I played a part in it, however, God is the potter and we (parents included with their kids) are the clay.

Our parenting was based on this biblical conviction: We are each made in God’s image and therefore He will mold and shape us into who He intends us to be.  This requires the parent to recognize and encourage the uniqueness of each child.

For instance, whenever I corrected my oldest son he would sit down on his little chair in his bedroom and I would kneel in front of him and talk to him about what he had done wrong.  It worked great.  When I did the same with my second son, he would start crying.  Finally, God nudged me to try a different approach.  My second son is very tenderhearted.  So I sat him next to me on the bed, put my arm around him, and then we talked about what he had done wrong.  It worked great.  God was shaping and molding them at the same time he was doing the same to me as a dad.

We also lived by a conviction that “every relationship is initiated and sustained by conversation” therefore it is of the utmost importance for both parents to make time to converse with their children.  I’m not talking about you telling them what to do and them doing it.  I’m referring to listening to them talk about their day, their feelings about what’s happened to them, as well as discussing TV shows and movies that you watch.  All of these conversations help you to know and understand each other better.

I took all three of my kids, individually, to lunch or breakfast when they were younger.  And we’d talk about whatever was on their mind.  On one particular occasion I decided to ask each of them a simple question: “Other than Jesus, what character would you like to be like in the Bible?”  All three gave me a quick answer.  But only one responded, “What about you?  Who would you want to be like, other than Jesus?”  This isn’t to say the other two didn’t care.  It’s to say my kids are different and unique.  Recognize it, encourage it, and help them gain self-confidence in who God has made them to be.

Like most parents, we did our best not to argue in front of the kids.  One evening we were returning from a wedding that was an hour away from home.  On the drive back my wife and I got into an argument.  We were in our minivan and the kids heard it.  The kids were toddlers at the time.  We stopped at a restaurant to eat dinner before going home.  My wife took both of the boys to the restroom.  As I sat in the booth with my daughter, who’s the youngest, she put her arms around me and leaned against me and said, “I love you, daddy.”  I started crying.  How could she love me after I behaved so badly while arguing with her mother?  God was teaching me that I’m His beloved child even when I’m messing up.  My daughter could see that.  Could I see it?  Through her eyes and words I did.  Did I mention, He’s the potter and we are the clay?

My prayer for all three of my children has been for them to “grow up to know, love, and serve the Lord.”  They need to rightly discern exactly what that looks like, where it happens, and how.  I am not Lord of their lives, Jesus is.

I’ve made it a habit their entire lives to feed them spiritually.  I knew it was working when they were preteens and I gave them each a different devotional book.  One was on Proverbs, another on James and the other on Hebrews.  Without me suggesting it, they read the one given to them and then traded with each other until they had each read all three.  Trust the Holy Spirit to do something like this. God’s the potter and we’re the clay. 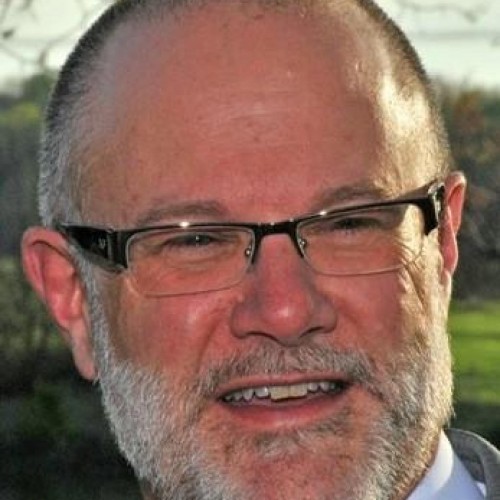