Anthony recently took some time out of his busy schedule to sit down with MannaEXPRESS and talk candidly about his journey since his Season 2 appearance on the prime time television hit The Voice.  The son of Pastor Tony Evans of OakCliff Bible Fellowship Church in Dallas, Texas, Anthony talks about newly released chart-topping record Real Life/Real Worship.

MEO: What one thing most influenced your decision to step out of the four walls of the traditional church and into a broader platform?

Anthony: My decision to move outside of the walls of the traditional church literally began with The Voice. My boss is the one who encouraged me to email Mark Burnett about one of my songs on the record called Mercy Tree. At first I thought, “why would he talk to me I was just one of the contestants on The Voice?” I took a chance and sent him an email not expecting anything to really come of it. He emailed me back with footage from the movie “Son of God,” and asked me to make a video using the footage. This is an example of another level I would not have gone to without these amazing people that God brought into my life. It’s these people who are pushing me to go beyond and become a better artist and who are challenging me to go outside of the four walls of the church to use the talents and abilities God gave me.

MEO: To clarify, you prefer to be called Anthony, not Tony, is this right?

Anthony: Yes, growing up some people called me Tony Evans but it was just too confusing with my Dad being “the pastor” Tony Evans. I felt a lot of pressure from it. Not pressure from my family but from other people who had certain expectations of how a pastor’s kid should be. I love my Dad, he walks in his shoes and I walk in mine. So yeah, I go by Anthony.

MEO: One thing I have noticed about your Dad is he is such a humble and genuine man.

Anthony: He is, but one thing I think sometimes is, at this point in his life, he has worked so hard and done so well; it is okay to let others help him with some of the day to day stuff. But, I also get it; he just wants to be “that guy” like everybody else. The house we moved into when I was three is the same house they live in now. The ministry has exploded from the time I was three years old, but he says, “I’m good, this is all we need.” He and my Mom live among the people they serve and not “above” them. That’s just who they are and I respect that in them.

MEO: Sitting here with you and having observed your Dad over the years, you each have a presence about you that doesn’t require words because your actions say everything. This was evident from watching you on The Voice. You say it well yourself, “You don’t have to be in a career ministry position to share about Jesus.” Will you speak to this?

Anthony: Yes, and this is what God has really been showing me over the last couple of years especially since being on The Voice. That’s honestly where my thinking began to change. Because I realized there is a world outside of the four walls of the church searching for something more. And some people are not interested, at this time, in going inside the four walls to hear the kingdom message. This realization is really where my call to go outside of the “box” I had grown up and lived in began. I really want to make a difference in the lives of everyday people. My family has been very supportive of me through this journey. My Dad gets it and understands his call is not necessarily going to be my call. While he is called into the church, God has called me outside of the walls of the church, yet we are both making a kingdom impact.

MEO: Your newly released Record is called Real Life/Real Worship, where did that title come from?

Anthony: It came from a conversation I had while on Season 2 of The Voice with Christina Aguilera and Jewel. The three of us were sitting at a table talking together during a shoot for the show, although it never actually aired. Jewel, who is so deep, said to me, “Okay, there are a few different things you need to be aware of Anthony, and one of those things is your being a preacher’s kid and a worship leader. While all that stuff is great, that’s just the tip of the iceberg, so I need to know what else is connected to “you” underneath the surface. The reason this matters is that I may not necessarily resonate with what’s on the tip of the iceberg so I need to know whatever else there is to you.” She went on to say, “People can smell a rat and so as long as you are being genuine about who you are then they will resonate with you and it doesn’t always have to be necessarily about your faith, spoken overtly, it can be about your experiences too.”

Then, Christina added to this, “Anthony in my career I have been considered a trailblazer and it’s not because I always knew where I was going, but I have always gone where I have gone with intent.” Christina was approaching this from a different filter, but I can put that into my own personal experience and look at it through my own filter and make it work. She was like, “I became ‘Christina Aguilera’ because I went where I was going with intent. And, people followed me because I did it with all that I am and it was genuine and it was what I wanted to be and from what I thought.”

This made me realize I have to be honest, and if I am being honest and true to myself, then my faith is going to come through because it is a part of who I am! That’s were Real Life/Real Worship came from. Because sometimes it takes real life experiences to fully understand the essence of real worship.

MEO: In listening to the tracks on the record the central theme is seeking a life of Authenticity verses seeking a life lived through a filter of perfection. Why is this message so important to you?

Anthony: It’s 100% true. Yeah, inside the four walls of the church we hide stuff behind a fake image of perfectionism. I talk about this in my concerts. I share this story: I lived in Franklin, TN for a while, and had just gone through a broken engagement. I had a friend of mine offer to help me decorate my house. It wasn’t totally my style, it was nice, but anyway, I had come back from a trip and they had bought this crazy-looking mirror that was supposed to be this masterpiece. I really wanted to meet the guy who made it so I went to meet him. He is this carpenter-type dude. I asked him how he made my mirror. He said, “Look out the window into the backyard toward my shop and tell me what you see.” Literally, I saw a burn pile, like a big, huge pile of trash and a shed. That’s what I saw. He kept telling me to look closer, and look closer. So I did, and finally I was like I see trash and a shed and that is ALL I see. He then was like, “If you look closer into what you call trash you will see a piece of your mirror in everything else you see in the shop.” So, what he basically said to me in that moment was what appears to be trash to you is a masterpiece through my eyes, because I’m an artist. I can take messes and make them amazing. And this completely resonated with me at that moment because I was going through so much, just trash, in my life and my nature is to put it in the backyard of my life and leave it there and let it pile up while keeping everything cute on the outside, you know cute for the parts that people see. I’ve learned if you will just hand God your stuff you will not have to carry it anymore and he will make it into something beautiful.

MEO: The first words in the song I Found You are “You never know what could open up your eyes.” What opened up your eyes to God’s ultimate call in your life?

Anthony: A willingness to take risks and knowing God will meet me on the other side. God is in the risks just as much as He is in the safe. He is still with us through the “unknowns” as much as He is through the “knowns.” The past four years in my own personal journey have been risk oriented. Taking those steps and seeing it all culminate into being “my time and my place” is really what has taken me to my calling. Sometimes, often times, it means taking risks and knowing God will be there all the way to the other side and beyond. The song, I found You, really speaks to this very thing. When I moved to LA I connected with people who I found had deep levels of authenticity and truth. One friend of mine in particular inspired this song. They would constantly blow me away with a truth from a place that wasn’t necessarily the norm for me. It challenged me to open up my eyes to the lessons that were there all around me once I was willing to take some risks and step outside of my box.

MEO: Thank you so much for taking the time to sit down with Manna Express.

Anthony: Absolutely. I really appreciate the opportunity to talk about not just what’s going on in my life now but also the journey that has come out of these last four years especially. My hope is for Real Life/RealWorship to really be an encouragement to people. I may come from inside the four walls of the church, but I go through the same stuff, honestly, as people on the inside and outside both do; love, breakups, failures, triumphs. I want people to know we are all in this life together and none of us has to go it alone. It’s not just about what goes on in the huddle it’s about what’s played out on the field.

A full list of tour dates and additional information can be found at www.anthony-evans.com.

Facebook
Twitter
Pinterest
WhatsApp
Previous article
Domestic violence: How to get away with murder in the so-called civilized world
Next article
5 Ways To Be A Real Man At Work 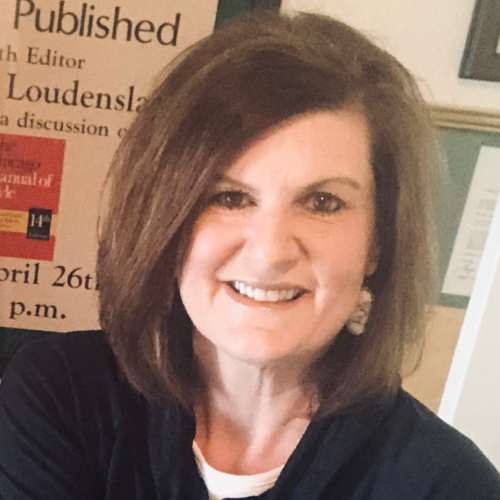