A California police officer who responded to an emergency call of a homeless pregnant woman has adopted her newborn daughter. It is not everyday you see an officer opening up his heart and hope to someone on the street. Officer Jesse Whitten, with the Santa Rosa Police Department, was different. He could never have imagined the impact a chance meeting with 6-month-old Harlow’s mother would have on his life, CBS Francisco reports.

The woman was living on the streets, pregnant and battling a drug addiction. While on patrol, Whitten would encounter her from time to time and check up on her. “I tried to get her into rehab,” said Whitten but the woman had a hard time shaking off her addiction to drugs. Sometimes, he drove the woman to a nearby shelter or detox center but to no avail.

One night late last year, Ashley Whitten rode along with her husband on patrol and they came upon the woman. It was clear to Ashley that she was pregnant. The two women struck up a conversation about motherhood and its challenges.

“I mentioned, ‘Oh, you are pregnant,’ and she said, ‘Oh yeah,’ and placed my hand on her womb,” Ashley said. After that, Officer Whitten’s concern for the woman included encouraging her to avail herself of prenatal care. One night the cop and the woman ran into each other again on the street and she said she wanted to show him something. It was the ultrasound photograph of a baby girl.

At a Valentine’s Day party, the Whittens got a call that would change their lives. The homeless woman had given birth to a five-week premature, 5-pound 7-ounce girl. She asked someone to call Officer Whitten and ask if he and his wife would take and adopt the child. 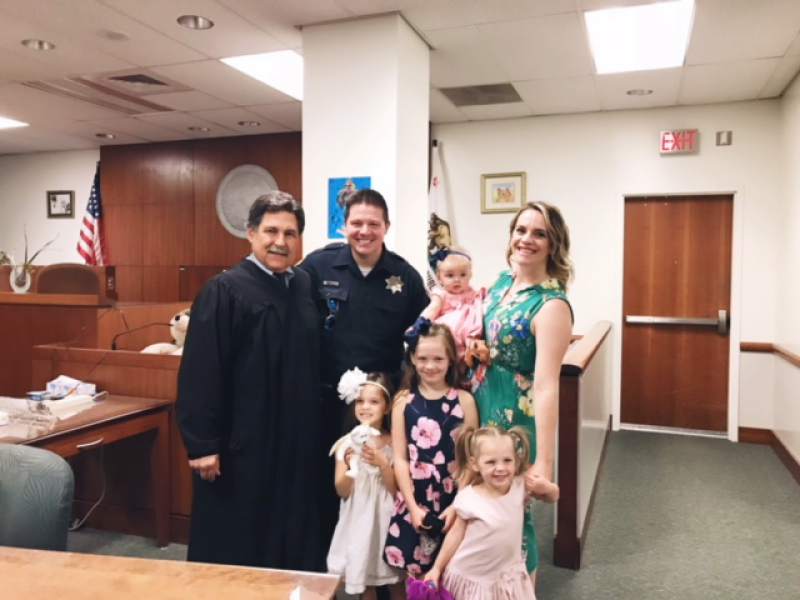 The couple let the shock sink in, then they arranged for someone to be with their three daughters — 7-year-old Reese, Kendall, who’s 5 and Stella, 3 — and they headed for Kaiser.

At the woman’s bedside, Jesse Whitten asked her what exactly she wanted. For him and Ashley to care for the baby for a while, or to take her into their family for good?

Whitten recalls, “She said, ‘I want what’s best for her. I can’t give her all the things I want her to have.’” And she asked Jesse and Ashley to become the baby’s forever parents.

“It’s weird to live in the tension of joy and heartbreak like this story is,” Ashley said. “It’s wonderful at the same time.”

Harlow Masie Whitten has blended in nicely with her three new sisters.

“She smiles so beautifully,” said Jesse.

“Her smile is the best thing,” Ashley added.

Harlow was exposed to drugs in the womb and overcame obstacles in the first few weeks of life. She’s doing much better now. 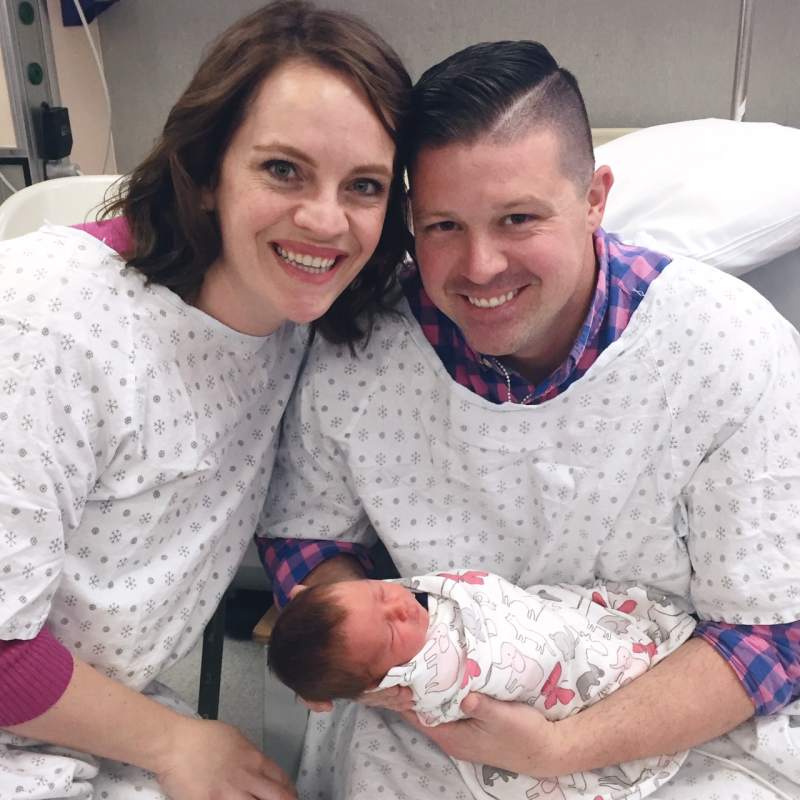 It was just this week that Harlow’s adoption became official. Last Friday, the Santa Rosa Police Department published a photo of Whitten and the newest member of the family.

Ashley and Jesse have seen the birth mother since taking Harlow into their family. It was an emotional meeting.

“We were talking and –– I was saying to her — ‘You made this choice for her and that we are so grateful,'” Ashley said. “And she said — ‘You’re her mother now.'”