Plane Flew Away In Front Of A Tornado 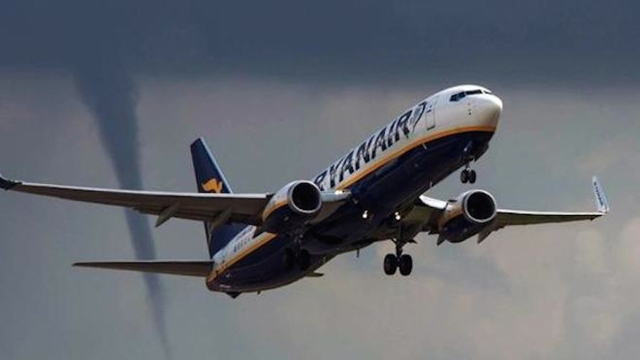 Lately, there has been bad news about the planes. Early this year one plain went missing without a trace. Later in the year, the second plane was shot down when it was flying in a war-torn zone. The most-recent incidence happened when the plane crashed in Mali. All these incidences have made some flyers to be a little bit anxious when traveling.

Late last week, Ryanair flight, Boeing 737 took off in the midst of tumultuous weather. The plane flew away in front of a tornado. However, the picture below may be a bit misleading, as it makes the funnel appear closer that it was. Even so, this may not have been a comforting sight for the travelers.

UK has been experiencing severe weather for the last two weeks. There has been remnants of Hurricane Bertha as well as powerful surge of unseasonably cool air that were sweeping summer weather away.

The flight took off from East Midlands, southwest of Nottingham, England. 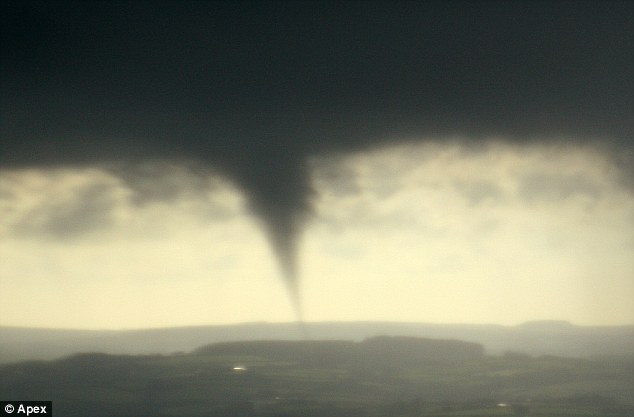 Last Thursday was a stormy day all over UK, because of a powerful cold front. Showers and thunderstorms on this particular day were believed to have produced a lot of rain in a couple of hours. It resulted to flooding that affected many places in London. The rains came shortly after summer’s heaviest rainfall that occurred a week ago.

In the U.S, planes have also had close calls with tornadoes. In 2011, fully loaded plane experienced the twister on the tarmac when EF-4 tornado struck Lambert-St. Louis International Airport. However, in that case, pilots were not aware of the tornado warning in effect. The tornado caused serious damage to airport terminals and pushed away some plane several feet way from where they had been parked. Fortunately, the tornado had reached its peak just before it hit the airport.