[dropcap]S[/dropcap]usie Jennings has a favorite saying: “God did not call the equipped, but He will equip the call.” And her life as one of the most unlikely homeless advocates demonstrates it through and through.

It never made sense to Susie to watch her mother spend her hard-earned money feeding and clothing the homeless, with the joy of the Lord. As far as Susie was concerned, homeless people were responsible for their own plight and had no business squandering what her mother could have spent on her and her siblings. 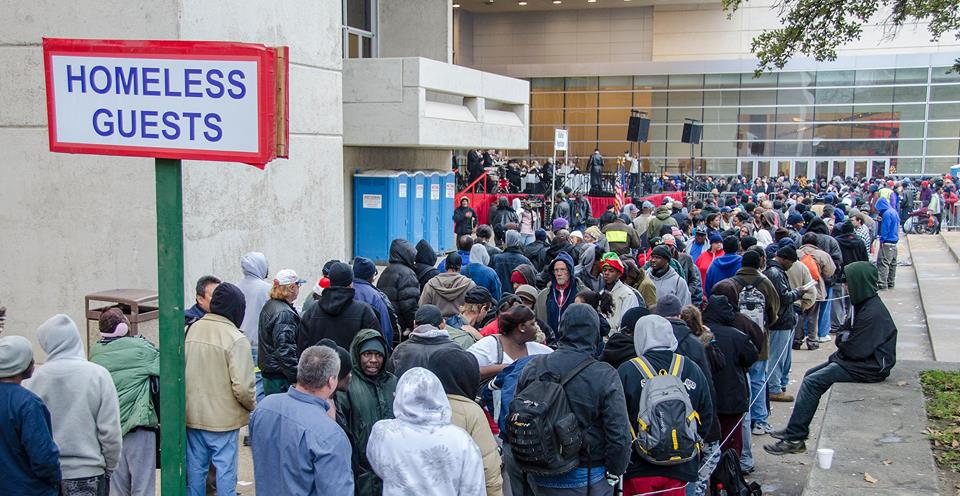 At an early age, Susie wanted to be a nurse like her favorite auntie and travel as a missionary to India and Africa. So she went to nursing school in her native Philippines, obtaining a bachelor’s degree.

In 1982, Baylor University Medical Center at Dallas went to the Philippines to recruit nurses, and Susie was fortunate to be one of those hired. She arrived in Dallas in September 1982, and four days later she started work as a nurse. She attended services at the First Baptist Church of Dallas a day before she started working, and more than 20 years later, she is still a member.

A few months after she relocated to the United States, she met David Jennings in the sanctuary of First Baptist. They began dating, and about a year later they were husband and wife, for better or for worse.

When David suddenly started losing weight after three years of marriage, Susie had every reason to be concerned. He went to the first and second doctor, who found nothing wrong with him. It was a third doctor who diagnosed David’s condition as Serotonin Deficiency—a chemical imbalance in the brain that can lead to mental illness.

David was in and out of the hospital from that point, and by their ninth year of marriage, paranoid symptoms had developed and he lost his job with American Airlines. Out of work, he plunged into a manic-depressive state and even advised Susie to find another man because he wasn’t able to look after her the way she deserved. But for Susie, divorce was never an option. Once married, always married: That’s the way she saw it.

On March 9, 1993, Susie remembers waking up feeling like something bad was going to happen, and she knew it had to do with David. As she got ready to go to her afternoon shift at Baylor, she watched David prepare food for her lunch box. Before she walked out the door, she gave him a hug, but instead of responding with his usual bear hug, David whispered in her ear, “I am going out of town where nobody knows me.”

Susie panicked—What do you mean? She asked. But David wouldn’t explain and shifted the subject. Susie left the house and headed for the gas station. She couldn’t shake the sinking feeling in her heart, and found herself unable to go to work. She called her father and mother-in-law and told them what was going on. She called her pastors and told them her husband was acting strange. By the time she got back home, there was no sign of David. He’d left without his medication and had filled the bathtub to the brim with water, but did nothing with it. Susie and her father-in-law called the police and reported everything.

David was officially listed as missing after the fourth day.

Susie was sure her husband would get over what was bothering him and come home later that day, or maybe the next day. When four days had gone by with no word from him, she theorized he might be at their favorite vacation spot in Oklahoma. These were the days before cell phones, so all she could do was wait for him to get in touch or come back home. “I used to stare at the windows in hope of seeing his white Oldsmobile pull up by the side of the house,” Susie says, the pain still evident in her voice.

While she waited for David to return, the Lord began to give her consoling scriptures. She hid her pain by going to work and not discussing what was going on in her private life. No one knew David was gone, apart from his immediate family and Susie. She was sure her husband would be home in no time.

On Friday, March 13th, a detective from Mesquite police came to Susie’s house with the news that David’s car had been found in Oklahoma. He wasn’t in it. The next day, Susie, her father-in-law and three pastors from her church traveled to Oklahoma to search for David. That morning she prayed, “Help us to find David today, and help me to find him first.”

When they arrived at the place where his car was parked, they noted that everything was intact. David’s jacket was on the driver’s seat. This gave Susie hope. She was sure they were close to finding him. The local sheriff and his men were also there to help look for David. As they screamed his name into this deserted location, all they heard were echoes.

Just a few minutes later, Susie heard, “We found him, we found him!” Susie hastened to the place where she heard the sheriff calling until he gently took her aside and told her David was dead. He had been dead—probably for 30 days—of a self-inflicted gunshot wound to the head. His body was badly decomposed.

Susie was in shock—her marriage, her dreams, the future she’d planned with David—all destroyed. This would become the toughest time of her life.

Susie says she had no bitterness toward God and accepted her fate with the help of the Word of God, her family, her in-laws, and friends. On April 10, 1993, David was laid to rest. It was the day before Easter. He was on the calendar at First Baptist to sing “Heaven” that Easter Sunday.

Two months later, her elderly neighbor shot and killed himself. This is when she says she became angry with God—two men dead in five months.

When Susie got over her shock and anger, she asked, “Lord, what can I do for you?” Her answer came two weeks later in downtown Dallas. She says she heard a voice tell her to “look at the left side,” and that is what He had called her to minister to. She turned her head and saw homeless men and women living in cardboard boxes.

She heard God say, “You are going there in person.”

Eighteen years later, Susie Jennings is known as one of Dallas’ premier advocates for the homeless. She started her successful ministry as the “Blanket Lady”—passing out 100 blankets to the homeless in November 1993. To date, she has given out more than 10,000.

In 2004, her organization Operation Care held a Christmas party that has become the mother of all Christmas parties for the homeless in North America. In 2008, Operation Care became international with an outreach to children in the Philippines. To date, they have been to India, Kenya, Taiwan, China, Israel, Indonesia and Brazil.

Under Susie’s direction, Operation Care is actively involved with the following programs: Birthday Blessings, for children whose parents are in jail; Union Gospel Mission, where they feed the homeless every third Saturday of the month; River of Life Ministry for battered women; a pre-Thanksgiving outreach under The Bridge; and the yearly Christmas gifts for the homeless. In October 2011, Operation Care hosted a celebration for homeless veterans in the Dallas area.

Susie continued to work as a nurse for many years, but today, she is in full time ministry.

Asked if she plans to remarry, Susie blurts out a big no and explains she couldn’t do all she is doing if she were married. Asked if she misses having children, she turns her head and says, “I already have thousands of children all over the world. Should I be missing anything?”

To support Susie Jennings’ work, log on to www.opcare.org.

May Olusola is the publisher of MannaEXPRESS.