Our Modern Day Clone of Leprosy and Christianity 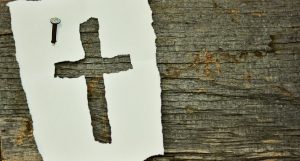 By Kola A. Fabiyi

You must have discovered the recent shift in focus in the modern-day church operating under the leadership of the Holy Spirit. Old religious methods and beliefs are being discarded for the real biblical directives of God, while multitudes, maybe you inclusive, are being delivered from religious slavery and bondage. Human-induced ways of life and blind sojourn in the wilderness of life have been receiving redemption and thorough healing to reflect the image of our Lord Jesus Christ.

No doubt, we have been called and anointed to change the world and its operational methods to conform to biblical standard, not vice versa. The kings and priests created by our Lord Jesus Christ were given marching orders to go into all corners of the world and proclaim the Kingdom of God and its righteousness. We were given the mandate to leave our spiritual barracks, which we call church, and influence the world for the best. We were told not to take anything worldly with us in the course of the journey and believe God for the necessary and legal provisions to successfully execute our marching orders. We were given the tag of “sons of God,” not titles, to identify our positions and departments in the regiment of heaven. Everyone was given a unique key job responsibility on earth and none was sent to compete with the other for unnecessary supremacy or fleshly recognition.

I hear and read lots of accounts about the church being weak in carrying out its unique role in creation. You must have heard about such too. I often read that the church has allowed the world to influence and subtly control its culture, morality, traditions and virtues. Your pastors must have expressed their frustrations about how the people have become lukewarm about their response to God and His assignment for them. Your bishop must have dissolved some board of ministry leaders, only to replace them with equally complacent but subtly ambitious battalion. I can vouch for the fact that your apostle must have had sleepless nights rummaging through his mind how he could rain down revival on the ministry all over again and bring back the old time “Fire for God” but never shared such frustration with the flock. After all, the General of the army doesn’t reveal his secrets until the last minute; the moment you can predict a General, he ceases to be a true and reliable one.

The church didn’t become weak overnight. The powers inherent in the sons of God are so awesome that only the sons can remove themselves from its full benefits. Your enemy, satan, was never made a creator and never will he be one. He didn’t create music, medicine, good things of life (James 1:17), beauty, and so forth but he can powerfully influence such through you. The plan to render you powerless, helpless and useless was orchestrated and well executed from the headquarters of all weakness and destruction with the support and cooperation of God’s priests and kings: You.

The account of prophet Elisha (2 Kings 5) gave us a glimpse of a major problem with the modern-day believers in Christ. The heart of God is crying to His children today in the church to see a major hurricane destroying the fabric of their power base while they blindly celebrate vanity. While the power is flying out through the window, many are living on past glory and glorifying dead works of the flesh.

I get concerned when past, old miracles are deified and made an object of worship while the cloud of glory has moved far beyond such antiquated man-made tabernacle. God does not change but frequently changes His methods. He is not a respecter of persons but a respecter of principles. He operates by His principles and any idea that is outside the confines of His’ gets ignored.

In your church, would you do anything for free without expecting something back as reward? Can you finance a major project without expecting to be made a Deacon? Can you bless the work of God without expecting to be made a Pastor? Honestly, can you continually bless the people of God without expecting to be recognized and shown to the world what you often do? Can you operate as an unseen worker without being known by the elders for what you do? For you, is it unheard of for something to go for nothing? Do you worship in your local church for what you can get out of the place in terms of the honor or title that goes with your name? Would it be right to say that only your profile (not the people) benefits immensely from what you overtly display as “service unto the Lord?” If your name is not mentioned as a result of an accomplishment in the ministry of God, do you feel offended despite your sacrifice and contributions?

The result of those scenarios mentioned above has brought the reward of Gehazi on many in the church. People you never expected have been unconsciously baptized with spiritual leprosy that they find it difficult to imagine working for the Lord without immediate gratification. This Egyptian disease tormenting those in the world has been imported into the church and perfected in awesome proportions.

People don’t sacrifice for the church of God except they are part of the reward. Many find it difficult to give their time or substance to the work of God except an acknowledgement is made to that effect in the local media. If a title is not at stake, no volunteer service is rendered to God’s work. Carrot generation has flooded the spiritual terrain and has mingled with the wheat in the house of God. Ministry work has been re-engineered and presented in the mascot of a vending machine.

Ungodly quest for recognition and appetite for filthy lucre have weakened the church of God in that a sizeable number that work “for God” are not honestly doing so, as observed by God. The tares are mounting in numbers while the wheat are being polluted with Gehazi’s carrot. The wheat are often regarded as fools or underdogs that have no ambition to rise up the ladder of prominence of recognition. But where do we place the truth that God is the author of all good and perfect things? And the good news here is that He is not deceived. He sees all and rewards all according to their deeds. He is a fair and just God. He is patient enough to allow people repent and amend their ways for redemption, but He is also a judge of the intents and motives of the heart.

As the prayers of the honest volunteers ascend unto God, He is separating the tares from the wheat. They would not be separated from His church, so to speak, but those have succeeded in strategizing their own separation from His next release of power. They have schemed themselves out of His next out pour of rain previously prayed for by His saints all over the world. He is cleaning up His church and the time is now for you and I to do a quick and urgent motive check on ourselves. We would have no one to blame if we miss out on the roll call of the empowered candidates for His treasures. God is fed up of advancing powerful kings being pulled back by those “without oil” pursuing personal agenda. He is utilizing base and foolish things to confound the mighty and the wise. In the season to come, He will reveal those not conforming with His program by placing them where they will have the craved-for opportunity to fulfill their appetites but will not be able to jeopardize His program through His honest workers. This does not reflect any callousness on His side but giving those unto their foolish ways after rejecting correction, warning and call to repentance.

God is building His church and He is empowering the company of Eleazer (2 Sam 23:9-10) to advance, shaking off the past influence of the gang of Gehazi, and proclaiming the power and authority of God over the land. Our land needs cleansing and healing, our children needs to be filled with the righteousness of God, our homes need the presence of God and we need the demonstration of His power in the entire church for the fulfillment of His will in creation.

Agenda Christianity has become a clog in the wheel of our advancement in the kingdom and it would do us much good if there is unity of purpose in our collective spiritual pursuits. Winning unbelievers over to Christ would be jeopardized if the Gehazi mindset still prevails.

“What’s-in-it-for-me” cancer is so prevalent that trusting us with His raw and instant manifested power has been a reluctant option for God. All conferences need to stop for re-evaluation; all rallies must be put on hold for us all to re-assess what is happening to us. Marriages are failing, children are being pumped with evil and violence on a massive scale, men are being tormented endlessly with soft pornography both on TV and the internet, women are finding it difficult achieving fulfillment in their marriages because of absent-minded spouses, the economy is nose-diving making it difficult for families to feed and advance in quality, and to focus on serving God without hidden motives.

Friends, we need to stop all euphoria and hypes, go back on our knees and ask God for what to do and where to go, preceded by honest repentance, not apology. We cannot continue to fool and deceive ourselves any longer, if things are not working let us admit the truth. The earlier we retrace our steps and go after power instead of popularity, the better for us and posterity, and sweeter our testimonies will be before heaven and the saints