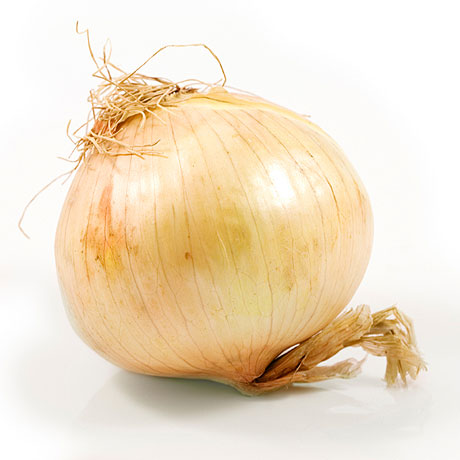 [dropcap]”L[/dropcap]ife is like an onion.  You peel it off one layer at a time; and sometimes you weep.” Carl Sandburg, American poet.

Month of MAY is National Vidalia Onion Month.

These tasty sweet onions are named after the city Vidalia in Toombs County, Georgia where they were first grown in the 1930’s.  Vidalia onions are planted in September and they mature in mid-April to mid-June.

Onions are fat free, low in calories and a good source of Vitamin C and dietary fiber.  They are low in saturated fat and cholesterol.

Onions which are part of the Lily family just like garlic have anti-inflammatory and anti-allergy properties.  Onions contain a flavonoid, quercetin also found in tea and apples and has been shown to protect against cataracts, cardiovascular diseases and cancer.  Eating parsley can help get rid of onion breath.

One way to reduce the irritation to the eyes from cutting onions is to chill them for about one hour before cutting.

In Ancient Egypt images of onions in gold served as symbols of eternal life because of its circle-within a circle structure.  They believed they had strength producing powers and fed them to the workers building pyramids. They also believed that in burying the dead with onions, the strong scent would bring breath back to the dead.

In Ancient Greece athletes ate large quantities because it was believed to lighten the balance of blood and fortify them for the Olympic Games.

In the Middle Ages they were considered such an important food that some would pay their rent with onions and it was also offered as a wedding gift.

Onions are mentioned in the Bible.  The Israelites weary of God’s provision during their Exodus from Egypt said in Numbers 11 v5 “We remember the fish we used to eat for free in Egypt. And we had all the cucumbers, melons, leeks, onions, and garlic we wanted.” (New Living Translation 2007).

Before it was known as the Big Apple, New York City, NY was called the Big Onion because it was a place where layer after layer could be peeled without ever reaching the core (Patricia Shultz – 1000 Places to See Before You Die).

1) Slice the onions in quarters and blend with Fresh Cilantro, Cloves Garlic, Fresh Parsley with Canola Oil (or other choice of Oil) until it has a pesto-like consistency.  Add more oil as needed for your use.

2) Season fish to taste and then coat with the marinade.  Cover and let it sit in Fridge for at least 5hrs or at most overnight.

3) Bake covered at 375 degrees for about 10-15 minutes or until flaky when tested with a fork.

4) Just before serving squeeze 1 Tablespoon of fresh Lemon Juice over the fish.

Can be served with Sauteed Spinach.

For leftover marinade, line an ice-cube tray with plastic wrap and fill in the cube spaces with the marinade.  Freeze, remove from ice tray and place in a sealed freezer bag for future use.

Slight variations to marinade include adding Fresh Sweet Peppers or and Ginger.

Facebook
Twitter
Pinterest
WhatsApp
Previous articleChasing a Lion and Slaying Regret – Build Your Character Based on Faith and Not Fear
Next articleWomen in Crisis By Dr. Renee Hornbuckle