My spouse cheated and is still insensitive to my feelings 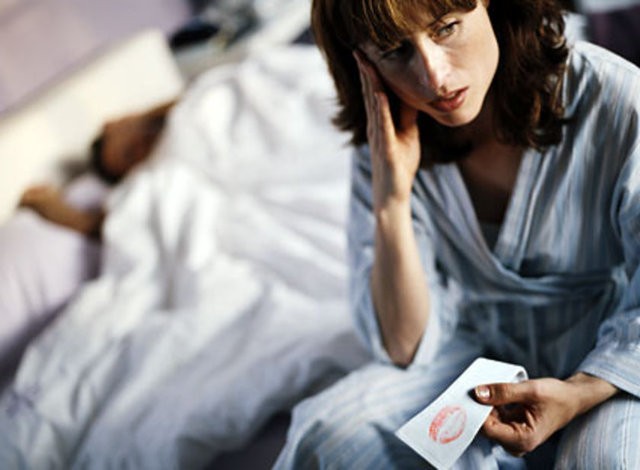 Often, by the time the faithful spouse decides that they might be open to their cheating spouse at some point in the future, they have well defined conditions that must be met. They are usually pretty honest about these conditions. Examples of these are that the cheating spouse must go to counseling, or must offer reassurance, or must commit to being honest and getting rehabilitated. These are just some examples. People will have their own conditions depending on what happened with the cheating and also on what the faithful spouse feels that they are going to need in order to be whole again.

Someone might explain: “when I caught my husband cheating, I was honestly packing my bags. I didn’t make any secret of this. I had my suitcase on my bed and was flinging clothing into it. My husband asked me not to make any concrete decisions when I was angry. I had planned to stay with my mother anyway. While I was there, he called and came by all of the time. He kept saying he had made a mistake and he hoped that someday I would give him a chance to make up for this mistake. For a long time, I wasn’t even open to him. Gradually, I started looking forward to these visits. He asked me to think about giving our marriage another chance. I told him that I could not promise him anything. But I finally agreed to keep seeing him if he would promise to be sweet, loving, reassuring and responsible. I also asked him to work on himself because he’s been depressed lately which is why I think he cheated in the first place. He promised to do all of these things. He did them for about two weeks and now he is right back to taking me for granted and being quiet and sullen all of the time. It seems like now that he knows I am open to him, he takes it for granted that he no longer needs to make an effort. I need him to court me. I need for him to tell me why I’m worth it. I need to feel special to him and like I am worth a fight. But no. He’s now just passive and he just sits there – like he’s waiting for me to make the effort. This isn’t how it is supposed to work. He is supposed to be the one making an effort to show me how important I am to him. It’s like he’s refusing to give me what I need for longer than just a couple of days. I’m starting to wonder if he is capable of giving me what I need. Because if he’s not, then I don’t want this marriage. If he won’t give me what I need, then how can I feel anything toward him?”

Know That He May Be Trying In His Own Limited Way: I understand this. I felt the same way. However, I’m not sure you’re going to feel any better if you cut your losses and just leave. Since he had gotten at least some of your cooperation and you were somewhat invested, it may feel like a huge loss to give up. It might help to consider that it may not be that he’s refusing to give you what you need. It may be that he does not know how, exactly, to do this.

Men are not nearly as skilled as women at expressing their feelings and offering reassurance and emotion. They are not natural caregivers as they usually had their mother and then their wife to fulfill this role. That doesn’t mean that they can’t or shouldn’t learn this skill. But it does not come naturally to them.

He May See Your Needs As Requirements Meant To Punish Him: Another consideration is that sometimes, men think that your having requirements of him is the equivalent of your punishing him for his cheating. Although he may know full well that he deserves this, he may resist it. Because he may find himself wondering for how long this is going to go on. That’s why you may have found him cooperative from the beginning but you see that he is pulling back now. This certainly isn’t your fault, but I mention it because I want you to understand what mind set you are dealing with.

Alternative Strategies: You could try to nudge him along, reminding him of what he promised and then spelling out exactly what type of behavior you want to see (men are not very good at guessing.) And you can make it clear that you will let him know when it’s OK to start phasing this out. But, I think it’s easier if you allow a counselor to take this task off of his hands.

Because then someone else – and not you – is asking for the repeated changes in behavior. So, it doesn’t seem like you are trying to punish him and you avoid all of those resentments that just add to what you are going through. Often, a third party can get more out of him, and for longer, than you can because that third party is not so tangled in the hurt of this issue.

Plus, you have said that he has exhibited depression. This is not something that most people, or most couples, can handle on their own. It’s only a suggestion. I know that not every one is open to counseling, but it makes this issue a lot easier because it’s coming from someone else – not from you. And by suggesting this, I’m not implying that you don’t deserve or need the reassurance. I know first hand that you do. And I also know that you often need this for a good while. There’s nothing wrong with that. You shouldn’t have to feel like you should make demands sparingly or only for a certain period of time. It’s normal and understandable to have needs. The key is figuring out how to get them met without causing more damage.

This was a challenge for me also, although for the most part my husband was pretty accommodating.  He didn’t always act in the way I hoped, but sometimes I had to read between the lines and know that he was trying in his own flawed way.  He isn’t me.  He doesn’t show love in the way that I do. But if I looked, I could see where he was trying.

You’re welcome to read more on my blog at  http://surviving-the-affair.com