My narrow escape from the trap of adultery 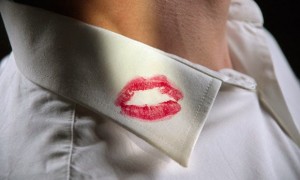 It was a rainy Friday, late in the afternoon. I was on the phone talking with my good friend Dennis on my way home from work as we were being transparent to each other and praying, for we made a commitment to pray every day. I found myself weeping and telling my friend that I was terrified because I was convinced that I would fall into adultery at any time. My flesh was jumping all over the place and I felt that if any woman would look at me or say some things implying sex, I would, without a doubt fall in adultery. Even in being separated from my wife for almost a year and a half, I knew that God’s standards concerning sexual purity are very high; He does not even accept a “Hint of sexual immorality.” As my friend and I started praying, I knew that this was not a routinely religious prayer; this was a prayer of warfare against the kingdom of darkness. Something was up! The devil was planning an attack against my life and it was closer than I thought.

The rain continued as I stopped at a gas station to fill up my car. Not even ten seconds after my last amen; while I was still wiping the tear out my eyes; a seemingly innocent woman approached me. She told me that she needed to get home to her kids, but her friend that was supposed to pick her up failed to do so. She added that she was just a few miles from the station and asked if I could give her a ride. Without thinking I say “Yes, no problem!” Within seconds of getting in my car, this woman was offering herself to me sexually; her demeanor totally changed. She touched my arm and my flesh cried out: “Glory!” I have not felt the touch of a woman in so long. My flesh continued speaking by saying: “This is it Angel; this is your chance; nobody will ever know; you don’t know this woman and she don’t know you!” But the Holy Spirit cried out even louder in the inside of me and yelled “No!” and I was reminded of Galatians 5: 16 “I say then: Walk in the Spirit, and you shall not fulfill the lust of the flesh.” I told this lady, “No.” She replied, “What, I am not attractive to you?” I said: “You are a beautiful woman, but I don’t do such things.” In no time we were at her place and I dropped her off.

I thank God for His Spirit. I thank God for giving me the awesome privilege of having friends that I can be transparent with; friends that I can pray with openly and without fear. What stopped me from adultery was not my great wisdom; it was very unwise on my part to allow this woman in my car to start with. What stopped me was not my love for my wife, even as I know I do love my wife. What stopped me was not my great self-control or even my love for my children and the people I serve in ministry. Nevertheless, what stopped me was God’s Spirit dealing with me face-to-face concerning this issue of sexual immorality, giving me the grace to pray in my closet, press on in prayer with my friend Dennis and God giving me sensitivity to His voice. May God help us all to walk in the Spirit! Glory be to God and His son Jesus Christ forever and ever… Amen!

Angel Casiano was born in Brooklyn, New York and raised in the Barrio Arenas de Guanica, Puerto Rico. He graduated with a B.A. in Sociology with a Minor in Education from the “Universidad Interamericana de San German, Puerto Rico. He works as a Care Coordinator for Fairbanks Resource Agency and can be reached at: angelcasiano@aol.com.