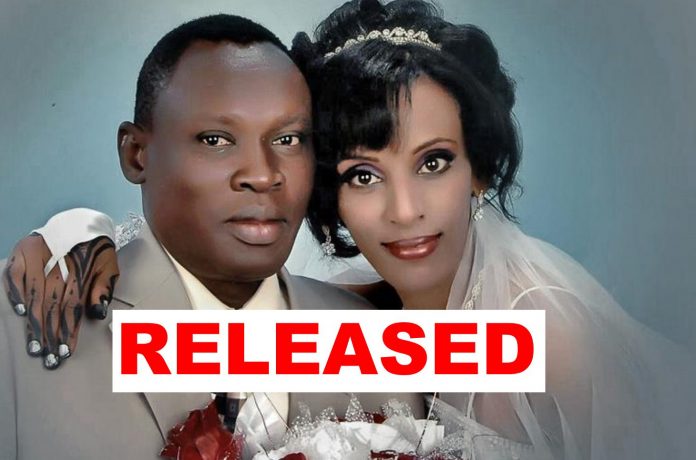 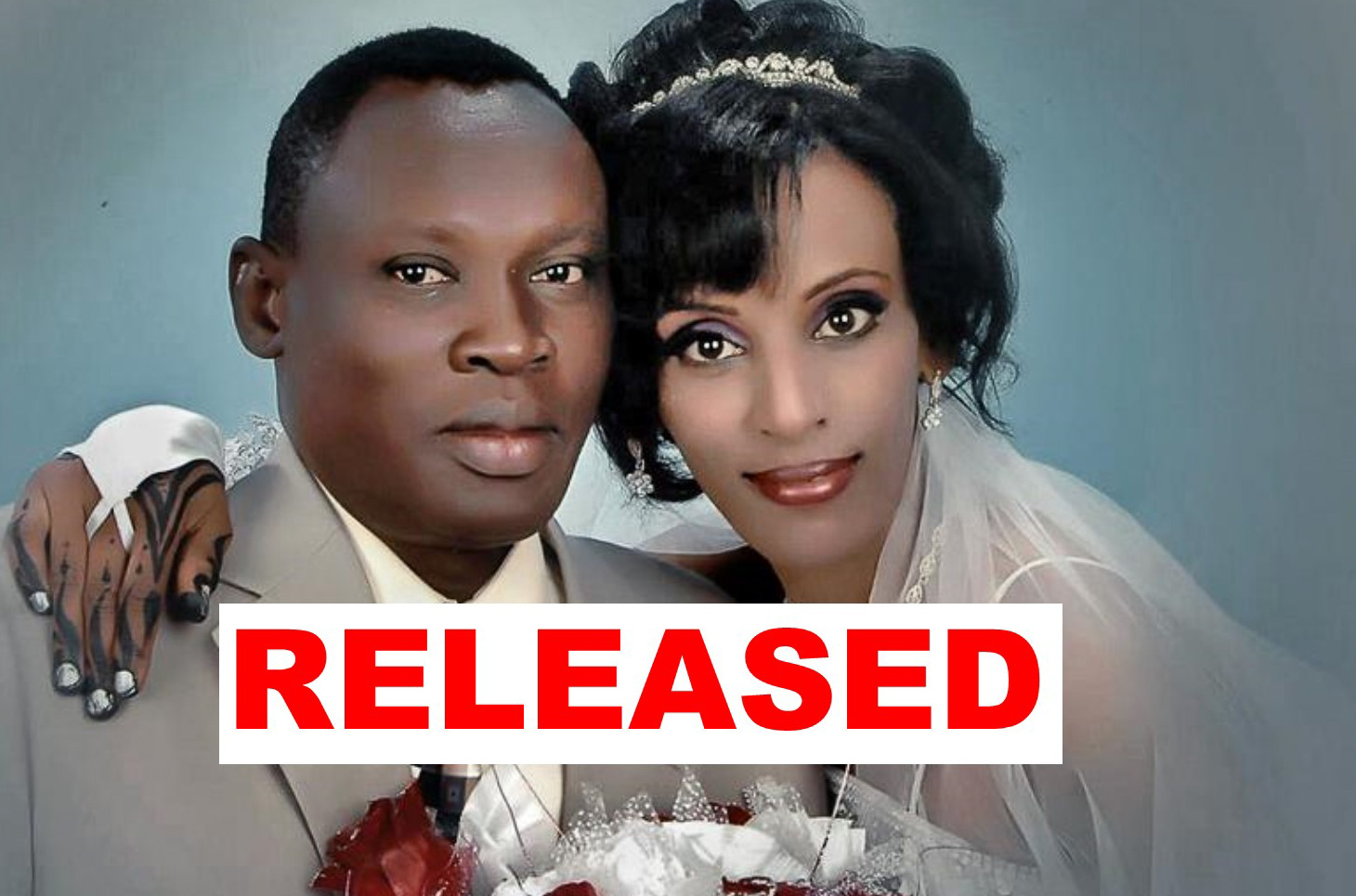 By Chuck Goldberg and May Olusola

“I was never a Muslim.  I was raised a Christian from the start.”

So said 27-year-old physician Mariam [Meriam] Yahia Ibrahim Ishag, during her trial in Sudan for apostasy from Islam, but she got convicted anyway, even though heavily pregnant.

Twelve days later, her baby was born, so in two years, when the child is weaned, the court’s sentence will be carried out—hanging.  But if her current appeal is unsuccessful, she is scheduled for a flogging of 100 lashes in a matter of days.

Ibrahim told the court that when she was age 6, her Muslim Sudanese father walked out on the family, so her Orthodox Christian mother from Ethiopia raised her a Christian.  The court, however, considers her a Muslim anyway, saying she still must follow her father’s faith, Islam—the tradition in Sudan.  Muslims converting to other faiths is a criminal act deserving of death.

Also, the court refuses to recognize her 2011 marriage to fellow Sudanese Christian Daniel Wani, because the union of a Muslim woman and a non-Muslim man is forbidden, though Muslim men face no such prohibition.  Because her marriage is rendered invalid, she is considered guilty of adultery, though she has had relations only with her husband.  Judge Abbas Khalifa gave Ibrahim three days to renounce Christianity.  When she refused, he issued the death sentence.

However, Judge Khalifa is more interested in enforcing sharia law than Sudan’s constitution, according to Ibrahim’s attorney, Al-Shareef Ali al-Shareef Mohammed. The law actually provides freedom of worship and equality among citizens, he said.

Currently, Ibrahim shares a cell with both her baby and nearly 2-year-old son.  When Wani, wheelchair-bound due to muscular dystrophy, finally obtained permission to visit his wife, he found her shackled with swollen legs and denied medical

treatment despite a difficult pregnancy.  Prison existence has also affected their son, Martin, who reportedly suffers from frequent illnesses.  In the end, the boy is forbidden from any contact with his father, who will never get to raise him because the boy is considered Muslim, making him off limits to a Christian father.  Wani, a naturalized U.S. citizen, is presently appealing all the court’s decisions.

Ibrahim’s troubles began when some of her father’s family complained to the authorities that she married a Christian, saying she was born a Muslim with a Muslim surname.  Wani claims these

relatives have an ulterior motive—to acquire Ibrahim’s businesses, including a shopping mall, farmland, and more.  Meanwhile, Wani told Fox News it doesn’t matter what fate befalls his wife, but her position will not budge.

“She said she is not going to convert to Islam,” he says.  “And let them do whatever they want to do, but she is still a Christian and she is a Christian since she was born.”

The case has generated international condemnation—from the United Nations, to Amnesty International, to the U.S. State Department and more.  Petitions calling for Ibrahim’s release number about 1.5 million signatures.  Yet, despite some initial indications to the contrary, the Sudanese court system is holding firm.

VIDEO OF A WOMAN FLOGGED IN SUDAN FOR WEARING PANTS  (TROUSERS)

Amnesty International is calling for individuals to send appeals via email for Meriam’s release before June 24, 2014. The details are below:

Please write immediately in Arabic, English or your own language:

because she is a prisoner of conscience, convicted solely because of her religious beliefs and identity;

International Christian Concern (ICC) has learned that Meriam Ibrahim, her 22-month-old son, Martin, and 4-week-old daughter, Maya, from the Omdurman Federal Women’s Prison have been released per an order issued by the Khartoum Court of Appeals. Ibrahim, a 27-year-old doctor and wife to American citizen Daniel Wani, was sentenced to 100 lashes for adultery and death by hanging for apostasy on May 15, following her initial detention on February 17.

Ibrahim’s legal defense filed their client’s case with the Khartoum Court of Appeals on May 22. The court formally convened a committee to deliberate on Ibrahim’s appeal on June 1. The decision, delivered Monday, June 23, was issued later than expected by the defense. According to state media, the Court of Appeals ordered Ibrahim and her children be released and all charges filed against Ibrahim be dropped earlier this morning.

SUNA, a state-sponsored radio broadcast in Sudan, reported that “the appeal court ordered the release of Meriam Yahia and the cancellation of the (previous) court ruling.”

In speaking with International Christian Concern (ICC) this morning, Thabit Elzubir, a member of Ibrahim’s legal defense, said, “[Meriam] has been released, she is out now and with her husband.” Elzubir reported that Ibrahim, her children and husband have returned safely to their south Khartoum home.

Though he did not make their intentions clear, Elzubir told ICC that the Ibrahims “may want to travel, but not right now.” Elzubir, who appeared overwhelmed with joy over the day’s proceedings, said, “Thank you so much for all of your support.”

The acquittal comes 10 days after protests co-hosted by ICC at the White House and Sudanese Embassy in Washington, D.C. called for Meriam’s release. On Thursday, 38 members of the United States House of Representatives wrote to Secretary of State John Kerry, asking him to further prioritize the case. Over the course of Ibrahim’s detention, more than a million signatures calling for her release were gathered across the globe.

ICC’s Regional Manager for Africa,Cameron Thomas, said, “We are incredibly pleased to hear that Meriam and her children have been released from the prison and are safe at home with their husband and father. For 126 days, Meriam and her son, Martin, suffered arbitrary detention for her Christian faith. Now that has come to an end, but the fight for the respect of religious freedom and human rights in Sudan has not. The government of Sudan still needs to be held accountable for the gross violation of Meriam’s and her children’s rights. No mother should be forced to birth in shackles, and no father should be barred from witnessing his daughter’s birth for practicing their faith. Furthermore, the matter of the Ibrahims’ future needs to be settled. It’s our job now to ensure the United States and international community provide the next steps necessary to ensure the Ibrahims’ long-term safety.”

International Christian Concern (ICC) has learned that Meriam Yahia Ibrahim, her husband, Daniel Wani, and two children were arrested at a Khartoum airport earlier this morning. The arrest follows Ibrahim’s court-ordered release from prison and acquittal of charges of adultery and apostasy just yesterday.

Ibrahim, a 27-year-old mother of two and wife of a United States (U.S.) citizen, was sentenced to death for her Christian faith on May 15 by the El Haj Yousif Public Order Court in Khartoum. Ibrahim’s case was filed with the Khartoum Court of Appeals on May 22, which ordered her full acquittal and immediate release from the Omdurman Federal Women’s Prison, where she and her two children, 22-month-old, Martin, and 4-week-old, Maya, had been held for 126 days.

In speaking with a member of Ibrahim’s legal defense this morning, ICC learned that Meriam, Daniel, and their two children were arrested for “national security concerns” by members of the Sudanese military.

According to that same defense lawyer, the Ibrahims were, at the time of this release, being held at a “National Security Office.” In speaking with ICC, Ibrahim’s defense expressed great concern over the situation, repeatedly stating that “no one can do anything.” The defense explained that no legal mechanism exists by which to intervene on the Ibrahims’ behalf. Some ICC sources also reported that the Ibrahims’ legal defense have been threatened with arrest by Sudanese authorities.

Though the Ibrahims’ legal defense did not confirm the destination the Ibrahims were scheduled to fly to, the BBC has reported that Daniel stated his intention Monday to “leave for the US.” Unconfirmed reports, however, have speculated that the family was on its way to South Sudan, Daniel’s home country.

ICC’s Regional Manager for Africa, Cameron Thomas, said, “We are deeply concerned by Meriam, Daniel, Martin and Maya’s arrest this morning at the hands of military personnel. The implication that an educated mother, debilitated father, toddler and infant pose a national security concern is absolutely absurd. Just yesterday, a Sudanese court not only released Meriam and her children, but acquitted her of all charges, dropped all imposed sentences and recognized as legal her marriage to Daniel, which had previously been annulled by a lower court. For the Sudanese State to violate not only its interim constitution, the Universal Declaration of Human Rights, the International Covenant on Civil and Political Rights, the African Charter for Human and People’s Rights and now a decision by one of the highest courts in its allegedly independent judiciary is inexcusable. In arresting Meriam and her family this morning, the al-Bashir Regime has once again confirmed its commitment to the violation, not the protection, of human rights and religious freedom, and the international community must respond immediately.”