Man Invites 15 Homeless People To Live In His Front Yard 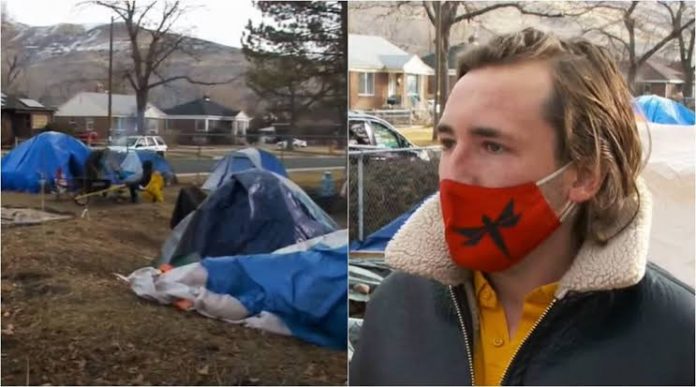 A homeowner, Darin Mann of Utah, US, has allowed people experiencing homelessness to set up camp and live on his front yard.

He also allowed the 15 homeless people to use a bathroom in his house and volunteer at a community garden he runs at a nearby public park. 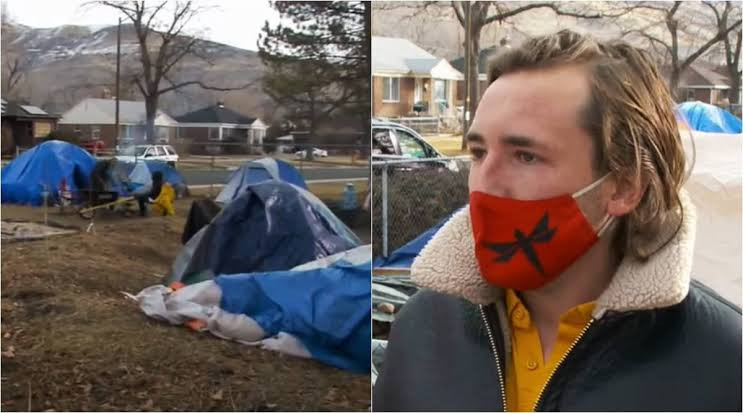 Mann, a local activist opened up his impromptu tent area, in mid-January this year and named it “Village Camp”

“The goal is to de-stigmatize how people view homelessness,” Mann explains.

“Every person deserves to be treated with dignity and helped when they need it.”

“We wanted to show that to solve this problem we have to address it as a community and not be afraid of it.”

Mann points out how his impromptu residents help pull their weight in the community, especially at the urban garden he maintains.

“They are helping me clean the garden and get it ready for the season. They keep the camp clean and are helping to be a positive example of working with unsheltered people”

But he faces a problem, government authorities have now given him two weeks to close the camp.

City officials have received complaints from some of his neighbors, and served the activist with a code violation for camping for more than two days on residential property , which is illegal in Utah. 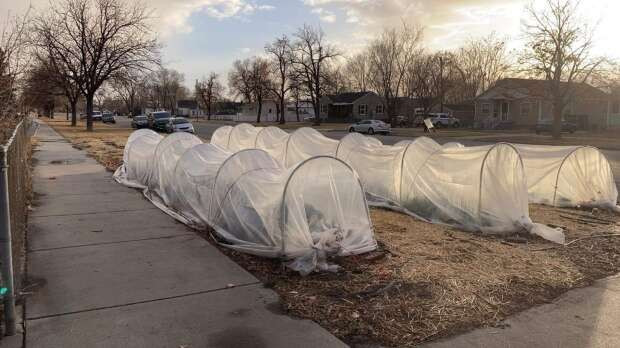 Darrin claims to have an open line of communication with his neighbors, and will try to keep the camp running saying several of his neighbors cook food for the camp and donate clothing.

He also says other neighbors have hired the homeless people to work around their houses. He says he also has a zero-tolerance policy for violent behavior or drug use. Meanwhile the people camping in Mann’s yard say they feel welcome.

“Being away from a lot of the bad influences has helped me quit some of the addictions I struggle with.”

“To him I was a stranger he saw a few times, but he took a chance and stepped up to the plate to help us.”