Control money before it controls you 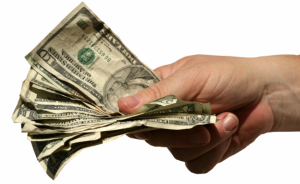 [dropcap]H[/dropcap]ow are you liking the “new normal”? Do you go without health insurance, as 16 percent of Americans do? (A number that seems on the small side.) Do you have less than $500 in savings, as is the case with nearly one in two Americans, according to a recent poll? Have you moved in with older family members or opened your doors to younger ones?

I don’t know a single American who hasn’t been impacted by the global economic crisis, whether they’re full of faith or immersed in the ways of the world. But I remember something Christian philanthropist and entrepreneur Arch Bonnema told me a couple years ago: He actually thanks God for tough times, because they help us refine our priorities.

My family’s priorities have changed greatly, and while we make less money than we did five years ago, we are happier, more thankful, and much better stewards. We are continually mindful of storing up treasures in heaven, and we actually give more percentage-wise and are quicker to share what we have. We’ve also developed a major aversion to debt, because we’ve seen it shackle families who have a desire to serve God freely. (You’re not pleasing God by running off to minister to the poor and defenseless on another continent while leaving a pile of unpaid debts at home.)

We haven’t done everything right–I’ve found myself giving way to fear too often–but we’ve learned a lot through this challenging time. Here’s what stands out the most:

Believers tend to fall into two categories concerning finances: Folks who are all faith, and folks who are all discipline. What we need to do is balance the two approaches.

We’ve all seen it or done it: Folks with faith to be lenders to nations who can’t seem to pay a simple household bill on time, and folks with gritted-teeth discipline who won’t expand their faith boundaries beyond their own tidy home in the suburbs. So, which one of these best describes you? Instead of looking down your nose at the other person, start building up your faith—or discipline—whichever you’re deficient in.

When you willingly take on godly responsibilities, God increases your provision—but it doesn’t always happen immediately. My family went through a tough year financially in 2011, and my father graciously helped with my son’s Christian-school tuition. Our finances have improved since then, but it was still a big step to take on those tuition payments ourselves. I could have asked my father for more, and I know he would have helped. But I realized this was our responsibility. We needed to exercise faith and believe God to meet our needs, even though those monthly tuition payments looked huge. And God has responded to our faith—though it was tight at first. I could give several other examples of this principle, which has pushed us to expand our borders and mature in faith. Do you have a desire to help out a family member, friend, or servant of Christ in need? Do you want to adopt a child or provide housing for a relative or Christian college student trying to get on their feet? Step out there in faith, ask God for provision, and believe in your heart that there is always enough.

This is a great time to confess our jealousy and covetousness and ask God to help us obliterate these sin strongholds from our lives.

When my family struggled financially, I noticed something seeping up from my heart: a sickening, dog-eat-dog kind of mentality that secretly resented others I knew who were doing better and sought to compete for little scraps of material provision. I thought I was above these kinds of attitudes—I really did. But there was a stronghold deep in my heart that evidently had never been challenged before. I got on my knees and begged God to rip this sin out of my life. Since that time, God has done a work in my soul and spirit—but it has been gradual, and there have been many steps of obedience along the way. I couldn’t stress this more–humble yourself now and cry out for God’s medicine for jealousy. Get it out of your life, or it will choke off your calling in Christ.

Keep your material desires in perspective and be ready to endure hardship with a good attitude.

You may be destined to be “ruler” of many things because of your consistent faithfulness (Matthew 25:21), but you will still go through lean times. Learn to be cheerful and thankful even in seasons of difficulty. As Bishop Nate Holcomb of Copperas Cove, Texas, says, “If you have Jesus, you always have enough to start over.”

I must admit, Pastor Taiwo Ayeni’s excellent series in MannaEXPRESS on The Power of Vows really convicted me. We can be so careless with words, and I know I’ve made vows to give money to this and that godly cause based in part on emotion. Well, after reading Pastor Ayeni’s column on unfulfilled vows, I made a list of the vows I hadn’t fulfilled–several of them involved giving—and began methodically (and cheerfully) working my way through the list. I’ve fulfilled four of these so far, and they have cost me $900. And no, that isn’t small change to me. But you know what? The value of a clean conscience is priceless. And we’ve actually forged three strong relationships by investing in the lives of some individuals who are serving God. Thanks have gone up to heaven, and, most of all, this exercise has taught me to be extremely careful about the commitments I make.

Hard work and focus need to top your prosperity plan.

Debt and unsound financial practices keep a lot of people from fulfilling their calling in Christ.

I have watched good people with a sincere desire to serve God handle their money in fundamentally unsound ways, and the result is not pretty. Over the years, I’ve observed far-reaching consequences for poor money management. Debt chains people from being all that God has called them to be, and I’ve seen that continual financial frustration can lead to resentment, suspicion, and jealousy of others. Sadly, once you’re in that state, you’re too busy pointing the finger to see your own fault in the matter. The Scriptures are full of plain instructions concerning money. Don’t we have a responsibility to obey these?

Julie Lyons is a journalist and writer. She lives in Dallas with her husband and son.

Julie Lyonshttp://www.mannaexpressonline.com
is a journalist, author, and editor. She lives in Dallas with her husband and son.