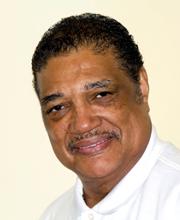 [dropcap]“W[/dropcap]hen you stand in front of Him, who is going to stand behind you?”

That is the question that led to John “Smokey” Reaves’ transformation. Though Reaves had it all in the early 1980s—five nightclubs, seven restaurants and other businesses—he still felt a void. However, when a friend posed that question, Reaves began reading his Bible and attending Bible study until conviction occurred. In 1982, he stopped selling alcohol and no sooner closed down all his nightclubs. His decision cost a lot of money, but brought him unsurpassed peace.

He opened “Big John’s” restaurant in 1976 on the corner of Mockingbird Road and Lemmon Avenue in Dallas. It was an instant hit and Reaves earned the nickname “Smokey” because of the hickory smoke from his kitchen. After a fire incident, he changed the restaurant name to “Smokey John’s BBQ.”

For over 32 years, Smokey John’s’ BBQ serves what The Dallas Morning News coined a “beefed-up Bible study” every Tuesday at 12:30 p.m. Delicious home cooked meals and an out-of-the-box Christian fellowship are offered in a room that reflects the demographics of heaven: black, white, million-dollar homeowners, homeless, men and women from different cultures and backgrounds.

“This is what heaven looks like,” says Reaves, “and I want to get a glimpse of heaven here on earth so when I get there, I don’t have culture shock.”

1n 1983, Reaves started a Tuesday fellowship at noon now known as The Holy Spirit Clinic. Although he was the only attendee for two years, he believed people would come. Three decades later, the  fellowship is packed. People are hearing the Word, sharing testimonies, praying and encouraging each other. He also started a fellowship on Thursday evenings where he feeds and mentors recent parolees and ex-convicts.

After a 43-year marriage to Gloria, Reaves lost his best friend and business partner on June 13, 2010. In the immediate aftermath, he remembers praying: “Don’t let me live the rest of my life as a person without hope. Lord, I want you to be honored—even in her dying. Do not let me question or have resentment toward you.” Reaves then added: “What has sustained me is God’s Word. I know one day I will be discharged and be in His presence.”

When asked about his secret of running a successful restaurant, he shared several points.

“I first worked free so I could learn how to operate my own restaurant,” he says. “I took what I learned and put a spin on it and today it is my secret recipe. Learn to manage your food costs. Have a quality product and serve it with smiles and great customer service. Lastly, always have an attitude of gratitude.”

Today, his son Brent and other family members run the restaurant’s daily operations. Meanwhile, Reaves is on another mission.

“I am a man on a journey with one purpose—to let everyone know that this is not it,” he says. “We are just passing through. Life is not a destination, but a transformation.”