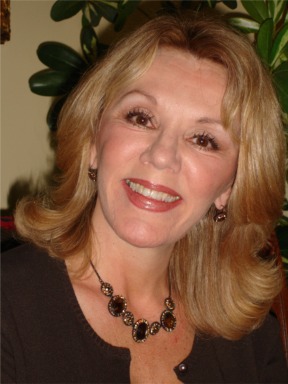 [dropcap]H[/dropcap]ow well do I remember the blood on the walls from the constant fighting that went on at home.  It was usually Dad’s blood.  Mom had thrown an object and cut him with it. As children, we would scream and cry in terror.   My parents drank almost every weekend and the latter parts of the day!

We had a large family, too large.  My Dad’s paycheck barely made ends meet. Food was scarce, alcohol was abundant and fear was my constant companion.  Finally, my Dad had a nervous breakdown and was institutionalized.  He would escape on weekends and come home.  Sometimes he would do strange things, like set the house on fire.  Our mom spent a lot of time away from home trying to find herself at the bottom of a bottle.  Since my parents were away, my older siblings and I learned how to take care of the smaller ones.  I remember beatings I didn’t deserve and welts that went deep in my flesh.

On one occasion, I questioned my mother’s decision. She was so angry; she beat me with a wooden stick. When morning dawned and I got ready for school, I had black and blue marks all over my torso.  I put on long sleeves to cover the bruises. “What are you doing,” Mom asked? “I am trying to conceal the bruises, “I confessed. “Don’t do that, I want people to see that I beat you!” So off to school I went covered in the marks from my beating.  On other occasions, I was refused water because I was a bed wetter.  Most of us kids were because of the traumatic life we lived.  Even when I was sick, I was refused water.  So I resorted to the commode for a cool drink, as a result I contracted Hepatitis A.  For thirty days, I laid in a bed sick, weak and hungry, unable to eat.

Not long after I recovered from my bout with Hepatitis, a beating from my father almost killed me.  Shortly after that I became pregnant. My mother sent me packing and told me not to come back.  Nine months later I had a baby girl. She was lovely with huge brown eyes and tiny little rosebud lips.  In a few shorts months I was pregnant again, which led to an illegal abortion that was not only barbaric but also, very dangerous. I barely made it through.

Later, Marilynn, my little girl was taken away from me because of my drunkenness and drug use.  I became pregnant again, this time I tried to terminate the pregnancy by throwing myself down thirty concrete steps in a warehouse where I worked. I was given a “therapeutic abortion” after seeing two physiatrists.

My life was a mess, I would do so many drugs that I would wake up in strange places, bruised, raped and at times left to die. Along with the drugs, I began to get deeper into witchcraft and meditate.  I would invite strange spirits to come inside my body and empower me.  I was possessed by more then ten demons.

I got married in an attempt to make some sense out of life. We were both lost and could not help each other. It was pitiful. When I told him I was carrying his child, he sent me for an abortion. I wanted the child and fought to save it. He won.  I went and terminated the pregnancy.  That sent me over the edge.  Literally, I became hopelessly addicted to cocaine.  I was becoming increasingly suicidal.  I was living with the memories of sexual abuse, memories that I could not shake.  I was sure my inability to say, “No” to sex was because I was forced to do it against my will as a young girl.  With the memories from my childhood haunting me,  and a lack of love from my parents, the abortions, the drugs and all that I had done, I was a “train wreck” waiting to happen.

Until, one day a woman named Linda Smith invited me to church.  I was a drug addict who was dying of Hepatitis.  I was loveless, lonely, hopelessly and my days were numbered.  After refusing Linda’s invitations, I decided to take her up on her offer.  That night, I sat in the church with demons in my head tormenting me and threatening me.  I wanted to run but my legs were like jelly.  I heard the preacher talk about a man named Jesus who loved the unlovely and forgave the unforgivable. “Would you like to know this Jesus,” He asked?

I took the longest walk of my life.  I fought the sprits that fought against my chance to be free, by getting up and walking down the aisle to the front of the church.  What happened next was purely “supernatural.”  The power of God went through me like liquid lava.  It cleared my liver of the Hepatitis and delivered me from addiction. I was healed of mental illness and depression.  I fell to the floor and laid there for what seemed like hours, it was barely three minutes. When I got up, I was a different person.  The addiction was on its way out, my mind was clearing and I was on my way to complete recovery….

His name is Jesus!!  He saved me, healed me, freed me and gave me a new life.  That was over twenty years ago… And I am still telling people that He is Alive and He is a God of Love and second chances…. I have NEVER BEEN THE SAME!

You can also have this wonderful ‘supernatural” experience with Jesus Christ, by simply calling on His Name.   He wants to set you free and heal your broken heart.

Carol Kornacki Ministries has reached out on an international level by both radio and television. Carol has hosted her own program called, “Keys to the Kingdom”, She has appeared on the “700 Club”, “TBN”, “Daystar Christian Television Network”, “Sky Angel”, “Life, with James and Betty Robison”, and a host of others.

As it becomes more and more apparent that women are hurting and in need of special attention, Carol has begun meetings exclusively for women called, “Women’s Healing Clinic’s.” In these powerful meetings women get special attention in regards to their personal needs. They are prayed for and many testify of God’s love and power giving them strength and new hope.

Another focus of Carol Kornacki Ministries is the ever-growing interest in witchcraft and spiritualism in youth as well as adults. Having learned first hand the devices of Satan, Carol is warning families across the globe about the subtle ways He gets into your home and the minds of all ages. In a seminar titled, “Exposing the Darkness”, Carol covers how seeds of violence and witchcraft can corrupt. This PowerPoint presentation is riveting and all ages attend. Thousands of souls have come to the Lord after viewing the information.

The heart of Carol Kornacki Ministries is to minister to people and to give them hope; to encourage them through God’s mighty Word; to educate and strengthen the body of Christ; and to let every person know that Jesus is Lord and He can and will bring us through until we see Him face to face.