How to overcome loneliness 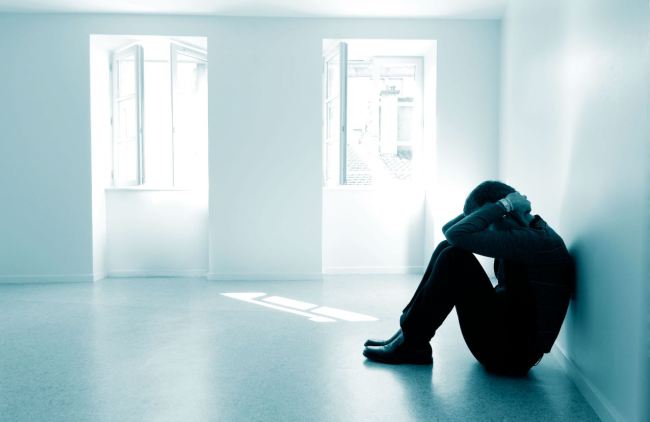 In an overcrowded world, where billions of people are in close connectivity with each other through print or electronic media, it seems paradoxical that loneliness has become a rapidly growing malady of the 21st century. High-rise building, claustrophobic box-like flats, stressful jobs and impersonal city life do not encourage friendliness. Rather they create suspicion and fear of neighbors or strangers. Addiction to TV or the Net, make people reluctant to communicate with others, be it family or friends. They love to live vicariously through the lives of film stars or TV personalities and find no time for other relationships.

Loneliness is no respecter of persons. Young or old, literate or illiterate, rich or poor, anyone can be affected by loneliness. David Jeremiah called it the “Disease of the Decade.” Many years ago Thoreau said, “A city is a place where hundreds of lonely people live together.”

It is a feeling of isolation even in a crowd; a desolation that makes one feel unwanted and unloved; a desperation that nobody cares and therefore there’s nothing to live for. The feeling becomes acute during birthdays, anniversaries or festivals. The sight of other people enjoying themselves increases the sense of isolation.

All human beings at some stage in life have transient episodes of loneliness. But these pass away quickly when the situation changes or the cause removed.

• Society has become impersonal and gadget oriented. Things are bar coded and people are numbered. ID cards, bank cards and credit cards give identity but do not encourage human interaction. Even a patient in hospital is identified by a number rather than a name.
• A competitive world only permits survival of the fittest. This makes people selfish, self-centered, secretive and suspicious.

• Floating populations because of frequent transfers or rapid change of jobs leave no time for deep and lasting friendships. Loss of family, friends or familiar scenes create loneliness.

• Bereavement – loss of spouse, children, family or friend causes grief that isolates. The bereaved person feels hurt or deserted. By isolating himself he feels protected against further hurt.

• Loss of a job. Self pity surfaces because others are better placed in life vis-à-vis prestige or wealth.

• Low self esteem is often seen in housewives. They feel threatened by working women and their accomplishments. Most people don’t appreciate the work that goes into running a home. Small children further isolate mothers, leaving no time for social interaction.

• Guilt. Many regret the mistakes they have made and are fearful of repeating them again. Hence they avoid company.

• Leadership positions often create loneliness. There are demands made on their time and energy. Making decisions if often a lonely business. There is always the fear of facing the consequences of wrong decisions. They become easy targets when things go wrong. “To be President of USA is to be lonely at times of making great decisions,” said Harry Truman. The writer Vicki Baum was of the opinion that “Fame always brings loneliness. Success is ice-cold and lonely like the North Pole.”

• Fear especially among senior citizens of being attacked by thieves, rejected by family or forgotten by friends, makes them withdraw into themselves.

– Physical: About 50% of heart patients report that they have been lonely and depressed for sometime before their heart attacks. Scientists also say that certain cancers are aggravated by loneliness.
– Emotional: Depression and anxiety are higher in people who are lonely. Many are driven to suicide. Some indulge in over-eating, alcohol or drugs.
– Spiritual: A total alienation from God compounds loneliness. As Augustine, Bishop of Hippo said, “God created man for himself, and our hearts are restless until we find rest in Him.”

Loneliness is universal, but succumbing to it is cowardice. One must rise above it. Loneliness must be distinguished from solitude. Creative people like writers, poets and artists isolate themselves for long periods, so that they can work undisturbed. This isolation is self imposed and for a purpose.

Religious men also seek solitude for their meditations, prayers and communion with God. Solitude can be constructive and renewing. But loneliness is psychological and spiritual desolation.

The foremost step therefore is:

– Accepting the fact that there is a problem. The initiative must come from the person who is lonely.

– Deciphering the causes of loneliness and working towards eliminating them. Anger, animosity, hypocrisy or hatred are emotions to overcome before meaningful relationships can be built.

– Keeping busy by finding ways of helping others or cultivating hobbies that will take the focus away from self and loneliness.

– Working through situations of grief and crisis experiences. Self pity is a deadly poison. It robs one of perspective and purpose in life.

– Considering leadership a privilege and not a burden. Important people need not hide in their ‘ivory towers.’ Being accessible without being influenced by others is the mark of a true leader.

– Exercise or listening to music can also chase away the demons from within.

– Senior citizens should not feel isolated because of age and physical infirmities. Old age is a time to seek a deeper meaning to life. There are communities which facilitate social intercourse, friendships and sharing of experiences. Creativity and spirituality can be rediscovered in old age.

– If loneliness is bordering on depression or suicidal tendencies, professional help must be sought.

– A closer walk with God on a daily basis dispels loneliness. As the psalmist said, “Pour out your hearts to God for He is our refuge and strength.” Only when we have a right relationship with God can we relate effectively to others.