How To Keep The Weight Off For Good

Watching a few episodes of the ‘Biggest Loser’ on TV should motivate people to take stock of their weight and waistlines. While a section of women starve themselves to look like Slenderellas, many of us behave as though we live to eat. Even in a country like India where the Poverty Index is high, 20% of the urban population is overweight or obese. In Punjab, 40% of women are grossly overweight.

Studies have shown that even among the poor, there are fat people because their food habits are changing and they snack on inexpensive oily foods like vadais or samoosas or chips.

At a dinner party, I sat opposite a girl with a beautiful face and a fascinating way of eating. Never at any helping did she overload her plate, but modest quantities vanished rapidly. To a casual observer, it gave no hint of gluttony. However the total quantity she had eaten was considerable. The proof of her excesses was in the shapeless mass of flesh that rose from the chair after dinner. It reminded me of what a humorist once said. The finest diet in the world consists of three words, ‘No, Thank You’.

The time has come for stomach liberation. “Take a stomach to lunch and treat it right,” says Susan Seliger. In her article “Eat, drink and be wary,” she says that the stomach is the visible key to our personalities. If we are self indulgent, the stomach ‘knows and shows.’ Obesity was once a fashionable symbol of wealth in Asia. Now the bulging midriff is an embarrassment.

The Body Mass Index (BMI) is a statistical measurement arrived at from calculations of weight and height. A person is said to be overweight when the BMI is 20% above normal. If it is higher, then she is obese.

• Obesity may run in families because of hereditary metabolic defects. A ‘thrifty gene’ is passed down, which promotes storage of food as fat.

• Overeating especially too much of carbohydrates, sweets, sweet drinks or fast food. Almost 75% of overweight people eat too much.

• Sedentary life styles: Those who sit at their desk jobs or computers for long periods or couch potatoes who watch TV and munch popcorn throughout the day.

Modern conveniences like washing machines, dishwashers do not call for much physical effort.

Dependence on cars and vehicles even for small distances. The less one moves, the less calories are burnt, and fat accumulates.

• Sleep deprivation in both adults and children increases the risk of obesity. (Studies by Francesco Cappuccio of Warwick University)

Every 15 kgs of fat has an extra 25 miles of blood vasculature, which is an extra load on the heart. Obesity may cause Hypertension or Coronary Heart Disease.

A fat person is never at her best. She complains of weakness, headache, lassitude, vague aches and pains, skin infections and swollen ankles. Life span may be reduced by 1%.

Respiratory problems like breathing difficulty, snoring, sleep apnea occur because the lungs are unable to expand to full capacity. Some studies in USA found that 3.2% of new cancers are linked to obesity.

In obese children, puberty may set in as early as 10 years.

How to prevent Overweight

Diet: Having identified food as the major cause of the expanding midriff, women must pay close attention to what, how much and when they eat. Eating sensibly, taking less of everything, and skipping second helpings are sure ways to begin. “Put a knife in your throat if given to gluttony,” says the Book of Proverbs. A person who leaves the table a little hungry need never fear overweight. The stomach gradually contracts and appetite limits itself. 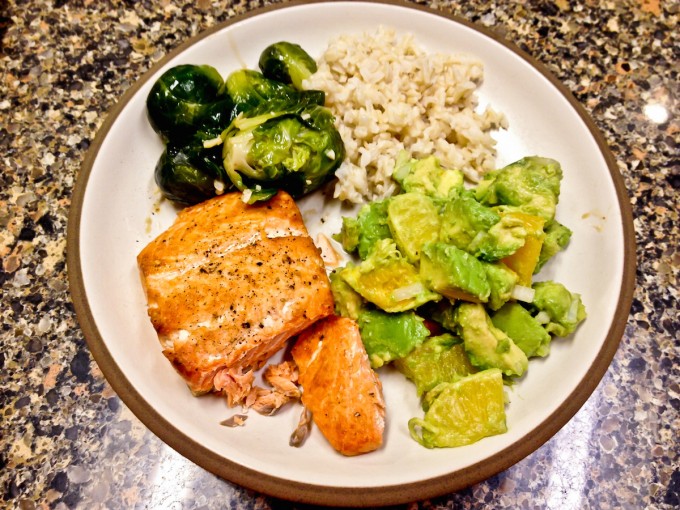 Crash diets are harmful and self defeating. Most people who lose weight on such diets, quickly get rid of water and lean tissue. Fat remains intact. So when the diet is stopped, the lost weight returns. Various diets have been recommended from time to time like the Atkins Diet (low carbohydrates so that body fat is burnt for metabolism) or Los Angeles Diet (low fat and high carbohydrates.) Diets are tiresome and sometimes harmful. They may cause vitamin, mineral and iron deficiency.

Moderation of both fat and carbohydrate and inclusion of fibre rich unrefined food, green vegetables fruits and lean meats in the diet is healthy. Fried food, ghee, butter should be avoided. Low cholesterol is found in brinjals, spinach, carrots, apples, and sea fish.

Snacking between meals and drinking too much coffee and tea should be avoided.

Skipping meals is not recommended as there is a tendency to overeat at the next meal.

A wholesome breakfast is important and should not be skipped. The night meal should be very light.

Foods should not be gulped but eaten slowly. There are foods that slow digestion and create a sense of fullness. These are called ‘satiety foods’ and prevent hunger through slow absorption.

“Exercise is the only way to make the body physically and metabolically slender,” says Dr. Gabe Mirchen.

Exercise affects the way the body deals with food. It keeps Insulin levels stable. Unstable Insulin levels are associated with weight gain. Brisk walking with a certain amount of speed does wonders to the circulatory system, tones up the skin and delivers more oxygen to the brain.Yoga, aerobics, swimming, cycling, jogging are good ways to burn calories. Various equipments have flooded the market, which make exercising easier.

Other Drastic Measures to reduce weight

• Wiring of jaws until weight reduction is achieved, so that only liquids can be consumed.• Bariatric Surgery: Removing part of the stomach and intestine so that the quantity of food consumed is less and total calorie intake is reduced. This may cause severe vitamin and electrolyte imbalance.• Anti-Binge nasal sprays which cut temptation to overeat or eat unhealthy foods. When people overeat or drink, the brain releases endorphins which produce a ‘rush’ or feeling of wellbeing. Dr. David Sinclair an American researcher says the spray blocks the effectiveness of endorphins and prevents the ‘rush’ feeling.• Electrical stimuli of the deep nuclei in the brain which affect the behavior of eating. Electrical wires are implanted in the brain and connected to pacemakers in the chest to control appetite. (Michael Oh and Donald Whiting of West Virginia Hospital.)• Gene Therapy: Genes are injected into the brain to control feeding and weight gain (Mathew During, Ohio State University Medical Centre.)• Drugs to suppress appetite.Eating a balanced diet in moderate amounts, enough to supply about 1300 calories per day is a good way to begin. Loss of weight must be gradual and at no time more than one kg per week, Regular Exercise and Good Posture, with shoulders erect and tummy drawn in are ways to make the scales tip in your favor.