It Is Time To Eliminate Your Ego And Become a Superhero 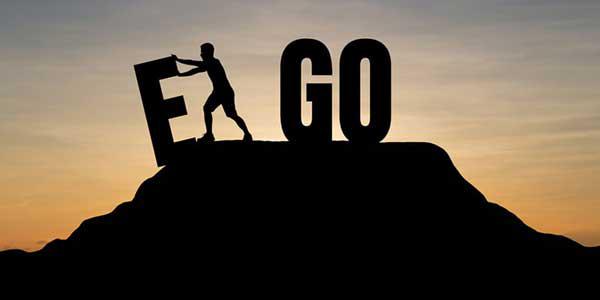 As each organization focuses on finishing strong in the latter quarters of this year it is doubly important to set aside ego to focus on the mission of your company. But like a great physician, one must understand and diagnose what ego is before coming to a conclusion about solutions to this systemic epidemic.

What is ego? The Merriam-Webster Dictionary defines it as the opinion you have about yourself. This is a great textbook definition; however, we all have had instances in school where text and reality differed. Let us consider my early Saturday morning barbershop conversation. Usually in the barbershop I would hear conversations ranging from sports to politics. However on this particular day I had the privilege to eavesdrop on an elderly gentleman waiting to receive his haircut. In his dignified James Earl Jones voice he told his friend jabbering about the success of Floyd Mayweather, Jr., “Ego is when you take the weather report personally.”

This simple remark of wisdom was ingenious! It made me reflect on my own personal interactions which toiled in the compounds of his thought. In my experience, I have found ego to be nothing more than pride in its bloated state. For example, a cavalier man (no pun-intended to my Cleveland Cavs Fans) is extremely pompous when it comes to his money, position, education and etc. He exhibits ego in his character and illustrates it in his actions. He is baseless, overbearing, and arrogant. His head is swollen like the swelling caused by an allergic insect bite. He often thinks very highly of himself and very little of others.

The EpiPen to this type of narcissism is not as easy to fix as one may think. It does not reside in the simple substitution of vocabulary words like, “I” for “we” or “me” for “they”. To eliminate ego you must become a hero through servant leadership. The founder of servant leadership, Robert Greenleaf coined it in his essay as such, “The Servant Leader is servant first… it begins with the natural feeling that one wants to serve, to serve first. Then conscious choice brings one to aspire to lead.”

A practical way as a leader to extinguish an egotistical mind and achieve desired outcomes for his or her shareholders is to demonstrate characteristics of empathy, listening, stewardship, and commitment to personal growth toward others. I have often said to my mentees, “Service is the rent you pay for the space you occupy here on Earth.” Although extraterrestrials may not be accounted for in this logic, it is easy to see that we all have a duty to serve a higher purpose than ourselves.

Christopher Reeve was known as the famed superhero who acted as “The Man of Steel” on the television screen. Off the television screen he was known as a real life inspiration through his painstaking efforts to overcome paralysis. When talking about the superhero he played on television, he said, “What makes Superman a hero is not that he has power, but that he has the wisdom and maturity to use his power wisely.”

So how do you become faster than a speeding bullet, more powerful than a locomotive, and able to leap tall buildings in a single bound? It’s simple. As a servant leader you must be willing to C.H.A.N.G.E.

Ultimately servant leaders like the late Dr. Martin Luther King, Jr. realized leadership is not strictly about yourself as ego may want you to think, but as he conveyed it, “Life’s most urgent question is: What are you doing for others?”