How to discern the Spirits around your family 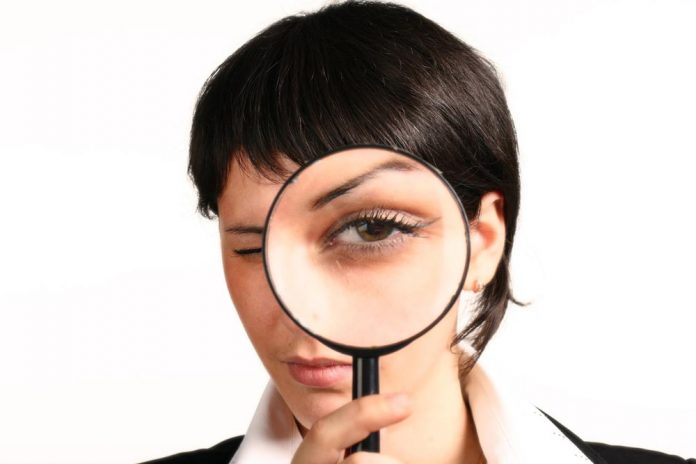 We are warned in Scripture to discern the spirits to see whether they are of God. Never was this gift so needed as in today’s violent society. And it is not simply criminals and con artists who warrant this exercise; oftentimes everyday citizens do as well.

From random acts of violence to road rage, every day we see or hear stories of those who reached a breaking point and exacted their own brand of vengeance upon an unwary public. We have even seen instances in the church—with gunmen entering places of peace armed with the weapons of war. Many can think of incidents of child molestation or domestic abuse within their own congregation. Add to these manifestations of violence such as rape, abduction, assault, robbery, and burglary, and we come back to the matter of discernment.

Those within the community of faith have learned that we are not exempt from the violence of our day if we are not aware of what is going on around us or who is entering our environment and could mean us harm. I have said for years that there is no such thing as safe or unsafe places, only safe or unsafe people. Too often we assume that because we live in a certain place, our children go to a certain school, and we attend a certain church, therefore no harm will befall us. The only way to take refuge in this philosophy is by knowing the people around you, not the place. In more than 20 years of teaching criminal profiling, threat assessment, and personal defense, I have never seen wood, concrete, metal, plaster, or asphalt reach out and grab someone. It took flesh and blood to do harm to another person.

So how do we begin the process of enhancing our discernment?

The first step is amazingly easy: Reach back to your childhood years when you had that “feeling” that something or someone simply was not right. It was that “still, small voice” inside of us that often proved to be our early-warning system of danger ahead. This insight is a gift of God, developed over time as we combine feelings with rational thought to evaluate not only that we have such a feeling, but why we have that feeling in a certain place or around a certain person.

I work a great deal with real estate agents, who interact in isolated environments with total strangers as part of their daily work. I instruct them to pay attention to certain words and actions that can betray a hidden agenda for the appointment. For instance, someone calls to set up a property showing for him/her and their spouse, but only one person shows up–typically just the man. Or maybe a prospect calls and is rushed for time and asks the agent to meet them on-site instead of stopping by the office first, allowing other agents to see them and collect a driver’s license copy. I have also had agents tell me of inappropriate comments made during a property showing that caused them to step out in the yard for easier visibility by neighbors. Oftentimes, an uneasy feeling prompted them to walk out of showings or cancel appointments altogether.

Probably the most insidious phenomenon I have seen over the years is those who get lured into vulnerability not by a gun or knife but by a good story. These deceptive webs spun by skilled perpetrators have led many a Good Samaritan straight into harm’s way. So often the story will seem so innocent, so believable regarding the supposed emergency that we do not even give the possibility for harm a second thought. Numerous stories of missionaries and missions trips come to mind in which the naivete of our people of faith cost them dearly.

Over the years, well-meaning Christians have approached me with one of two common responses to this call for heightened discernment:

1. I don’t want to live in a world of fear, or 2. I pray for my safety and my family’s safety so nothing like this will happen to us. I agree with the first statement and simply add to the second. First, I do not live in a word of fear; I live in a world of awareness as I pay close attention to things and people around me, knowing the vast majority of these mean me no harm, yet being prepared for other situations should they arise. Second, I applaud those who take prayer so seriously, but the Bible does not say that God’s people perish from a lack of prayer, does it? No, His people perish from a lack of knowledge. And that is what I seek to address so that good people can continue to reach out and help other good people with no ill effects of their giving natures.

Discernment is not a one day affair

In my professional world as well as my personal and spiritual world, discernment is something that is developed over time and with practice, but the benefits are obvious regarding potential physical or fiscal harm. The good news or “gospel” is that we have already been gifted with the basics–our God-given instincts. But we have to obey that still, small voice, not simply acquiesce to our intellect, hormones, or egos.

So the first step is to get back in touch with your instincts, your early-warning system freely given to keep you safe. And the second step is to get some training, teaching you how to exercise discernment—combining instinct and intellect—among the people and situations that could mean you harm. And when that still, small voice begins to speak, listen.

Jeff McKissack  is the president of Defense By Design (defensebydesign.com) and an authority in the fields of criminal profiling, threat assessment, and personal defense. He is often sought out for commentary by our local ABC, CBS, NBC and FOX affiliate and offers his expertise as a speaker to church, school, and community groups.