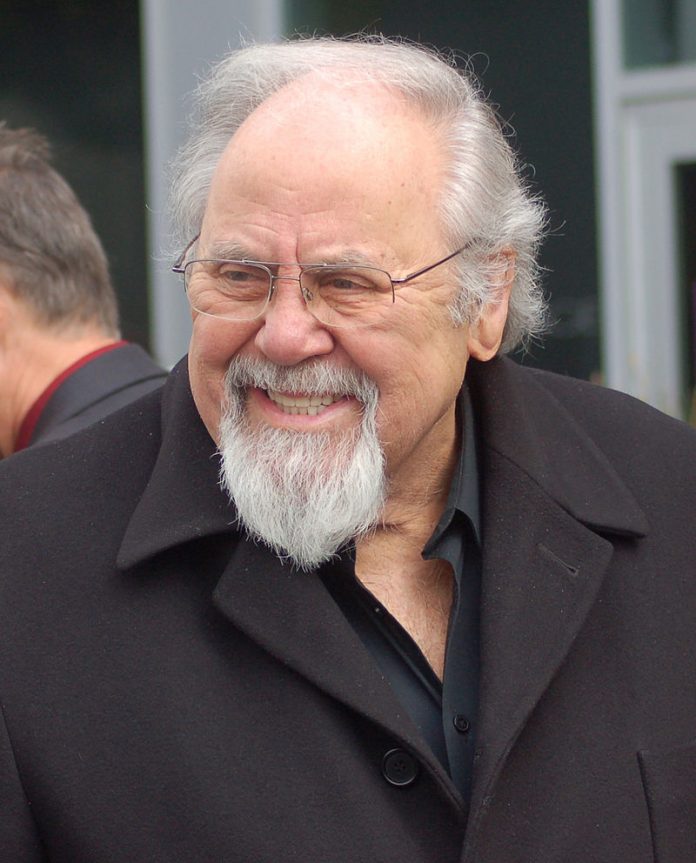 I’ll never forget the night in 1946 when disaster and challenge visited our home.

My brother, George, came home from football practice and collapsed with a temperature of 104 degrees. After an examination, the doctor informed us it was polio. This was before the days of Dr. Salk, and polio was well known in Webster Groves, Missouri, having killed and crippled many children and teenagers.

After the initial crisis passed, the doctor felt duty bound to inform George of the horrible truth. “I hate to tell you this, son,” he said, “but the polio has taken such a toll that you’ll probably never walk again without a limp, and your left arm will be useless.”

George had always envisioned himself as a championship wrestler for his senior year, after just missing it the season before while he was a junior. Barely able to speak, George whispered, “Doctor…”

“Go to hell,” said George in a voice filled with determination.

The next day the nurse walked into George’s room to find him lying flat on his face on the floor.

“What’s going on in here?” asked the shocked nurse.

George refused the use of any braces or even a crutch that was given to him. Sometimes it would take him 20 minutes just to get out of the chair, but he refused any offers of aid.

I remember seeing him lift a tennis ball with as much effort as a healthy man would need to lift a 100-pound barbell.

I also remember seeing him, six months later, step out on the mat as captain of the wrestling team. George’s rehabilitation from the devastating effects of polio was written up all over the state of Missouri. No one had ever been known to recover so quickly or so completely from this disease.

The story continues. The next year, after being named to start for Missouri Valley College in one of the first football games to be televised locally, George came down with mononucleosis. 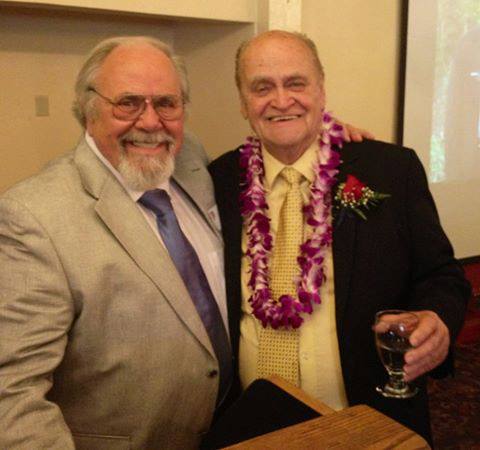 It was my brother Bob who helped reinforce George’s already strong philosophy of never giving up.

The family was sitting in George’s room at the hospital, watching the game on TV, when Valley’s quarterback completed a 12-yard pass to the tight end. Then the announcer said, “And George Schlatter makes the first catch of the game.”

Shocked, we all looked at the bed to make sure George was still there. Then we realized what had happened. Bob, who had made the starting line-up, had worn George’s number so George could spend the afternoon hearing himself catching six passes and making countless tackles. Later he said, “If I can do that flat on my back with a temperature of 103 degrees, just think what I can do when I’m up!”

As he overcame mono, he did it with the lesson Bob taught him that day…there is always a way!

George was destined to spend the next three falls seasons in the hospital. In 1948, it was after he stepped on a rusty nail. In 1949, it was tonsillitis, just before he was to sing in an audition for Phil Harris, a great orchestra leader and radio comedy icon. And in 1950, it was third-degree burns over 40 percent of his body and collapsed lungs. After an explosion had set George’s body on fire, my brother Alan put the flames out by throwing himself on George. Alan had saved his brother’s life, but he received serious burns himself.

Following each challenge, George came back stronger and surer of his own ability to overcome any obstacle. He had read that if one looks at the roadblocks, he isn’t looking at the goal.

Armed with these gifts, he entered the world of show business and revolutionized television by creating and producing such innovative shows as Laugh In and The American Comedy Awards. He also won an Emmy for his production of Sammy Davis Jr.’s 60th Anniversary Celebration Special.

He had literally been through the furnace and come out of it with a soul as strong as steel, and he used it to strengthen and entertain a nation.

Of course, the four of us didn’t always get a long, but we were brothers through and through, and yet… out of the conflicts came new respect and even memories about which we would later laugh.

John Wayne Schlatter, Jack to his many friends, passed peacefully on December 19, 2014, in Grand Junction, Colorado after having a second stroke. Jack became an educator and for over 60 years, dedicated himself to inspiring, motivating and encouraging young people. During this time he produced and directed over 200 complete theatrical productions, coached many championship speech teams, and delivered speeches to hundreds of schools throughout the United States.
Among his credits are school and District Teacher of the year Awards, Kiwanis Teacher of the Year award, The Orange County Superintendents Award for Outstanding Contribution to Education, Three Life Time PTA awards, and Speaker of the Year in 1993 by the Professional Speakers Network. Jack was listed among Who’s Who Among Teachers in America.
Jack was a contributor to ‘Chicken Soup for the Soul’, ‘The Magic Pebbles’, ‘The Simple Gesture’ and ‘The Finest Steel Gets Sent through the Hottest Furnace’. As an author Jack wrote, ‘I am a Teacher’ and ‘Gifts by the Side of the Road’, a compilation of his finest writing. Jack is survived by his brother, George Schlatter and George’s wife, Jolene and his sister-in-law, Mickey Schlatter.