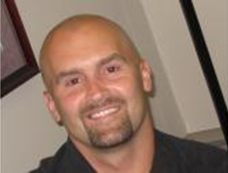 [dropcap]I[/dropcap] was reared in a typical godly home complete with church attendance whenever the doors were open, family meals around the table every night and only the best Christian education. Papa always worked two or more jobs, and Mamma taught to keep us in private schools. I got into trouble a lot, but it was just normal “boy” trouble (setting fire to the school, etc.), until I turned fourteen.

The summer between my freshman and sophomore year in high school is a summer I’ll never forget. This is the year I took my first drink of alcohol and my first drag of a cigarette. l’l never forget how it made me feel.

Beer was the first thing I drank and I didn’t like it, but I took a huge drink, and overcame the terrible taste just to look good for my friends. I was accepted after that and that was what I was looking for. Isn’t that what everyone is looking for?

It didn’t take long for me to become addicted to both. I preferred liquor over beer and Jack Daniels became my favorite drink along with Camel, my favorite cigarette. In January of my sophomore year, on my birthday, I was dismissed from school along with four of my friends. We had a little party that included my new favorite addictions and a drug by the name of marijuana. All of us lied about the party except my sister. She’s the only one they let stay in school. I was transferred to another Christian school where I was expelled just two months later for taking alcohol and cigarettes on a class camping trip.

With a spirit of addiction controlling me, I spent the next eighteen years in bondage. I had my spiritual moments, but eventually the things I wouldn’t let go of always led me back to sin. I had a deep desire to be accepted by the church and the world. When I was in church I volunteered for everything; choir, ensemble, praise and worship team, youth worker etc. I was a great servant, but at times my heart longed for the world. When I was in the world I volunteered for everything; bringing the alcohol and drugs, picking people up, taking them home, being the life of the party. I was a great partier, but at times I longed for the things of God.

Three DWI’s (driving while intoxicated), many PI’s (public intoxication), a wreck that almost ended my life, and numerous lost jobs later, I still hadn’t learned my lesson. From 1997 to 2003 I did things that most people don’t even want to talk about. I associated and worked with drug dealers, drug addicts, alcoholics, and sexually immoral people. Through all of that the Lord still had his hand on my life. He protected me from the harm that normally accompanies that lifestyle.

In 2000 I removed myself from the really bad environment, but kept the drinking and smoking cigarettes. I went to Wal-Mart to be an Assistant Manager. I had plenty of money to spend on alcohol now and I was drinking everyday. I got two more DWI’s within five months of each other and during my vacation from Wal-Mart I was locked up. After spending three months in the Ellis County Jail I was sentenced to 5 years in prison for each of my last two DWI’s.

It wasn’t two months into my time when I got into a fight and was thrown into solitaire confinement, otherwise known as Seg (segregation). I thought to myself “look where you are, you were once in Bible quiz and had books of the Bible memorized”. Thoughts like this ran through my head all night. What God did was get all the distractions out of the way; the alcohol, cigarettes, gambling, clubs, women, everything was gone. Just me, the Lord, and four walls.

This was my true Prodigal Son moment. This is the night that I asked the Lord if He still had anything left for me. I knew I had been called and set apart at a young age, but I had been running for so long that I wondered if God would still take me back. Did he have enough forgiveness for someone who had completely turned his back on him for six years? All the lying, stealing, cheating, drugs, drinking, sexual immorality? Did He even trust me anymore? Could He forgive me?

For the answer He took me straight to 1 John 1:9 which says, “If we confess our sins, he is faithful and just to forgive us our sins, and to cleanse us from all unrighteousness.” I confessed it all that night. He already knew it all, but there is something about confessing it to Almighty God. I immediately felt the forgiveness and experienced first hand how faithful God really is. He took all my unrighteousness and cleansed me completely; another translation says “purify.”

That night the Lord spoke to me and said “You give me 100% and I’ll give you 100%.” My reply to him was “Do not let me go until YOU know I am ready.” I was not charged in the fighting case and three months later I was working in the Warden’s office as a trustee. In March of 2004 I was transferred to the Goree Trustee Camp where I worked for the Director of the Texas Department of Criminal Justice system. It was in August of that same year that I was transferred to the Lockhart Work Facility in Lockhart, TX. This facility had an actual company on the inside of the walls that hired inmates and paid them an hourly rate. This was the only unit of its kind in the state of Texas. The favor of the Lord was heavy upon my life.

It was at this unit the Lord spoke to me the phrase, “the next level.” He told me to never be satisfied with the level I was on; always be ready to go to the next level. Also, that there would be stuff I would have to leave behind as a result of going to the next level. I suffered all kinds of persecution because of my commitment to go higher. I eventually quit my paid job to study on a more personal level. I begin to get involved in the leadership of our church and speaking to the men. I led the choir and worship for our church and I taught a Bible study. I was beginning to understand the importance of developing my relationship with the Lord. I always had the head knowledge, but no personal relationship. The time came when the next level was parole. I told the men in prison, “What you are doing in here is what you will do out there.” Now it was time to practice what I preached. On April 18th, 2006, I went to the next level. I have been out for nine months now. My trust and faith in Jesus has grown even stronger since I’ve been out. He has placed a spirit filled, godly woman in my life that is very supportive, he has supplied every need, and I’m still doing what I did in prison; preaching and teaching the gospel. With each step up, I leave things behind I thought were important, and soon realize they weren’t really that important to begin with.

While I was still in prison, the Holy Spirit placed a seed in my heart to start a ministry that disciples men and women after they have been released from prison or their old lifestyle. This was another huge, scary step for me, but I am still depending on God. We had our first Forgiven Felons church service on January 13th and will continue on the 2nd and 4th Saturday of each month. We provide an atmosphere for people with a “past” to grow and realize their future, without the fear of being judged. I thank God for being faithful to me in every way. I know that he will complete the work in me until the day of Jesus Christ. Phil. 1:6 I would also like to encourage you to continue to pray for your friend or loved one who is struggling to overcome an addiction. Your persistent prayers will pay off one day.