Give Your Loved Ones Their Flowers Now 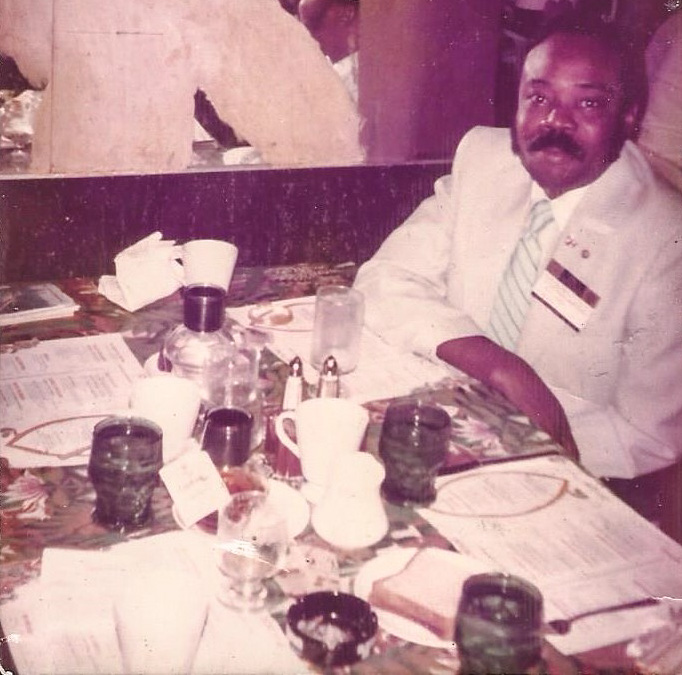 Time is fleeting and tomorrow is not guaranteed so what we do today for a loved one may be the only thing that matters. I used to put off what could be done today until the unexpected happened and shattered my system of taking things for granted. The realization of my expensive mistake has prompted my decision to write this article to divert people from stumbling on the same lesson I learnt in a very painful way.

The moment of my departure to America, the “land of milk and honey” was at hand. Instead of basking in the sun of jubilation, my seventy-two year old paternal grandmother was wallowing in her rain of tears. I never saw her cry so much. Unable to imagine the reason for her present state of sorrow, I put my hands around her frail neck, my ears by her lips waiting for an explanation.

In the midst of choking sobs, she confidently revealed to me that it was the last time I would see her alive. “God forbid grandma, I will be back” was my response. She cried the more, shook her head with regret and announced, “You will never see me again.” I stood there in disbelief till my father bailed me out of the momentary confusion by reminding me elderly people behave like babies when as they get older. He assured me she was just being emotional and with more words of encouragement, I left my grandmother to catch my flight to Atlanta, Georgia. This scene of my weeping grandmother, my observing father and my confused self has haunted me till this day. Had I known, I could have made that day a very memorable one.

Three months after I arrived in America, I got a long distance call from my mother. She informed me that my paternal grandmother had died in a plane crash on her way for an eye surgery in another state. I was devastated and spooked that her prophecy of doom had manifested. It hurt to know that my grandmother did not receive anything from my sojourn in America before she died. The truth is I was still in the process of settling down in a foreign land. I called to console my dad, her first and favorite son. He took the news like a typical African man by concealing his emotions in his breaking heart.

Out of sight was definitely not out of mind for my dad and I though we were continents apart. We fattened the accounts of the telephone companies with our frequent international calls. My father kept me informed of current happenings in Nigeria. I always listened with so much eagerness. How can I forget the times I telephoned and heard the pride in his voice as he instructed the nearest person “bring me that chair to sit on, my daughter in America is on the phone.”

During my next four years in America, my father visited Canada on three occasions. They were always brief visits with a promise to find the right opportunity to spend quality time with me in Atlanta, Georgia. I did not mind because my mother and sibling visited often. His third visit towards the end of my fourth year was an interesting one. From the day he arrived in Toronto, Canada, we started our usual telephone conversations and I also started buying gifts to send him. I always bought my father a bottle of cologne but this time I wanted to buy him a variety of gifts.

I started with some shirts and a bottle of cologne then decided to get a bigger box to send my darling father a box of goodies. One day, he called to inform me that his doctor diagnosed a problem with his heart; he needed to cut his trip short and head back home. Although I was taken aback my father convinced me it was nothing serious by saying all he needed was the right diet and regular exercise. The next day, I mailed the box first class to Canada. He was scheduled to leave five days later. I was sure the box would get there in two days as promised. On the fourth day, the box had not arrived. I panicked and checked with the post office. I was told he would get it the next day before noon. My dad’s flight was at two that afternoon. By noon he was still waiting for the box. It did not come. He left for Nigeria without the products of my labor in America. I was so disappointed. A week later the box came back to me, returned for no apparent reason. There and then, I made up my mind to upgrade the box to a suitcase. My plan was to start getting gifts for my dad till everything fitted into the suitcase and then I would send it through someone travelling to Nigeria. I wanted him to receive a ton of gifts from me at once as opposed to sending one item every other month.

My fifth year in America was a year that changed my perception of time a great deal. It was 1995 and my father was scheduled to turn sixty on the 6th of November. His anxiety was unimaginable. From the beginning of the year, he started making plans for a very big 60th birthday party. He called relatives all over the world and personally invited them for his special occasion. When we spoke on the phone, he unfailingly reminded me to attend his “upcoming birthday bash.” I wished I could but that was the same period I was scheduled to take entrance exams to law school. For some months, I did not have the hart to break the news of my inability to attend. When I finally told him, he was very disappointed. I could not understand why he took it so hard. After all there were many more birthdays to come or so I thought. When he got over the shock of my unavailability, he asked me to send him a very special birthday gift. “Piece of cake dad, you got it” was my response to him. As far as I was concerned, he was going to get a perfect birthday gift from me.

As October, drew near, my father’s zeal for his birthday party was almost unbearable. He made it a point of duty to remind everyone about his forthcoming event. He had started buying food, drinks and giveaways for his party. After a while my siblings and I were getting fed up of our dad bothering us with his upcoming birthday plans. The last straw that broke my brother’s patience happened during another reminder call from my dad. This time they got into a minor argument and my father said, “If you like, do not come for my party, even if I die you do not need to attend”. My brother was upset but understood my dad was just being anxious about his big day. Luckily, I found a friend scheduled to travel to Nigeria a few days before his birthday so I started trying to get as many things into the “special suitcase.” The only thing left to buy was his special birthday gift. I was torn between two gifts.

Two weeks to the D-day, my dad woke up in the morning and sent for his best friend. They went visiting close friends. Later that afternoon, he came back home and said he was going to take a nap. At seven in the evening when he had not come out from this unusual nap, curiosity reigned in the minds of those in the house and they decided to check on him. It was too late; he had slept on to eternity. My father, my friend, my hero had died!

I cannot begin to describe the tempestous emotions of guilt and regrets that engulfed me for the longest. Thank God for where He has brought me from. I have gradually crawled out of the shell of grief that housed me after hearing the news of his untimely death. Had I known, I could have sent whatever I had on hand instead of piling so called treasures that ended up defeating my purpose.

The suitcase eventually got home and was shared among other relatives. His funeral date was set for his birthday. He had made more than adequate preparation before time. I bought the black suit he was buried in. It ended up being the special gift he had repeatedly instructed me to send to him. It was sad to know that the only suit my father ever got from me was the one he was buried in. Most of the relatives he called to attend his birthday party came for his funeral. It was an occasion that no one likes to remember because of the pain and bouts of regret that entered our hearts on receiving the news of his death.

On that day I was leaving for America, if I had known it was the last time I would see my grandmother and father alive, I doubt if I would have boarded the plane that evening. I have learned to give people (young and old) their flowers at every given opportunity instead of waiting till they are about to go six feet under. Stop what you are doing right now and give some one their flower. It may be a phone call, a smile, a hug, a gift or whatever. Just do it now because tomorrow might be too late.

May the soul of my gentle father Dr. A. A. Oyairo continue to rest in perfect peace, Amen!

Facebook
Twitter
Pinterest
WhatsApp
Previous articleDoes Non-GMO Or Organic Mean It Is Natural?
Next articleEveryone Onboard A Medical Helicopter Transporting A Sick Baby Miraculously Survive A Crash In Front Of A Church

Irish Man Jailed For Repeatedly Raping And Assaulting His Sister

The Power Of “I Love You”

Raphael Adebayo, a former Muslim, found his calling on the streets as pastor to the homeless