From Designing Ford Motors to Redeeming the lost 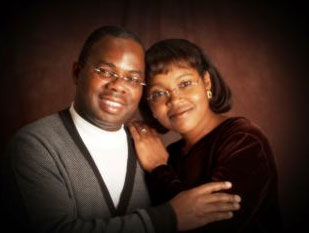 [dropcap]J[/dropcap]ames Oladipo Fadele was born on April 5, 1958 to a devout Catholic family in Nigeria. As a child, he used to carry his father’s Bible on his head as they went to church on Sundays. There was emphasis on Christian values in his home and Fadele saw himself becoming a Reverend father in the future. His father was a strict disciplinarian and knew the value of education; he encouraged all his children to go to school. Fadele loved school and he excelled in it, especially, in the field of Mathematics. Thus began the foundation for many years of formal education which served him well in his later years.

In 1982, he won a state scholarship to further his education; In Mechanical Engineering and Applied Mathematics from the Western Michigan University, Kalamazoo. Upon graduation from school, he got a job with the Ford Motor company as a

Mechanical Engineer and rose to the position of senior Design Engineer where he excelled immensely. While at Ford Motors he went on to receive his Master of Science Degree in Operations Research in 1990 followed by an MBA in 1993 from the Lawrence Technological University, Southfield Michigan. He attended Bible College at Birmingham Bible Institute, Birmingham, United States. His dream of owning his own business came to pass in 1995, he started a Car detailing business that paved the way for him to buy and own a Wendy’s franchise in 1996. The favor of God was upon him. He moved on to own a second Wendys’ franchise in 2005.

While Fadele was attending Western Michigan University, pursuing his Undergraduate studies he met his future wife Dr. Manita Fadele, a freshman taking courses in pursuit of a career in Pediatric Medicine. After three years of friendship, they got married on August 12, 1989, gave birth to three beautiful daughters and have spent 20 fruitful, blessed years together.

On his fiftieth birthday, his wife described him in her biography of him “throughout the 19 years of Marriage James has always remained a faithful, devoted and committed in all areas of his marriage and family life. Although he has confessed that there have been many challenges balancing family, work and Ministry, God has always been faithful in allowing him to achieve it. In today’s world, this is only God’s grace and favor!”

The General Overseer of The Redeemed Christian Church of God, worldwide, Pastor Enoch Adeboye grew up in the same compound as Fadele who saw him as a role model. Pastor Adeboye was a Mathematician and all the young men in the area wanted to be like him. They desired to walk in his humble footsteps without even knowing where God was eventually taking him to. According Fadele “Pastor Adeboye inspired and mentored me in the area of Mathematics. His favorite question then was “How is your Math?” 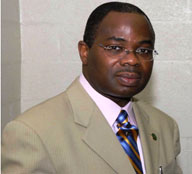 Fadele was not convinced he could do it so he gave excuses. In 1991, Pastor Adeboye visited his house in Detroit and encouraged him to start with himself and Fadele’s family in the basement of the house. That was the beginning. From the house, they rented a space and by April of 1992, the fellowship had metamorphosed into Winner’s Chapel, The Detroit branch with Fadele as Senior Pastor for more than ten years, became the first Redeemed Christian Church of God in North America.

From 1992 to 2001, James remained Senior Pastor at Winner\’s Chapel. Growing a church was a great learning experience with of course many challenges. Through it all he developed great leadership skills and matured in his Christian walk. James continually drew inspiration from Pastor Adeboye during these formative years and trusted God for everything.

In October 2001, during a Minister’s conference held in Dallas, Texas, Pastor Adeboye announced that Fadele would be the Chairman of the Board of Coordinators for the Redeemed Christian Church of God North America (RCCG, NA). This news came as a great surprise to him and his family. It was a tremendous task that spelt out sacrifice from the onset. Armed with grace and trust in God, Fadele accepted the position. Till date he sacrifices many weekends during each year to visit the various zones holding leadership and training sessions trying to ensure that the vision of the Church is carried along throughout North America. He also works tirelessly to develop National programs that would allow Pastors and workers to mature in their Christian walk and service at the local Church level.

In June 2006, Pastor Fadele and his Family relocated to Dallas, Texas to assist in the development of the Redeemed Christian Church of God’s 600 acres Redemption Camp in Floyd, Texas. His wife Dr. Manila Fadele, a co-pastor and pediatrician by profession, gave up her flourishing clinic to do the work of God full time. She has written very successful Sunday school curriculums for children in the church. In 2007, The Winners Assembly Church in South Dallas awarded her “Angel in the community award” for her tireless work in the ministry and community. To date, under the leadership of Pastor James Fadele, RCCG, NA has grown to include 22 zones and about 400 churches. 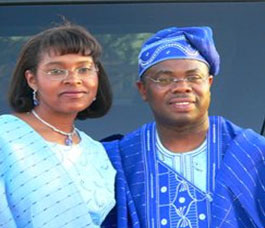 His position though continually evolving is tremendous, as He travels a minimum of two to three times out of the year to Nigeria for RCCG’s National Convention and Holy Ghost Congress led by the Overseer of RCCG worldwide; Pastor E.A.Adeboye. Despite the rigors of travel, he has also started the setup of the Administrative offices on the camp ground in Floyd, Texas and is also Senior Pastor at Throne of Grace (October 2006), the first Church at the Redemption Camp. Pastor James Fadele continues to do God’s work as a true leader and is a great source of inspiration to others around him.

Asked about his advice to pastors in the metroplex, Fadele reveals that communication, prayer and respect should be the key between a pastor and his ministers. He stressed the importance of a pastor making himself available for his ministers and members.

In conclusion, Fadele declared that his prayer is to finish the race well and, according to Acts 24:16, “maintain always a blameless conscience both before God and before men;” and Paraphrasing Philippians 1:20 that, “My earnest expectation and hope that in nothing I shall be ashamed, I will not put God to shame, nor put the church to shame and will not put my family name to shame.”