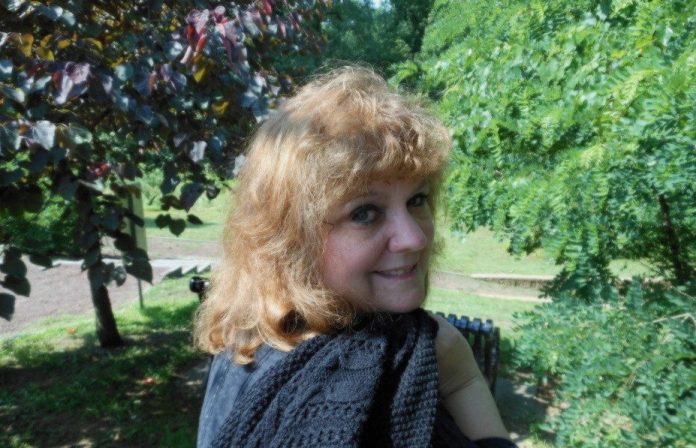 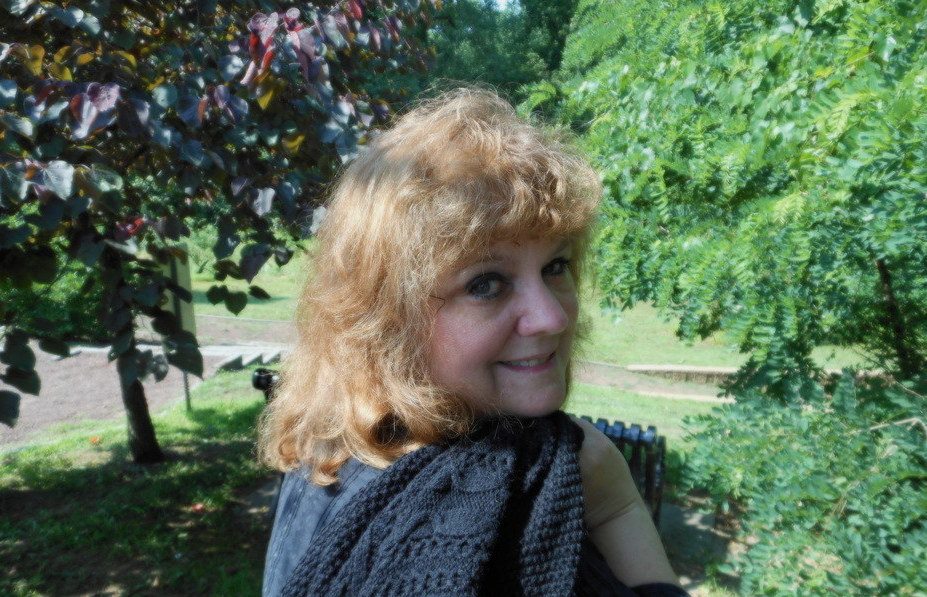 [dropcap]T[/dropcap]hough Halloween is over, Satan remains active year-round, quietly deceiving the unaware in many ways. In the following story, one lady who thought she was a Christian even wound up in witchcraft. Clearly, we must remain alert, because the devil never stops “looking for someone to devour” (1 Pet. 5:8, NIV).

–chorus, Gary S. Paxton gospel song, “He Was There All The Time”

Selah Ally Tower thought God had abandoned her, triggering a spiritual odyssey that led to more than 10 years in witchcraft.  She realizes now, however, that God had never gone anywhere at all.

When she reached her 20s, all that changed when she surrendered her life to Christ at a large crusade, becoming a born-again Christian.  Eventually, she switched to a nondenominational church run like a close-knit family that demanded heavy accountability, even dictating how to live.  For example, it taught the man is king of his household and the wife is to be submissive.  Another teaching was that as long as she sought God’s ways and His will, life would be good.

She met her now ex-husband in that church, marrying in 1981 at age 24.  She began her marriage with a deep desire to glorify God, resolving to lay aside her strong-willed nature and obey her husband as her church taught.  Eventually, the church’s teachings got put to the test as her husband’s behavior began spiraling out of control.  Bills were not getting paid, utilities were getting shut off, and he became increasingly abusive with their three kids, according to Ally.

No one knew at the time, but her husband was physically incapable of meeting the church’s expectations.  He was bipolar—a diagnosis that would come much later.  As the situation deteriorated, Ally began counseling with the pastor and his wife, all the while praying for a breakthrough.  Quoting Scripture, they told her if she sought God, He would give her the desires of her heart.  Therefore, if she did not receive the answer, that meant she was not praying enough.  However, she felt she was already doing enough, praying and fasting and crying out to God, yet her husband worsened.

“Nothing seemed to help, and everything was falling apart around me,” says Ally.  “I felt that God’s Word wasn’t working, and I just got to the point where I felt helpless and desperate.  I felt God had abandoned me.  I felt betrayed that He was not coming to my aid.”

While lying on the floor in her desperate state, Ally came to a new resolution—to reassume the control of her life she had voluntarily set aside, feeling that everyone had let her down, including God.

Ally noticed one of her husband’s books on a shelf about a satanist who had become a Christian, and began reading.  In the end, she felt no real attraction to his former life, but thought she would further research the occult out of curiosity.

As she began reading everything she could find in the library, the cry of her heart was to stop.  Instead, however, she went along with another voice that basically said: “If you’re not receiving His blessings, what would make you feel you’re going to get curses if you don’t do what He said?”

Ally can now clearly see the tug-of-war for her soul that occurred.  Doubt had already caused her to stop reading the Bible, and to even disregard anything clearly against Scripture she had found in her occult reading.

I had the enemy offering me the fruit like in the Garden of Eden,

she says.  “Eve doubted what God said was true because the enemy twisted the words of God.  I doubted God’s Word for my life.  I had a fruit of knowledge the enemy had put in front of me and I ate it, and that opened up a whole new world for me—a knowledge I had not known before.”

The tug-of-war continued throughout her trips to the library.

“I’d come home and I had this thirst to read and read more,” says Ally.  “I would feel so heavy, a heavy load on me.  It would be so much that I had to stop and would put it away, then go back to it.  I couldn’t put it away.  I had to read more.  It was like an addiction.”

Without peace for so long, Ally liked what she read about living in harmony with nature and oneness with not only people, but animals and plants.  Particularly attractive was the emphasis on the feminine part of deity.

“I felt the men in my life had all let me down,” she says, “so the concept of having a female goddess was appealing to me at the time.”

This led her to begin focusing her reading on Wicca, a diverse, difficult-to-define witchcraft centered upon nature and goddess worship that claimed to empower women, encouraging them to take charge of their lives.

Running out of library material, Ally felt drawn to a full moon one night that seemed so bright and with newfound appeal.

“I walked out to an area and stood there and with what little knowledge I had at the time, called on the goddess to give me wisdom and send me someone to teach me her ways,” she says.  “I felt this energy flow through my entire body.  I went inside, and my kids were asking me why I was glowing.  I then realized I had taken a step that had opened the door for me.”

Shortly thereafter, she saw a classified ad for a witchcraft correspondence course, which she says are common in the pagan community.  She then embraced the lifestyle, beginning each day with reading or meditation, then contacting her spirit guide.  Throughout the day she would listen to the goddess speaking through nature.

She became part of a coven—a small, close-knit group of like-minded people that regularly gathered at certain moons or times of the year to do rituals, work spells or magic, and more.  Meanwhile, Ally remained in touch with the pastor and his wife and occasionally attended church.

“God’s Spirit would kind of nudge me, and I’d go back,” she says, “I would wind up getting into a debate, then stay away for a real long time.  Then I would feel the nudge to go back, then would get into another debate.”

Along the way the church banned her, but the pastor invited her back when he realized God was speaking to her in a dream she shared.

However, when the church eventually ex-communicated her again, she became bitter, refused to hear anymore about God, and devoted herself completely to witchcraft.  A month later, though, during a phone call with her pastor, she was surprised when he invited her back to church to speak with a visiting ex-occultist.  Though the woman was a no-show, Ally was not, finding herself crying throughout the service, perplexed at her reaction because she was perfectly content in Wicca.

A couple days later, she told the pastor she was still crying.  When he replied that God was touching her, she asked to return.  She only wanted to prove to herself it was mere emotion and would not happen again.  It was Halloween season when she returned, again finding herself crying throughout, totally flooring her.

However, when Ally heard Halloween mentioned, she became uncomfortable and got ready to leave.  A woman then came over, hugged her, told her God loves her, and sat holding her hand, saying she came at God’s direction.  Thus, Ally could only grit her teeth in anger at the Halloween sermon.  When the woman finally left at the end, and the pastor announced they were going to do spiritual warfare against the season, Ally quickly left.

Once outside, she realized she left her purse and keys inside.  Quickly retrieving them, she tried another hasty escape, but then heard the pastor declare, ‘You can’t run from God.’

“I just stopped,” she says. “I felt an enormous love completely encompass me, overflow me—like God himself came down and wrapped His arms around me.  He just swept me off my feet and saturated me with love beyond words.  I encountered the love of God with such intensity that I simply couldn’t deny nor reject Him any longer.”

She stayed to pray with the church’s prayer team and accept Jesus.

“It wasn’t as though I had some horrible experience with witchcraft,” she says.  “I just couldn’t say no to the overwhelming, all-consuming love of God.  I had a new awakening.  I realized He did love me and had never left me, even in my darkest hour.  I had thought He abandoned me, but He was always there.  I went home that day knowing there had been a change in my life.  At that point, I knew I could no longer continue living my life as a witch.”

After more than 10 years in Wicca, Ally simply walked away and suffered no repercussions from the coven.  Today, Ally remains single and twice a grandmother, an author still living in New Jersey.  In her third book, “From the Craft to Christ,” Ally defines Wicca and the church’s response and features 10 testimonies from former Wiccans.

She says Christians have many misconceptions about Wiccans. While Wiccans are misguided because they refuse to acknowledge Jesus as God, turning to the wrong sources, neither are they all-out evil satanists indulging in animal and human sacrifices. Instead, she says, Wiccans are law-abiding citizens who respect nature, and seek to bring about good. Therefore, Christians must not regard them as the enemy, but as people God loves and wants to restore to right relationship.

“What God showed me a long time ago, and this is my prayer,” says Ally, “that they would see through the eyes of the Father and hear through the ears of the Father and recognize the words someone is saying as through the mouth of the Father.  Be a friend.  Be a loving example of Christ.  You don’t have to approve what they do, but love them where they are.  Share Christ in a way that’s real and share His love with them.  Love is what did it for me.  Most witches are ready for an argument.  They’ve got the argument figured out, but what they’re not expecting is love.  To draw them to Christ, we need to show His love.”

Meanwhile, among the many lessons Ally learned is that her standing with God is purely due to His love and grace, not through following regulations, and that He remains with her all the way.

“I can look back and see points of my life when His hand was there and He was guiding me along,” she says.  “I think I have an understanding of His love that is so beyond what our understanding of love is.  And that love is so deep and so wide and so strong that there is nothing that can separate us from the love of God—His love is that strong.”