Domestic violence: Why We Must Confront the Abuse of Women 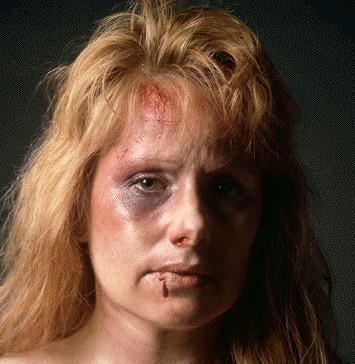 [dropcap]T[/dropcap]he church cannot be silent while the world addresses the worst social injustice of our times.

Police in Bogotá couldn’t respond fast enough. When they found Rosa she was unconscious and barely breathing. She had stab wounds in her back, she had been raped and beaten, and a jagged piece of wood had been shoved into her vagina. Official reports said the 35-year-old single mother, who had been studying to finish high school, had been impaled.

She died on May 28, and 1,000 Colombians gathered in the park where she was attacked to decry the horrific violence against women that has become a national trend. They carried signs that said, “NI UNA MAS!” (“Not one more!”).

I traveled to Colombia last month to add my voice to this chorus, and to remind the Colombian people—especially its women—that Christians from other parts of the world are praying with them for an end to this bloodshed. I told women in the city of Santa Marta that the gospel of Jesus Christ offers the best answer to the degradation of women that occurs worldwide.

Last year alone, 51,000 women in Colombia were victims of rape or sexual assault, and similar rates can be found in Mexico, Peru, Ecuador, and Bolivia. But the problem of machismo, the harsh male superiority that characterizes much of Latin America, is not just a Latin American problem. The oppression of women is a global phenomenon. Consider these facts:

I recently met New York Times columnist Nicholas Kristof, who is the co-author of the best-selling book Half the Sky. He investigated the largely unreported phenomenon of gender injustice and concluded that it is the most crucial social issue of our day.

Kristof believes that just as slavery was the key social justice issue of the 1800s, and freedom from tyrannical government was the overarching issue of the 1900s, justice for women and girls will become a primary focus in this century. I agree, but I wonder: Will the church sit back and watch secular activists address this cause, or will we enter the fray?

We have a Savior who cares about the pain of women. Jesus ministered in a male-dominant culture in which women were marginalized, demoralized, abused, denied rights, and judged as guilty before they could be proven innocent. Yet He defended women from their accusers, healed them, empowered them, invited them to become His disciples, and allowed them to be the first to announce the good news of His resurrection.

Jesus was the ultimate champion for women’s rights. We cannot truly reflect His heart or carry His message unless we follow His example.