Death has no dominion over you 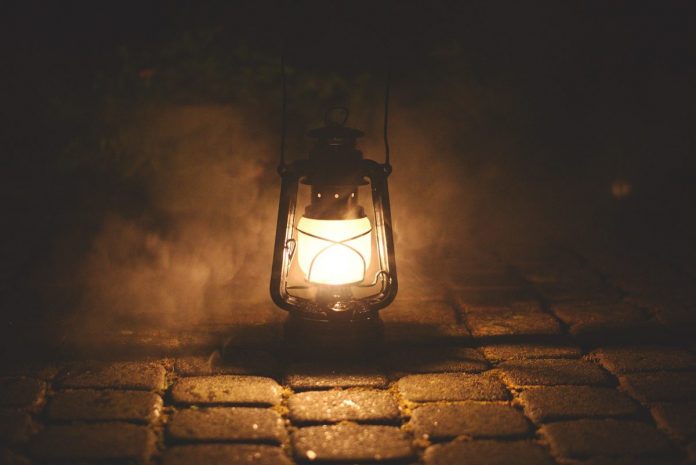 Are you afraid of death? Many people for fear of death have taken wrong steps and decisions, yet death has no power over a Christian believer, except he or she allows it. God promises to satisfy you with long life (Psalm 91:16) and to fulfill the number of your days (Exodus 23:26). This article seeks to free you from the fear of death and its consequences.

And release those who through fear of death were all their lifetime subject to bondage- Hebrews 2:15 (NKJV).

Now if we died with Christ, we believe that we shall also live with Him, knowing that Christ, having been raised from the dead, dies no more. Death no longer has dominion over Him – Romans 6:8-9 (NKJV).

Fear of death is a weapon with which the enemy has held many in bondage. Fear of death has caused many to follow the dictates of the devil. Also, people walk about with fear of sudden attack because they are afraid of dying, and as such open the door for the enemy to attack them; for the scriptures say the following: fear has torments (1 John 4:18), your expectation shall not be cut off (Proverbs 23:18, KJV), as man thinks in his heart so is he (Proverbs 23:7), and you shall have what you say (Mark 11:23). When you expect negative things and confess the same, it won’t be long for them to become realities in your life. You need to beware of this temptation to fear death and resist it!

Death the last thing to be destroyed (1 Corinthians 15:26) has no dominion over Christ, and anyone who receives Jesus as his personal Lord and Saviour also enjoys same victory- death has no dominion over him. Fear of death is of the devil but the fear of the Lord is life and it turns you from the snares of death (Proverbs 14:27). God has not given you the spirit of fear but of power, of love and of a sound mind (2 Timothy 1:7). You didn’t receive the spirit of bondage again to fear, but of adoption so you can cry out “Abba Father” knowing that He is your Sun and Shield (Psalm 84:11), and your life is hidden with Christ in God (Colossians 3:3). Who then can touch you? If God be for you who can be against you? (Romans 8:31).

You need to know who you are in Christ and your position in Him and walk in that consciousness. You are seated in heavenly places in Christ Jesus far above principalities and powers (Ephesians 2:6, Ephesians 1:20-21). Though you live on earth, you are a citizen of heaven and have all the backings and protections of heaven. As such what is not obtainable in heaven is not permitted to manifest in your life.

Is it that you will live forever on earth? No, but that according to God’s promise in the scriptures, you are to be satisfied with long life and that you will fulfill the number of your days. Anything short of this promise you are not to allow through sin or fear of death. You are to go about your daily business believing that no evil will befall you and that no plaque is permitted near your dwelling, a thousand may fall by your side but non shall come near you. In fact, you are to believe the fulfillment of Psalm 91 in your life.

Shadrach, Meshach, and Abed-nego in Daniel 3 had dominion over death. The furnace that killed others could not kill them because they knew who they were in God and believed in God’s ability to deliver them. They didn’t give in to the fear of death and so did not take the wrong decision; rather they choose to obey God. Also, Daniel had dominion over death. They threw him into the lion’s den but the lions couldn’t eat him, but when those who conspired against him were thrown in, the lions had a great feast (Daniel 6). Daniel overcame because he didn’t allow fear of death to stop him from serving his God. And God proved Himself faithful in his life.

Furthermore, Paul manifested a great dominion over death. In Acts 14:19-20, certain Jews persuaded some people to stone Paul, after which they cast him outside the city thinking he was dead, but he got up and left the city alive. To crown it all, he reached a point where he was between the desire to live or to depart and be with Christ (Philippians 1:21-26). Paul was a child of God like you, and God has not changed. The difference is that Paul believed God’s word totally and trusted in the Lord to do what He said He will do.

Therefore, whatever may be happening around you, no matter what you see or hear, don’t give in to fear of death, instead believe God to fulfill Psalm 91 totally in your life. Don’t open the door through sin, and your testimony will be like Paul’s testimony. May God satisfy you with long life and fulfill your number of days in Jesus name.

Ngozi Nwoke is a teacher, counselor and author of “Peace Money Can’t Buy” and “The Man Jesus” . She has a passion to teach people how to enjoy peace, God’s love and christian living for more fulfilling life. Want more fulfilling life? Subscribe for free email updates today. http://stepswithgod.com