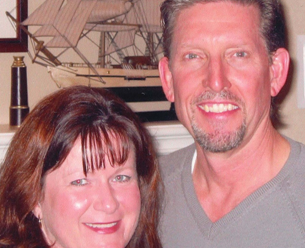 Owning their own business started as a dream for Bruce and Camella Binkley. They longed for an avenue that would support them as a family, and provide the necessary funds needed to support their ministry as missionaries to different parts of the world. Their focus was on the poor, widows, and orphans. In 1995, God granted their hearts\’ desire as they purchased an Express Personnel Services franchise in Waxahachie, TX, that experienced phenomenal growth and most importantly, helped them to accomplish their dream of traveling to different parts of the world as missionaries.

Hence, the birth of their ministry, â€œNew Name Mission Society International Inc.â€, a non-profit organization in 1995. Ever since, they have been to South America, Mexico, Vietnam, and several countries in Africa assisting in orphanage support, feeding programs, building homes for critical need families, distribution of bicycles for children, wheelchairs supplied for those with disabilities, provision of surgeries for children with handicaps, and life-changing educational opportunities. Since 2002, they started traveling abroad more, and the awesome thing is that their business funds ninety percent of their missions.

In March 2006, Bruce and Camella, traveled to Vietnam under the sponsorship of an organization known as â€œGiving It Back to Kids.â€ Incredible things were accomplished for children who are living in tremendous adverse circumstances. The program included free wheelchair distributions, bicycles for under privileged children, the building of kindergartens, orphanage sustenance and medication programs, and heart, eye, and orthopedic surgeries for children. According to Bruce, â€œwe walked in amazement as we saw children\’s lives saved through heart surgeries, chances for children to experience normalcy through orthopedic surgeries, nourishment and meditations brought to languishing babies in orphanages, and joyous children receiving bicycles that will enable them go to school and help their families.â€

The Binkleys wanted to meet every need they saw. While in Vietnam, an encounter with an â€œenemy became a story of forgiveness.â€ On meeting a man who had lost three sons in the flood of 1999, and had his only surviving son confined to a wheelchair, Bruce\’s eyes began to fill with tears. He was heartbroken to find out the young son in the wheelchair was crippled as a result of Agent Orange, which had to do with the aftermath of the Vietnam/American war. As a Veteran that was part of the same war, Bruce asked the man if he was a Soldier. His answer brought Bruce face to face with feelings and emotions he did not know existed. He was face to face with effects of the war on someone from the other side of the conflict. They hugged each other, wept together, and Bruce prayed for the blessings of the Father to come upon the man.

Their last trip to Zimbabwe found them looking for ways to help the people of the country. Their hearts always go out to the orphaned children. Ivordale\’s Children\’s Shelter in Harare, Zimbabwe is one of their favorite spots to visit in Zimbabwe. Despite the population of children with HIV, the Binkleys unfailingly show as much love as they can to these children by hugging them, holding and playing with them, and most importantly, letting them know that they care.

The beautiful thing about the Binkleys is that their children, B.J. and Jessica, are following in their parents footsteps. They went with their parents during their last trip to Zimbabwe and got inspired to spend more time and continue doing things for the country. According to Camella, â€œit\’s become a family affair.â€

If you are interested in donating to New Name Mission Society International, please send your donations to Bruce & Camella Binkley, 507 Ashburne Glen Circle, O villa, TX 75154. All donations to New Name Mission Society International are tax deductible. Pray for the Binkleys that God will perfect everything that concerns their lives and ministry in Jesus name.

Pray for God\’s protection and grace to be upon them whenever they travel to the mission field in Jesus name. They are also blessed with a loyal and understanding staff that takes care of the business while they are on the mission field, fulfilling their hearts\’ desire.