Brothers Find Each Other 77 Years After Being Separated 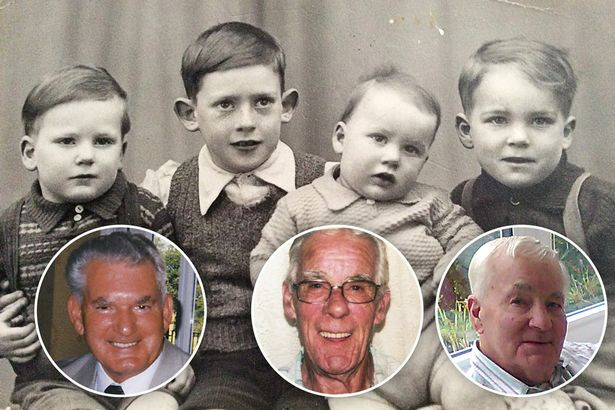 After enduring the horrible experience of being separated for 77 years, a pair of long-lost brothers, Ted Nobbs and Geoff are set to be reunited. 83-year-old Ted who was a child when he was torn away from his 79-year-old little brother, Geoff in 1945,  spent 10,000 miles apart following the devastation of the Second World War.

The war-induced fracture of the family would also see Ted, along with siblings Barry and John, separate from their youngest brother Geoff after their mum tragically died of cancer at age 30 in 1945.

Due to their father’s inability to cope with caring for Geoff, who was 1 at the time, he made the difficult decision to offer him up for adoption to give him a chance at a better life.

Geoff moved to Australia in 1951 at the age of seven and has lived there ever since, going on to have eight kids and grandchildren of his own.

Ted, Barry and John tried several times over the years to find their little brother without any success.

However, they found luck in 2014, four years after eldest brother John passed away when Geoff tracked down Barry and sent him a letter. This set off an instant chain of events that eventually led to a conference call that reunited the brothers.

The grandfather-of-three took the 22-hour flight on Sunday for the big reunion on his own, as brother Barry was sadly too ill to travel.

Geoff currently lives just south of Sydney and has eight children himself, with his most recent job being working with horses before he retired.

“I haven’t flown for 50 years,” Nobbs said. “I had to get a passport again. It doesn’t worry me, I’m quite happy to go… to be able to give him a hug is going to be wonderful.”

Watch Ted narrate the very touching story of his family: